I think most of us know what a kit gun is—a light, handy revolver that fits easily into a hiking or fishing kit, or even a pocket, and is accurate enough for most chores. This includes taking out a dangerous reptile or knocking a squirrel out of a tree. Of course, a revolver may be pressed into service for self-defense as well. When we are tied up with tackle boxes or hiking gear, we don’t need something too heavy; we need something in the pocket or on the hip that can be easily accessed. While the kit gun has traditionally been a .22 caliber, my vote goes to something larger. The .38 Special may be too much, but the .32 H&R Magnum seems just right. 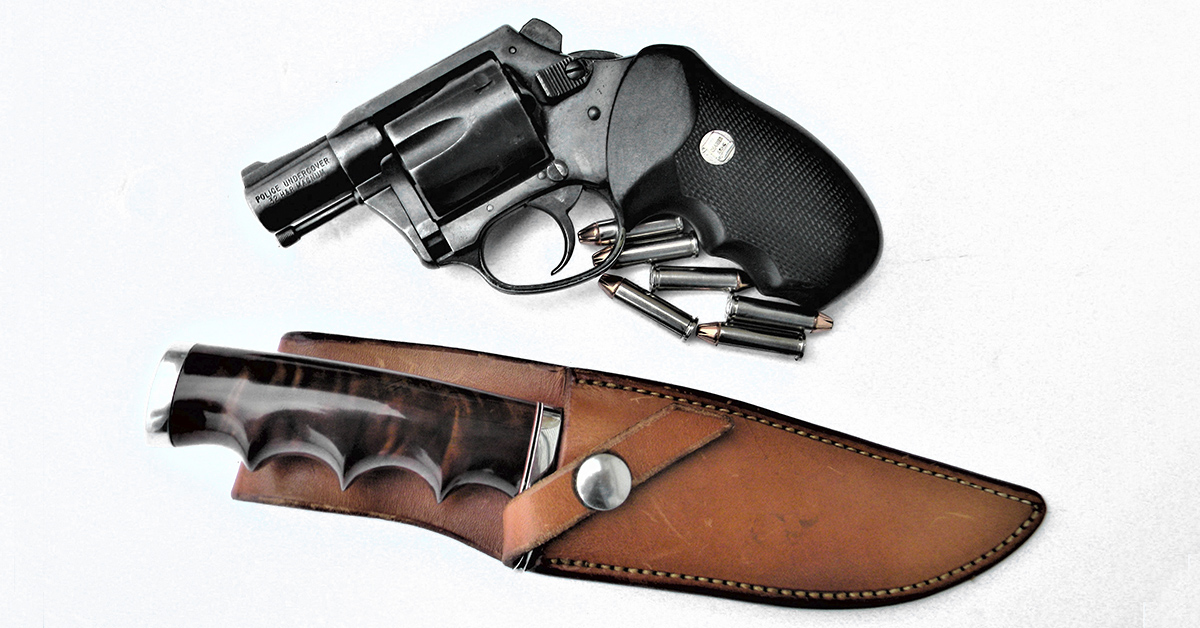 My experience with .32 caliber outdoors guns goes back fifty years. I began taking game with a handgun by using my grandfather’s Colt Detective Special in .32 Colt New Police, a .32 Smith & Wesson Long by another name. The revolver was quite accurate to 15 yards or so, and I used a Lee Loader to make ammo for it. The long-defunct Taurus bullet company supplied swaged lead semi wadcutters. At 700 fps or so, these loads were authoritative on small game, although I would not wish to rely on such a load for defense use. The .32 H & R Magnum is an improvement over the .32 Smith & Wesson Long. I think it is a misapplication for defense use compared to the .38 Special, but it is a great all-around outdoors revolver. 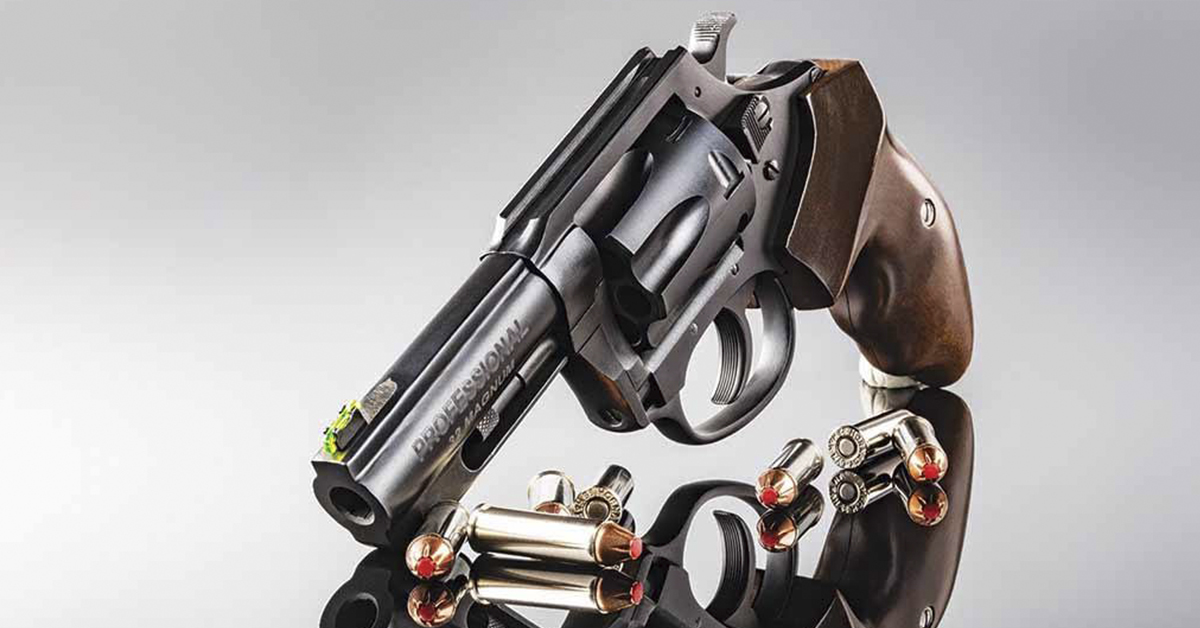 Charter Arms introduced a four-inch barrel Professional revolver a few years ago. This seven-shooter is a handy piece yet is a bit large for a kit gun.

My .32 Charter Arms is a Police Undercover. Usually found in .38 Special, this is a pawn shop find in .32 H&R Magnum. The six-shooter features a two-inch barrel and bobbed hammer. If the hammer isn’t a factory job, it is a very good piece of work.

The grips are Pachmayr—much better than the thin factory stocks usually found on 1980s Charter Arms revolvers. (The .32 H & R Magnum was first offered by Charter Arms in 1985). This handgun features a matte blue finish. The sights are broad and easily acquired. The front sight is a standard post. The revolver fires high with any load but this is easily accounted for. Windage is dead on.

The trigger action is double action only since there is no hammer spur. It isn’t Smith & Wesson smooth, but it is useful. The trigger press gets off to a smooth start, meets a gritty wall, and then the hammer breaks and falls. In rapid, double-action fire, it isn’t difficult to keep six shots in the X ring at seven yards. The revolver is useful for taking out small animals to perhaps ten yards for those who practice. The real value here is an 18-ounce revolver with more power than a .22, but which offers low recoil, uses a relatively quiet and useful sub-load, and which may have a role in personal defense.

A few months ago, a bobcat ran through a campsite and bit seven people not far from my hometown. The cat wasn’t caught so all had to undergo rabies shots. A fast handling .32 Magnum would have made short work of the beast!

I like Charter Arms revolvers and have owned quite a few over the past forty years. They are reliable, offer reasonable accuracy, and are affordable. My pawn shop find often rides in the back pocket.

Below is a chart with the firing results of several loads I have used in the Police Undercover. As you can see, this is no powerhouse but, in a pinch, it would be better than a .22 for personal defense. The groups were fired double action from an MTM K-Zone shooting rest at 7 yards.

*stout load to be used sparingly

The primary mission of the kit gun is to dust off vermin and dangerous small animals around the camp or trail. It isn’t ideal for personal defense but would serve in a bind.

What I Like About the Charter Arms Police Undercover:

Weighed against small Smith & Wesson revolvers, this handgun isn’t very smooth, but it is much less expensive. The Taurus revolver, especially those in stainless steel, may offer superior performance. Also, a .32 H&R Magnum revolver is difficult to come by these days.