I first saw an optic-equipped pistol in the mid-1970s. I was competing in Bullseye matches at that time, and competitors were mounting long eye relief fixed 4X scopes on the slides of their .45 caliber 1911s. This was especially true of older shooters who were beginning to suffer from presbyopia, which is an age-related stiffening of the lenses in the eye. Presbyopia makes it difficult to line up the sights on the target.

There were several ways of dealing with this problem, but scopes were the simplest solution since they place both the reticle and the target in focus at the same time. Unfortunately, people who mounted scopes on slides did not account for the G-forces exerted on the scopes when the slide accelerated and decelerated as it moved back and forth. Thus, many scopes wound up in factory repair shops. The folks at Leupold studied the problem and found that the forces of acceleration and deceleration on a moving .45 cal. 1911 slide ranged between 2,000 and 4,000 Gs. No wonder the scopes were breaking!

Red dot sights were developed in 1974. In the decades that followed, red dots became smaller and sturdier as the experience of manufacturers grew. Today, we have rugged, highly advanced solid-state small red dots like the Vortex Venom, which can stand up to being mounted on all types of firearms. 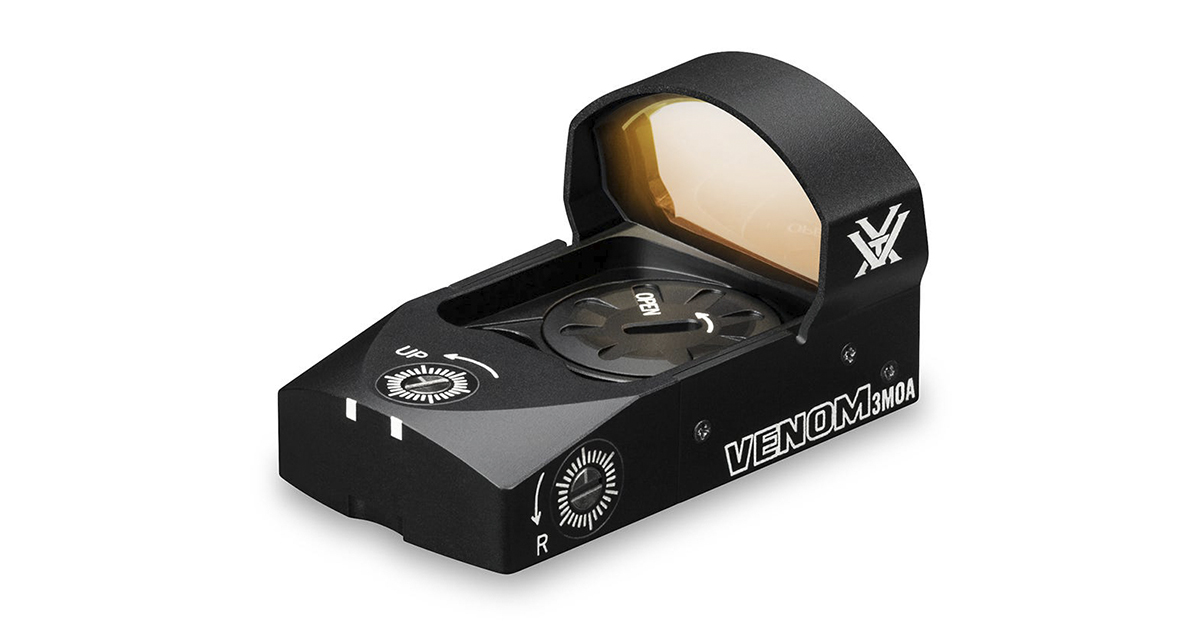 The Vortex Venom is a small red dot sight that weighs only 1.1 oz. Even when attached to the included picatinny rail mount, the total weight of the sight and mount is a light 3 ounces. Therefore, no matter where you mount it on a rifle, shotgun, or handgun, it is so light that there is no perceptible effect on your gun’s balance.

The Venom has three modes of operation: off, manual illumination adjustment, and automatic illumination control. Most people will probably use the automatic setting because one of the last things a person needs to do when hunting or when involved in responding to a critical incident is to shift his or her attention from shooting to adjusting the brightness of a sight’s red dot. 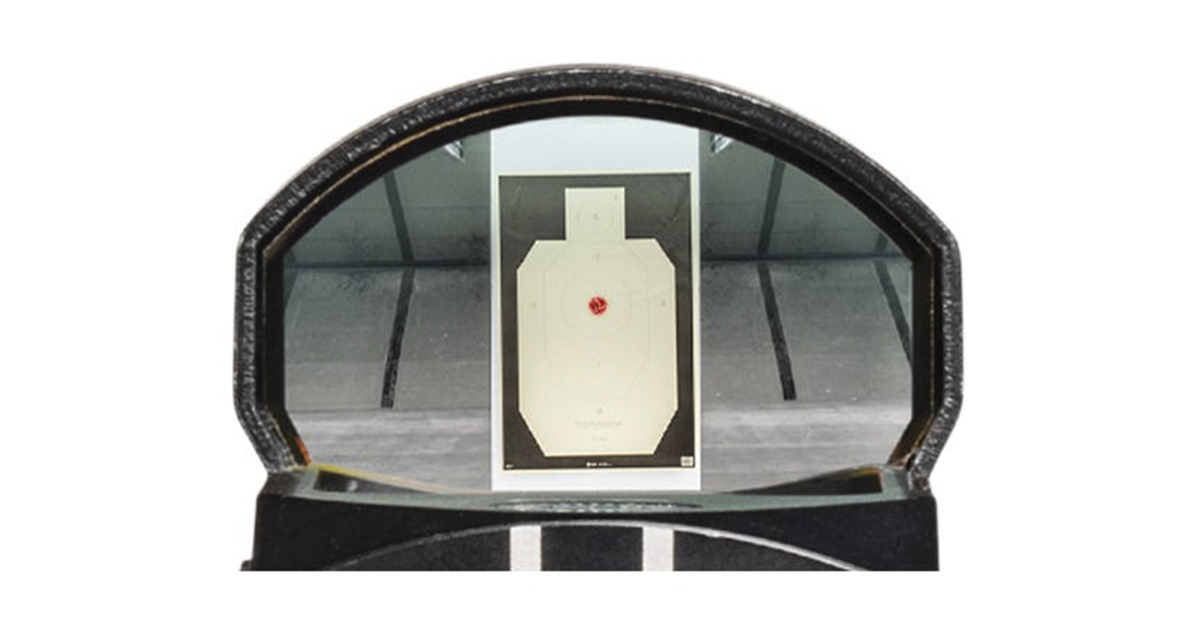 The Venom comes with either a 3 MOA or 6 MOA reticle. Those who use a firearm for CQB or competitions with targets that are set at close range may prefer the larger 6 MOA dot. Larger dots do make it easy to quickly acquire an aim point.

I prefer the 3 MOA dot, especially when the sight is mounted on a rifle. That’s because when shooting at 100 yards and beyond, a big 6 MOA dot makes precise bullet placement difficult. 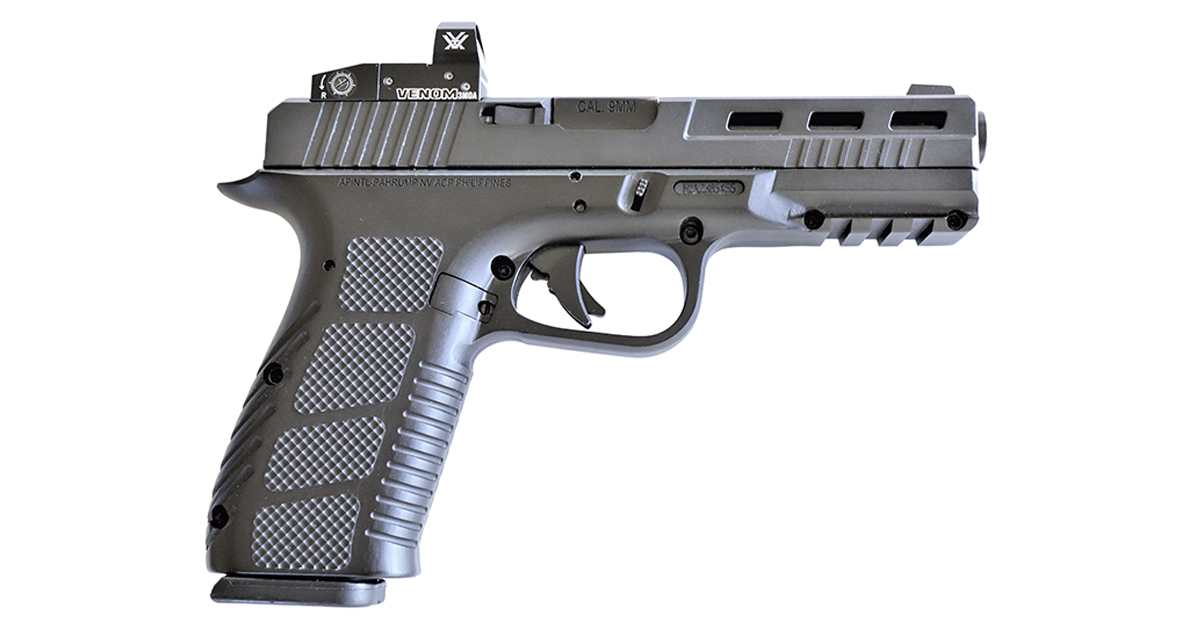 The Viper has other important features, such as O-ring seals that keep out dust and moisture. Its oval viewing window has multi-coated lenses that are protected by a scratch-resistant Armor-Tek coating on the outside surfaces. In addition, the Viper’s body is made of rugged, shockproof anodized aluminum that resists damage from recoil and impacts. These features, along with infinite eye relief and zero parallax, make the Venom a good value for its $349.99 MSRP.

Live-fire testing involved mounting the Venom on a Rock Island STK 100 9mm pistol and using it to shoot steel plates at 15 yards. It also included an action drill at the same distance. 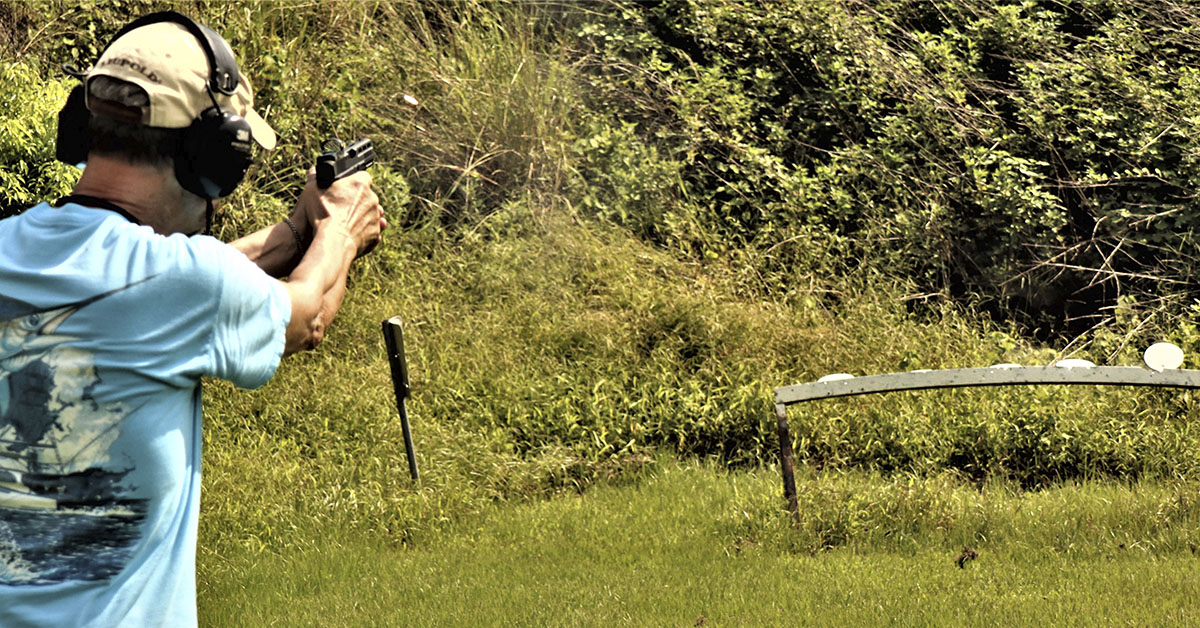 When shooting steel plates from low ready, the Venom’s bright red dot came up on target quickly and the plates fell with authority. The action drill involved visualizing an attempted backyard robbery. A photographic target from Law Enforcement Targets was used to add realism. It depicts a man wearing a fatigue jacket pointing a Glock pistol at the participant. 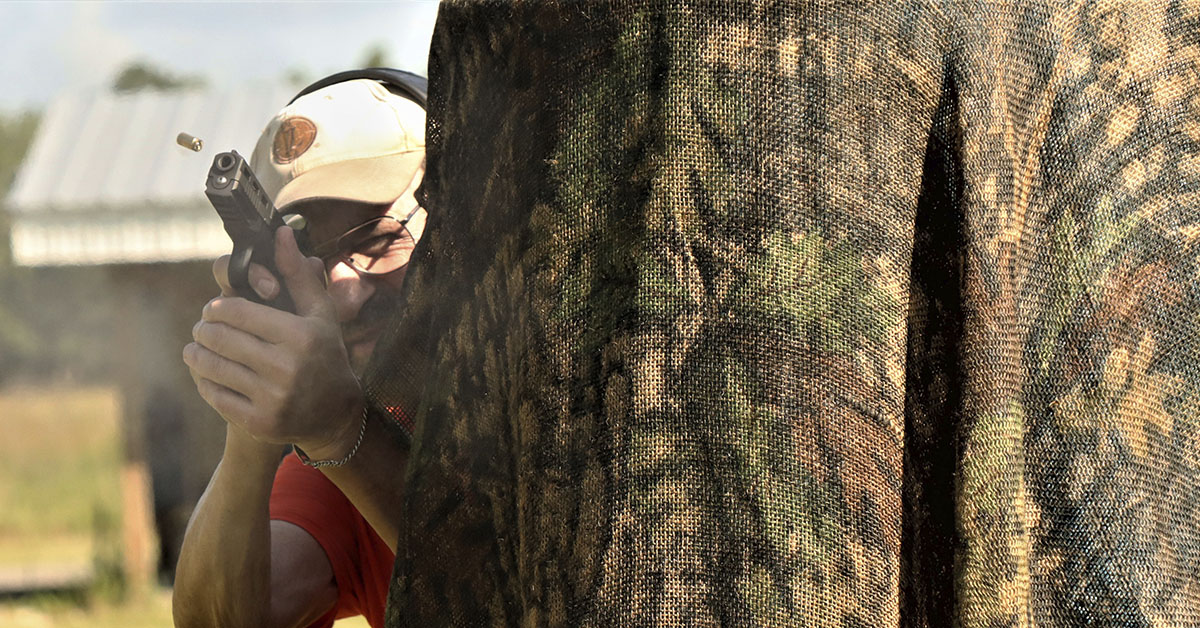 In addition, I stacked a couple of barrels and covered them with burlap camouflage to simulate a tree trunk. When the buzzer on my Competition Electronics shot timer sounded, the drill called for me to sidestep behind the simulated tree and take cover while drawing the pistol from concealment, placing the Venom’s red dot in the middle of the target’s chest and firing two shots. The drill was run five times and all ten shots were on-target.

The Vortex Venom is a rugged and well-made red dot optical sight that offers a considerable number of advanced features for a reasonable price. For the person who wants a well-made red dot without paying $500 or more, it’s certainly worth considering.

What I Would Change 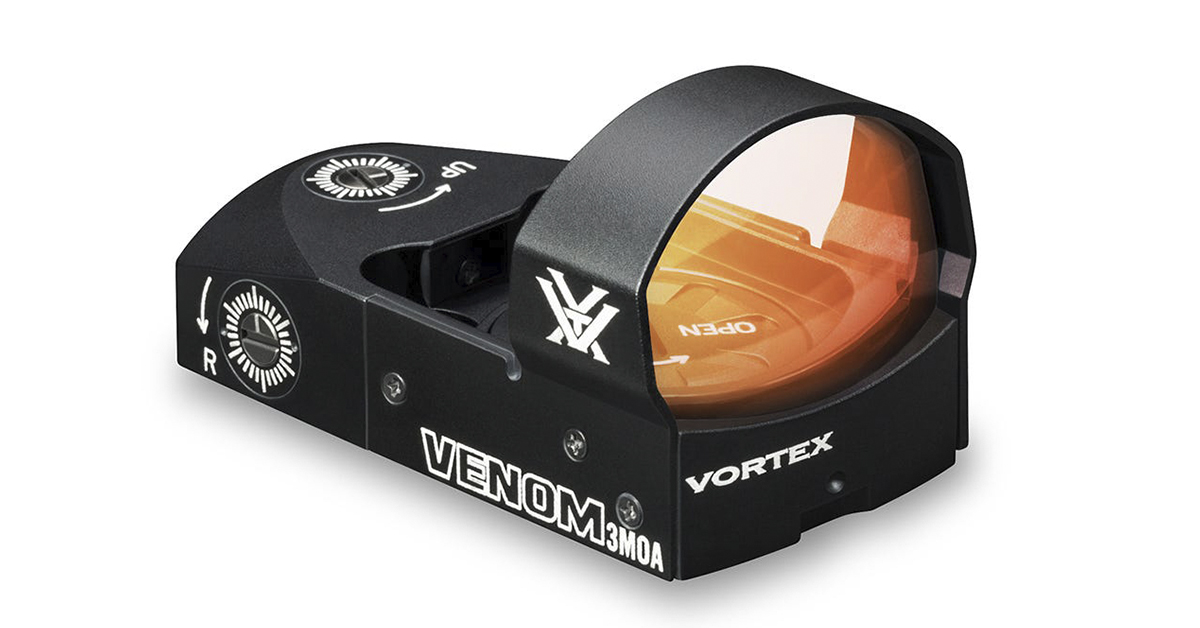