Henry’s unconventional shotgun may have a novelty flair about it, but it is all business when it comes to practical performance

When we teach the New Gun Owner: 101 courses at Renaissance Firearms Instruction, we make sure that we cover the subject of stockless shotguns, particularly how to fire one without injury. Being that this course is built to be as simplistic as possible, we advise all shooters with firearms like these NOT to hold them at eye level, as that’s a good way to learn about dental implants. Is it really fair, though, to apply that information across the entire gauge spectrum? To answer the question I decided to do some testing with the Henry Brass Axe…a .410 shotgun-like firearm that has a surprising amount of utility.

Before we go any further, let’s take a look at the .410 shotshell. Since it is small in nature, it doesn’t garner its fair share of respect; however, what most folks don’t realize is that even light birdshot has more than twice the energy of the average .45 ACP at the muzzle. We certainly wouldn’t call grandpa’s 1911 anemic, would we? Sure, it’s not 12 gauge and will never have its range or pattern, but if we consider the application, it just might be a desirable trade-off. The reduced recoil allows us to sight down the barrel and hit more with ½ oz. of lead than we could with 1-7/8s.

The Henry Brass Axe is built around two important factors: controllability and utility. As it is a lever-action, the loop provides a secure means of grasping the ax-handle grip while the matched walnut forend offers a home for the support hand that doesn’t have to cycle the action.

Loading has been simplified as well. You can feed the new firearm from either the front of the tube or the side loading gate. Or, if you are so inclined, load from the rear and empty out the front, which is exactly what I like to do when working with it. Henry advertises a capacity of five; however, it is cutting itself short a bit as the cartridge count is six when you include one in the chamber.

Regarding utility, the Axe is drilled and tapped for a pair of bases or a rail. While it wouldn’t be wise to top it off with a scope, I could see a large-window red-dot optic doing a world of good. Lastly, the barrel comes threaded to accept Invector-style chokes to adjust the pattern as you see fit for the application. 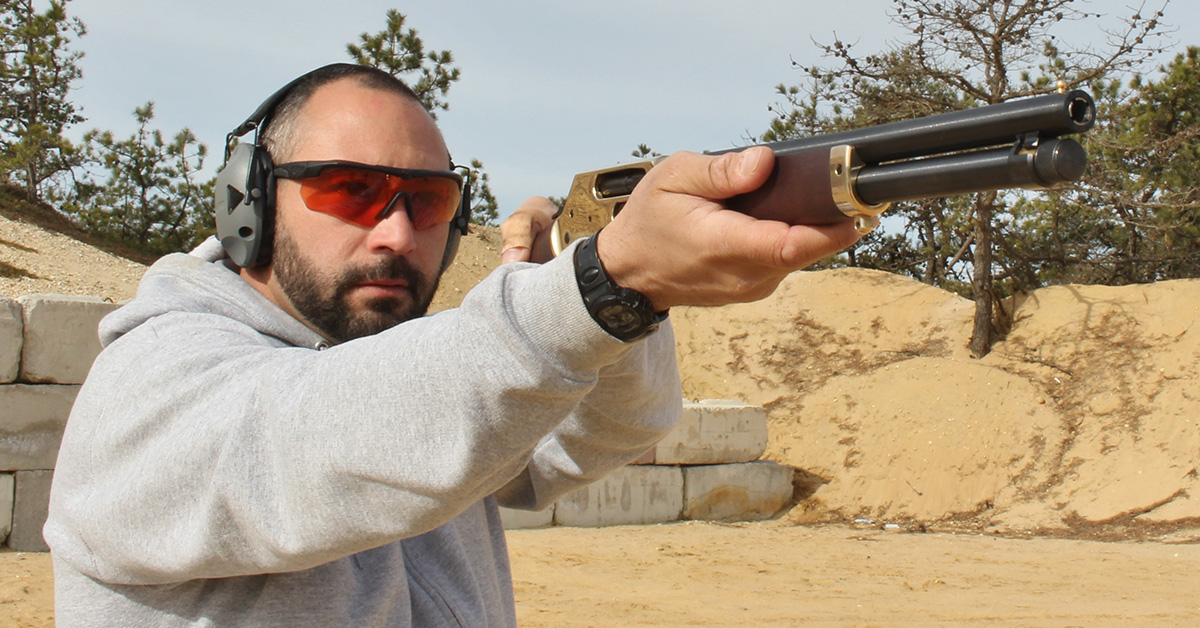 I decided to test the gun for its value in both a target shooting setting as well as hunting, using ammunition that was appropriate for each activity. For the task of turning critters into fritters, I selected Remington’s Express Extra Long Range XRL load, which delivers a ½ oz. payload of #4 on target at an estimated 1250 feet per second. For dusting clays, I went with Federal’s TOP GUN load filled with ½ oz. of #7.5 shot flying at an estimated 1330 fps. Henry includes a full choke with the gun and being that .410 doesn’t have much range to begin with, I left the gun in its factory state and headed to the range.

The first thing that I wanted to check was how much velocity was given up with the 15.1-inch barrel, as shotguns are typically much longer. Starting with the Remington load, I was pleasantly surprised as I fired a ten-shot average that was actually 12 fps higher than the advertised velocity. Moving over to the Federal load, I saw things drop as the best I could muster was 1118 fps of the listed 1330, which really just shows that it’s built with a slower powder to get more heat from a longer launch tube. Still, we’re looking at over 600 ft/lbs at 10 feet in front of the muzzle, spelling a really bad day for anything that gets too close. 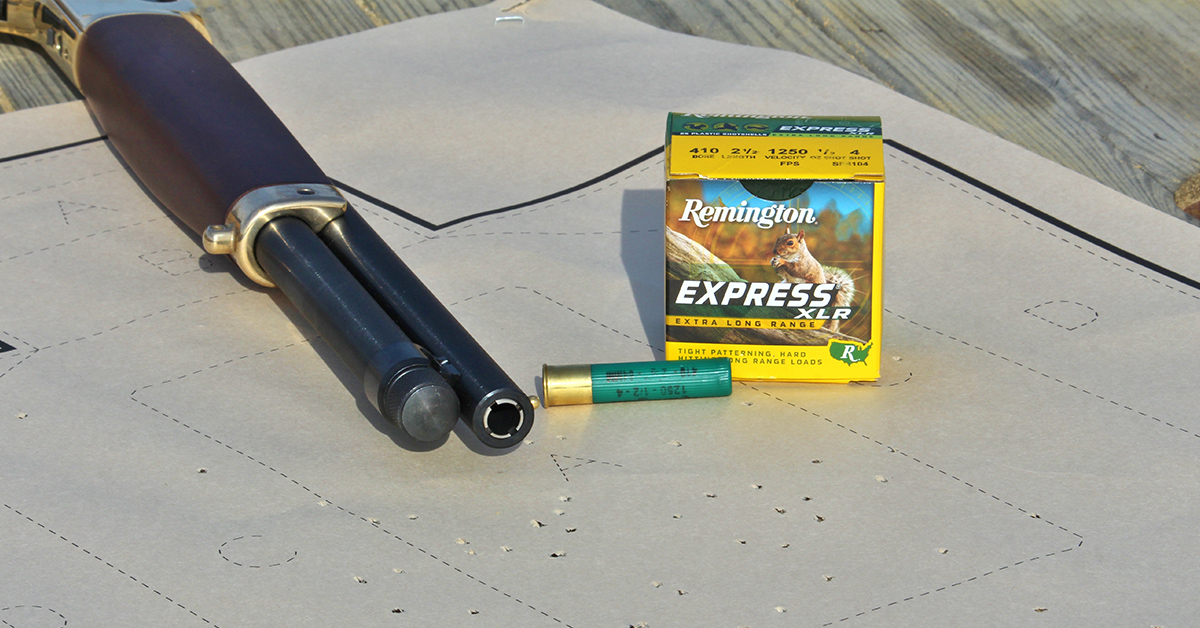 Pattern testing was next, and I chose 25 yards as my distance since that is realistic for casual clay shooting and popping tree rats in the woods. As the Remington load is designed to stay tight, I wasn’t surprised to see the average pattern spanned no wider than 16 inches with the majority of the pellets falling inside of a 10-inch circle. The Federal load also patterned as intended, producing uniform and concentric patterns that measured 17 inches. Both loads impacted the point of aim, and I had no trouble managing the Axe at eye level. 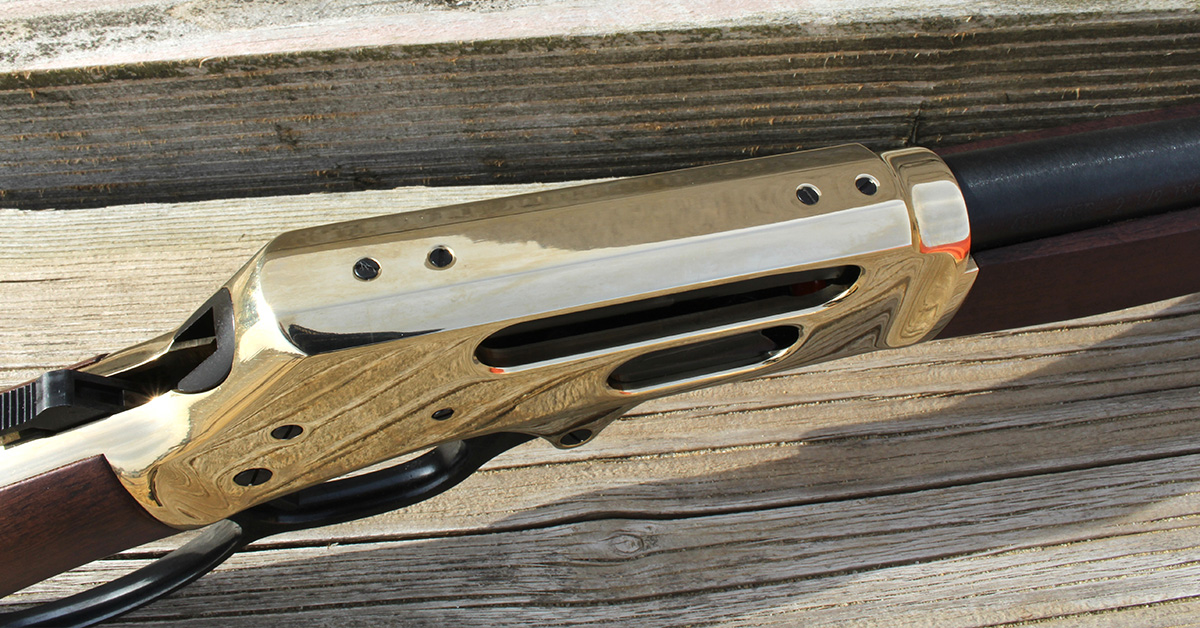 Moving over to the club’s clay area, I used both loads to bust pigeons at distances out to 35 yards. Naturally, I had more success with the Federal TOP GUN load, as patterns were larger and denser than Remington’s hunting load, but those broke their share as well. I found the Remington load smashed far more 35-yard clays than the Federal did, which again makes sense since they are filled with heavier pellets flying at a greater speed.

Overall, it was a great day out there and it checks off another box of crazy things that I have done with crazy-looking firearms.

To corral this rodeo, I found this .410 to be as handy if not handier than a similarly patterned firearm in 12- or 20-gauge. Being able to hold it at eye level without wrecking my face is a bit of a bonus and the .22LR-esque recoil made me wish .410 was still $5 a box. My gripe is that the Axe is only chambered for 2.5-inch shells. While I don’t see a driving need for the extra power that comes with the longer shells, it would be nice to be able to use them if that is all that you could find. 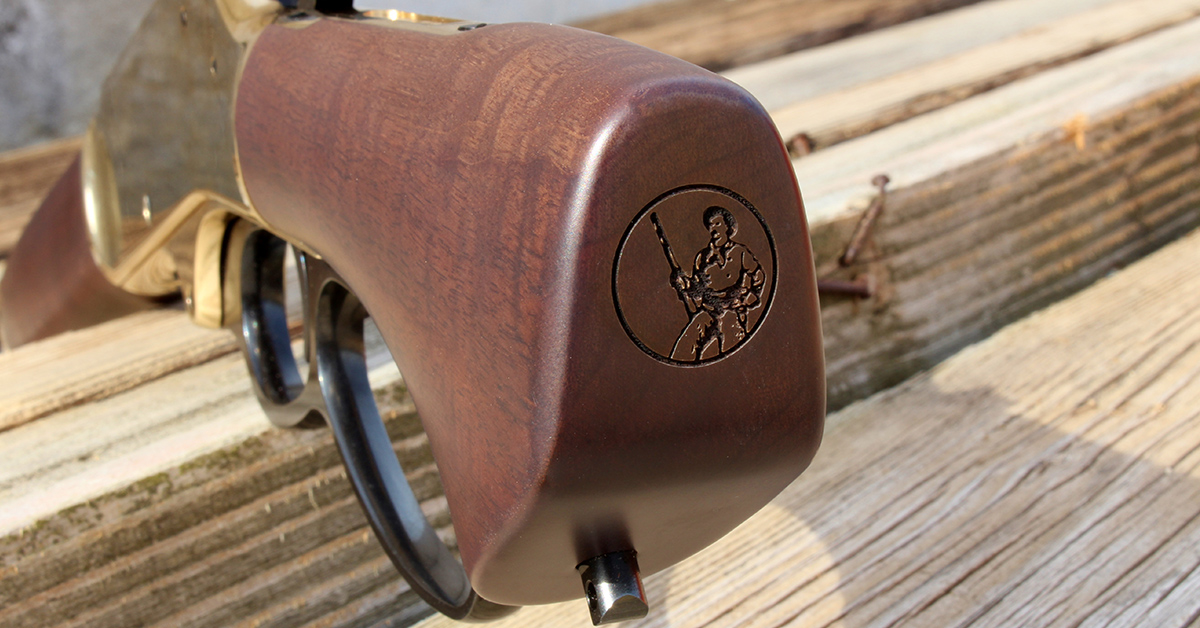 Something else that I would like to see would be a Henry “X” version of this with the typical matte-black synthetic stock. Wouldn’t that look cool with an EOTech sitting on top of it?

In the meantime, both the brass and the blued-steel Henry Axe models offer functionality and fun that can be applied to a number of applications and may leave you wondering why you lug around a buttstock in the first place! 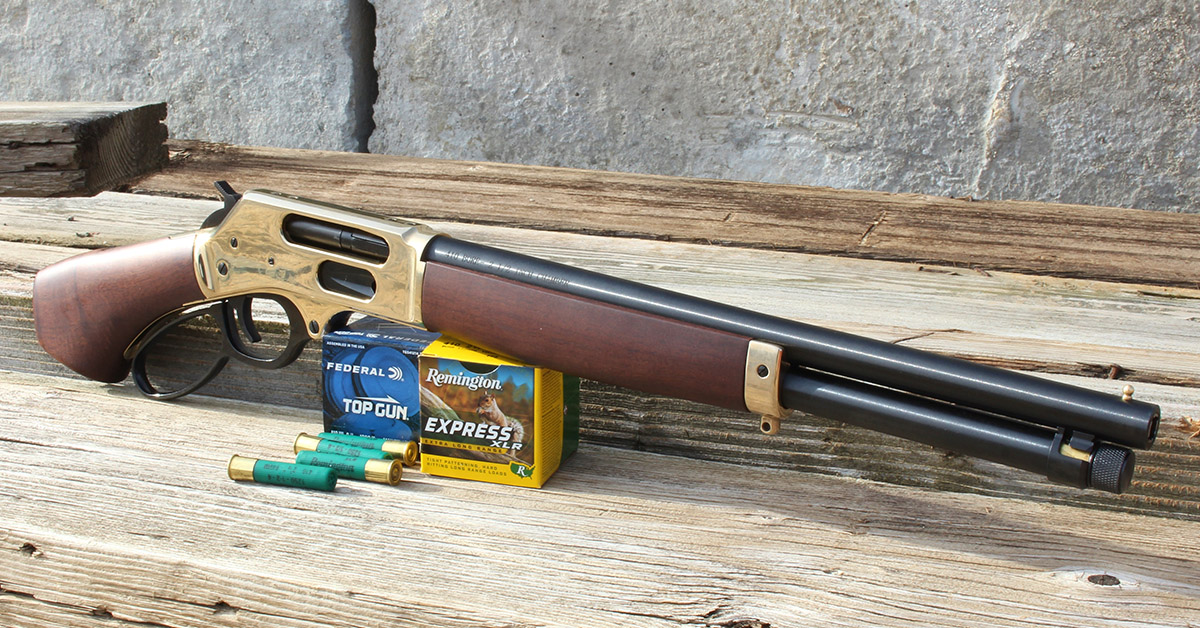 Inside the Remington Ammo Factory

Big Green is back and churning out the ammo. Here’s a behind-the-scenes look… by Fra…