Affordable, lightweight, and discrete personal armor goes hand-in-hand with the EDC/preparedness mindset. Here’s a primer for those who are considering the personal armor option…

When the Covid pandemic kicked off in 2020, many Americans headed straight for the toilet paper. Others took a long look at the state of civil unrest and the unknowns of a global pandemic and made more meaningful preparations. And that pretty well sums up society, in my opinion. You can run for the toilet paper or you can get prepared.

For what exactly? It wasn’t clear. And it still isn’t. But interest in body armor suddenly shot up. If you haven’t followed recent developments in material science, the weight and design of armor may surprise you.

The Civilian Case for Personal Armor

After body armor caught on with law enforcement officers in the 1970s, groups began collecting some anecdotal evidence of its effectiveness. Since 1978, more than 3,000 LEOs have been saved by their vests. Those numbers don’t include US military or civilians outside of law enforcement, but they’re still impressive.

Let’s go back a couple of decades. When I began carrying a gun, I took as many training classes as I could. I spent long weekends on the range with people I respected. They almost always wore armor when they trained. These were steel plates, mostly, in bulky plate carriers adorned with mag pouches. The steel was heavy and conspicuous—not really practical for what I was doing with concealed carry.

Still, I could see its purpose and picked up a set—but I began looking for something more practical and discreet for daily use.

Armor has come a long way in the last 20 years. There are still numerous options for on-body protection. Steel is still effective, of course, but there are other options like Kevlar and far more subtle options like the impossible-to-pronounce UHMWPE (ultra-high-molecular-weight polyethylene). This high-tech polymer is incredibly light and thin.

Who is Using Body Armor?

Hollywood loves the impossible-to-detect bulletproof vest. Videogames rely on cartoonish plate carriers. And those clichés shape most of the public perception of armor. And then there are those we expect to be armored. Military, police, and politicians all wear armor.

But personal protection is catching on with those of us who practice everyday carry.

“Armor is the next evolution of everyday carry,” said Jason Mammano, Vice President of Marketing and Communications of Premier Body Armor. “If you have a gun and the bad guy has a gun, what gives you the upper hand? Training, a quality firearm with good ammo, and now body armor. It is mobile cover that you can take everywhere, even in gun-free zones.”

This is logical. If you must draw on someone who already has their weapon drawn, as happens in almost all cases of self-defense, it may be your armor that allows you to stay in the fight.

Steel is steel. Easy enough. It needs to be alloyed correctly and tempered so it isn’t brittle or too soft. 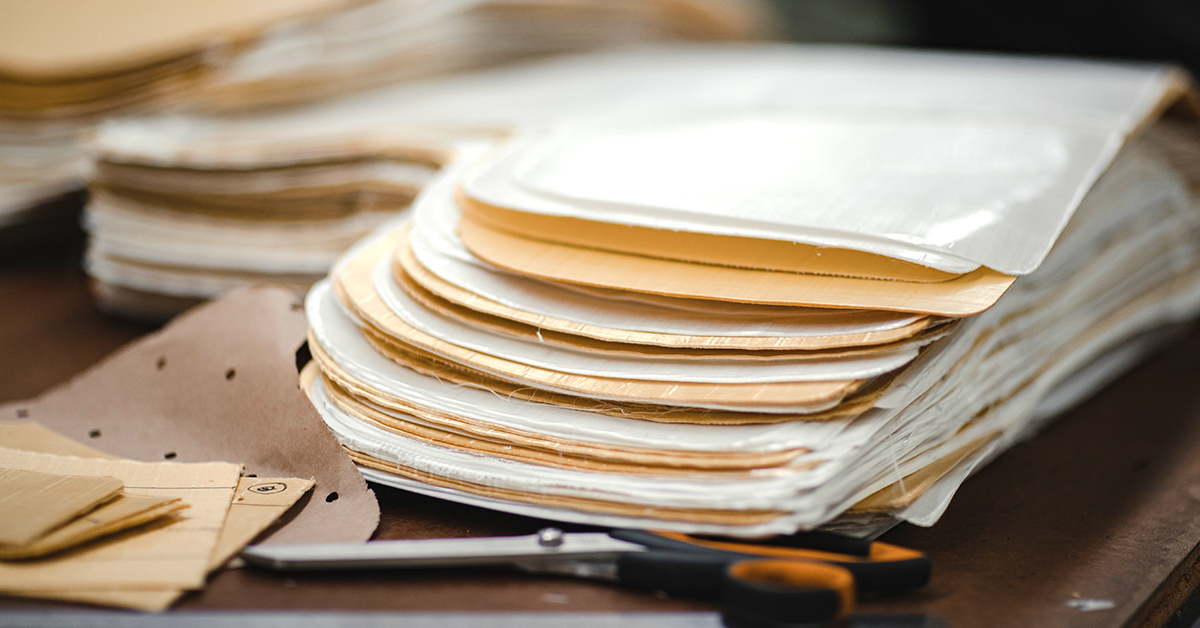 Fabrics like Kevlar work, too. They must have exceptional tensile strength and effective weaves (and many layers) to catch a projectile.

Ceramics come in two forms—monolithic ceramic plates and matrix designs (lots of tiny plates held together in a kind of rigid net. Ceramic plates are exceptionally hard and break up projectiles on impact.

UHMWPE is like fabric in that it relies on thin fibers of advanced polymers (Spectra or Dyneema) compressed together to form a virtually impenetrable barrier.

How Does it Work?

This part makes sense once you understand the science—but that science changes with each new material. I’ll try to keep it simple.

Imagine a baseball slamming into a baseball mitt. The impact of the ball is stopped by the leather. The leather flexes but doesn’t tear. The same is true for armor. Slow-moving, fat bullets are easy to stop. This includes most handgun rounds. Hollow points may cut into a vest, but the expansion quickly makes them slow, fat bullets that are easier to stop. 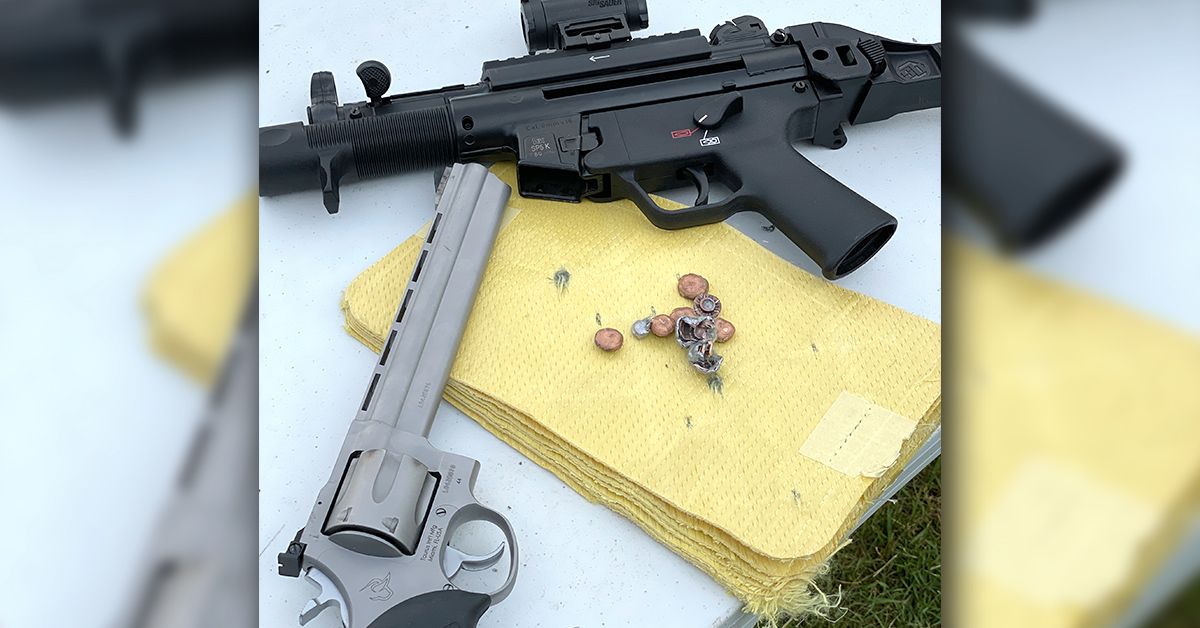 Stopping a round is one goal. But physics tells us that the energy of a moving bullet must go somewhere. This transfer of energy can often be damaging to someone wearing armor.

Go back to that baseball metaphor for a moment. If you have ever caught a ball wrong and felt the sting in your hand, you know what I’m talking about. I’ve been told that getting shot while wearing body armor is like taking a really hard punch. That said, taking a punch is better than getting shot. 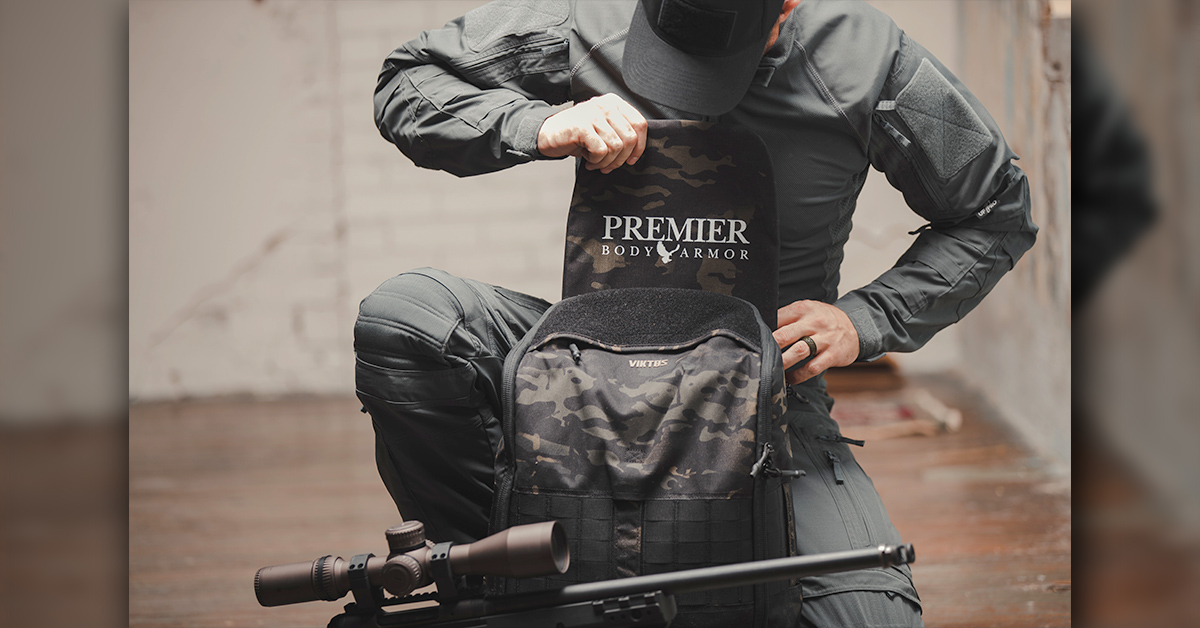 Scratch the surface of armor and you’ll find some confusing ratings. The National Institute for Justice (NIJ) sets the standard ratings for armor:

NIJ Level IIA – Level IIA is rated to stop a 9mm FMJ round at speeds up to 1165 feet per second (fps). Level IIA armor is typically light and flexible but minimally effective.

NIJ Level II – Level II is a step up. It is rated for 9mm FMJs up to 1245 fps and a .357 Magnum JSP (Jacketed Soft Point) up to 1,430 fps. Level II armor is also typically better at dispersing the impact energy of a round.

NIJ Level IIIA – Level IIIA adds more stopping power and is rated to stop .44 Magnum SJHP (Semi Jacketed Hollow Point) rounds at speeds up to 1430 fps. Most IIIA armor is still flexible, but not all.

NIJ Level III – Level III is another step up. Level III plates are rifle-rated and intended to stop multiple hits. They’re rated to withstand six 7.62x51mm NATO FMJ rounds at speeds up to 2780 fps. If you see III+, this indicates that the plates are tested with hotter rounds—sometimes with the 5.56 M855 and M193.

NIJ Level IV – Level IV is the top end. These plates are designed to stop armor-piercing .30 caliber rounds. But just one.

Choosing Armor That’s Right for You

I begin with the basic question: what do you want personal armor to do? While I like the idea of level III protection, I’m not a soldier nor am I in law enforcement. And I’m not anything other than a target of opportunity, most of the time. 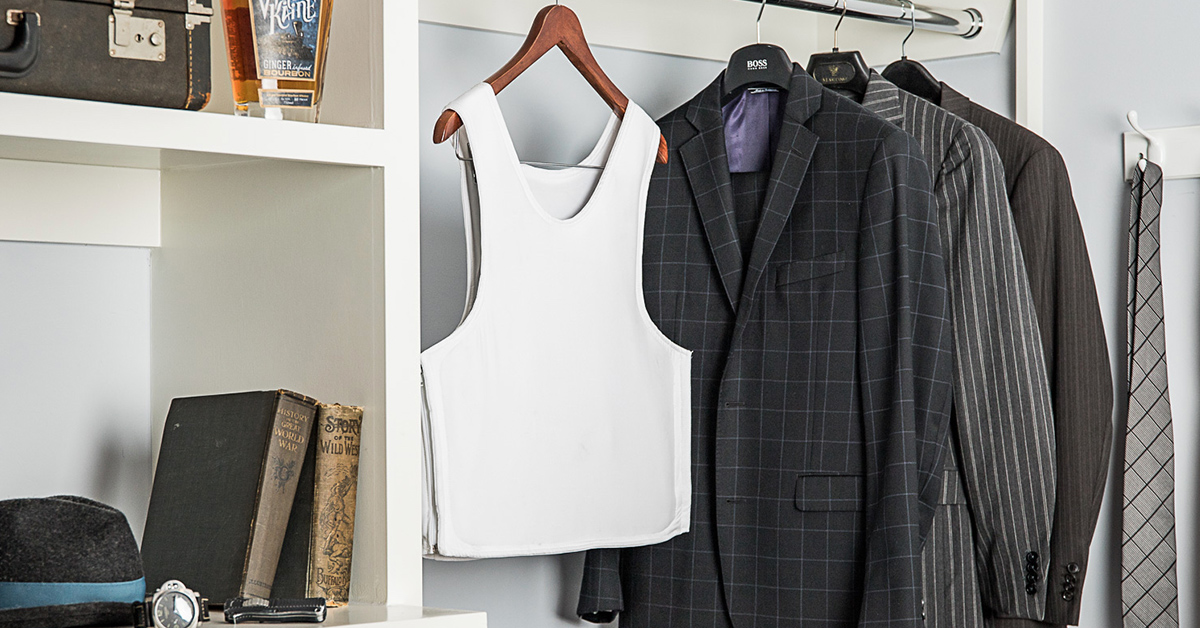 I do have a family, though, and I’m going to stand in front of them, so I tend to go heavy.

For my wife and son—neither of whom carry—I like the off-body armor options that are light enough that they forget the panels are there.

If cost is a concern, look at the material technology and protection levels. As with everything, the newest wiz-bang materials are going to cost more—but the older technologies are still effective. 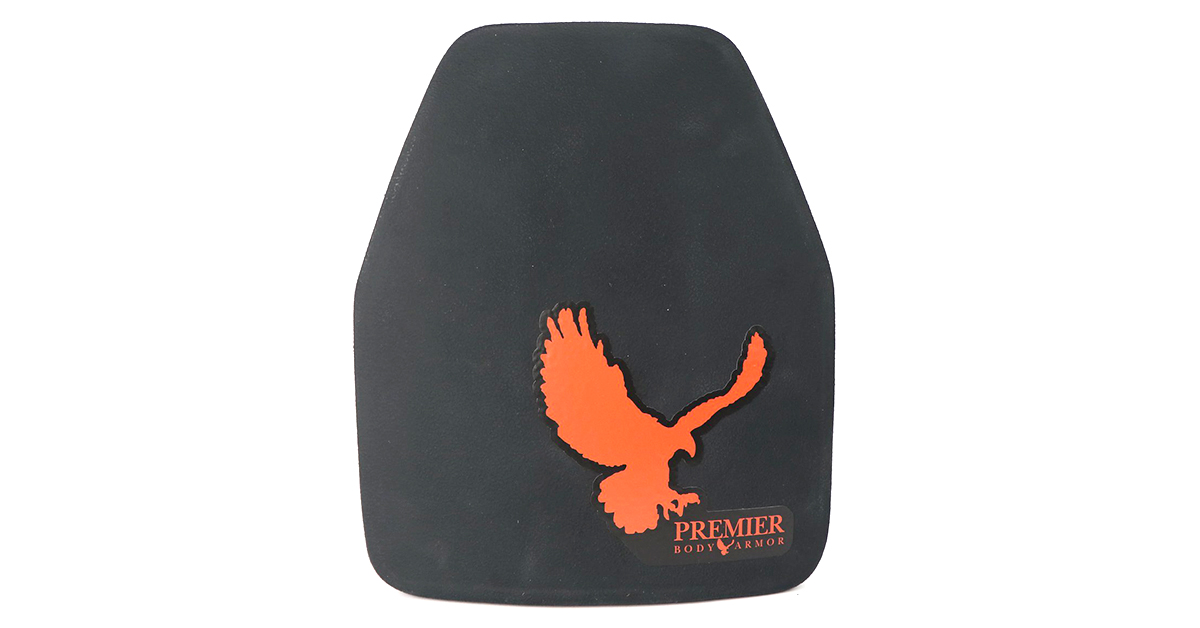 The UHWMPE III+ Stratis has been a game changer for Premier. “The advancement in just the last five years has revolutionized the personal protection space,” Mammano added. “What weighed 10 lbs. 10 years ago weighs just 2 lbs. today and it is three-quarter the thickness.” 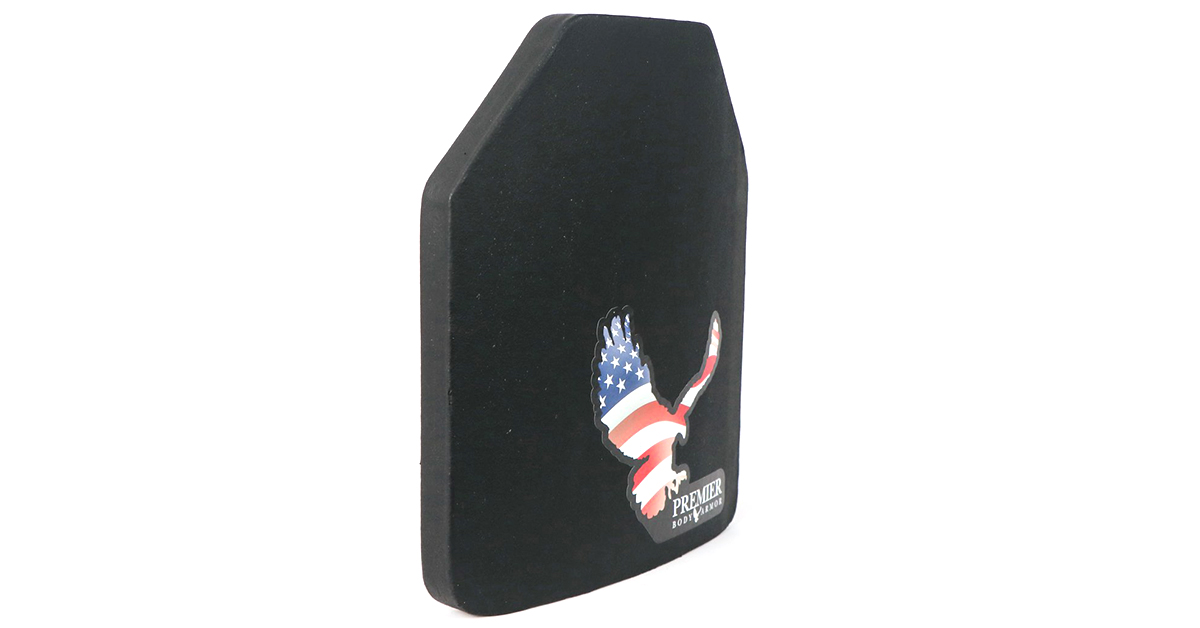 The level IV composite Stratis is rated even higher than the Stratis Curved III+. 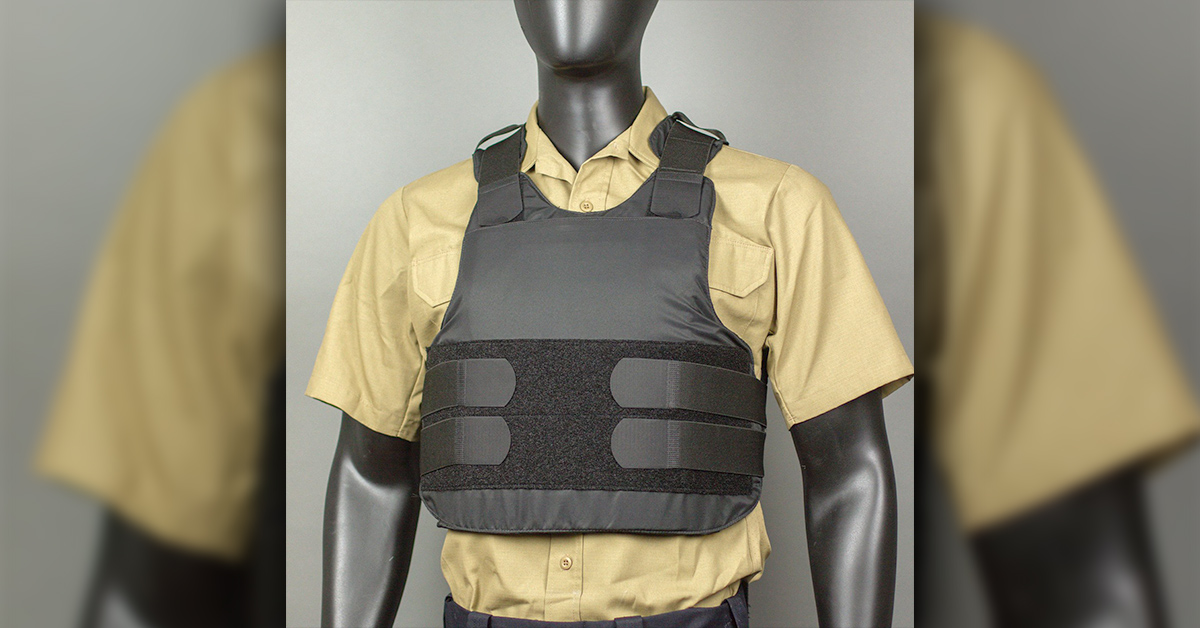 If you’re looking for a more concealable option, a vest or “short” might be perfect choice—something like the IIIA Harrier Vest from Premier is designed to go over your shirt, but under a coat or jacket. It is easy to take on and off. 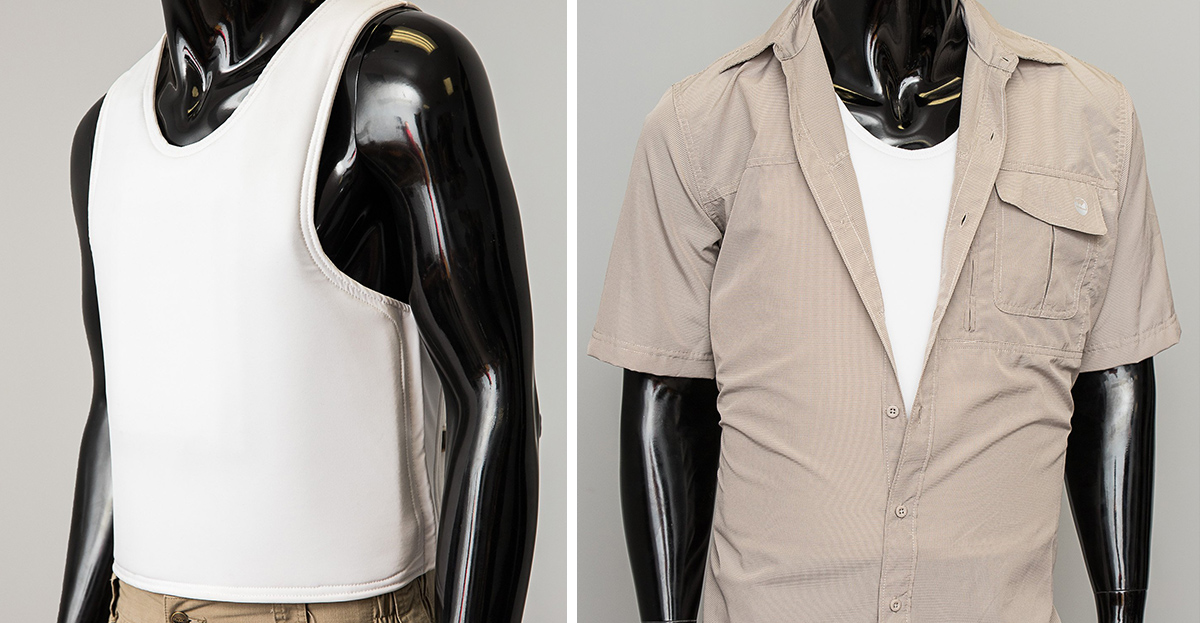 For more concealment, the Discreet Executive Vest provides IIIA protection. This one disappears under most shirts. 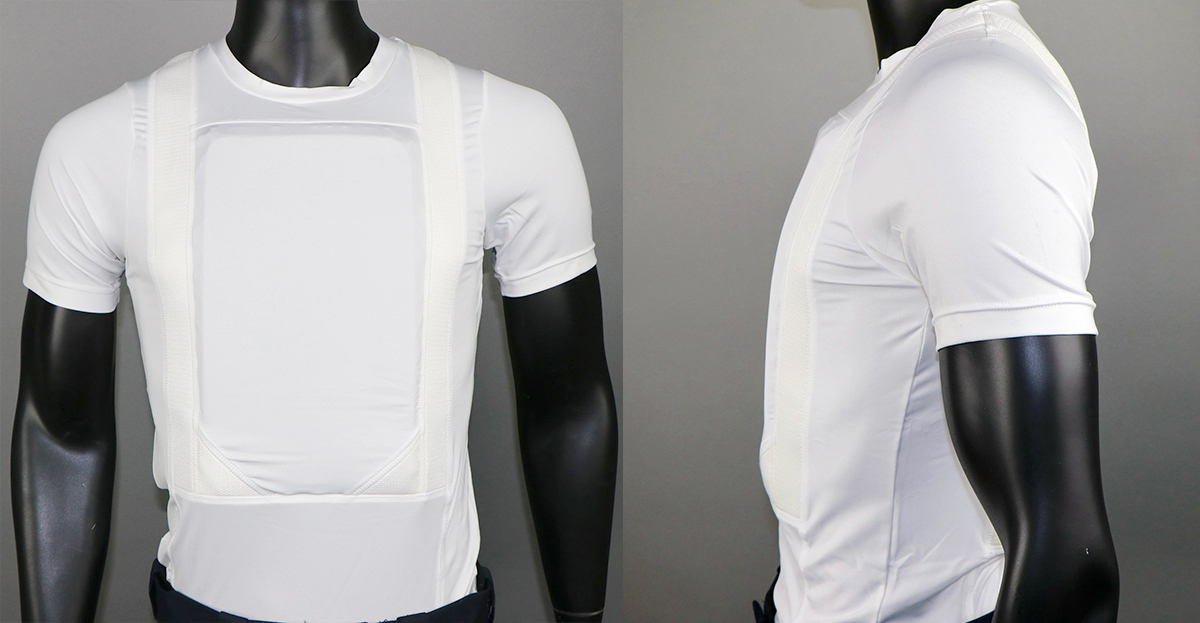 The IIIA Tru-Spec Concealed Armor Shirt  is built into a Tru-Spec shirt. It is even less conspicuous than the Discreet Executive Vest.

Wearing armor, though, may not be your thing. It isn’t mine. I work from home. If my pants are on, I’m carrying a pistol—but I haven’t graduated to that next step of wearing armor everywhere I go.

That said, I do take armor with me. I rarely go anywhere without my beat-up messenger bag. It is an ancient Mountain Smith bag that I’ve had for more than two decades. I bought it when I was in graduate school and regularly biking in downtown Atlanta. It is wide and easy to move.

About five years ago, I found a soft panel that fit in the bag and didn’t add too much weight. As it lies flat, the addition doesn’t interfere with anything that I put into it. 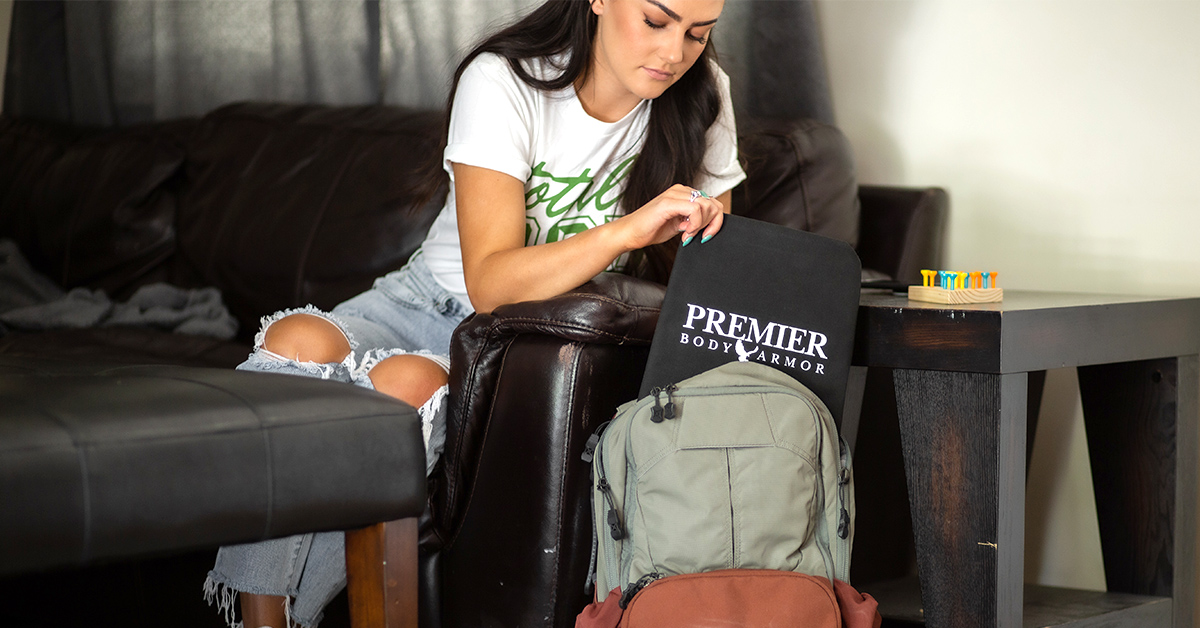 Premier Body Armor makes multiple sizes of these panels. Some fit specific bags, meaning they’re tailor-made for an exact fit. If you already have a bag, they make different sizes of universal inserts. From a large purse to a laptop bag to a backpack, the panels are easy to install.

“Armor integration is an artform,” said Mammano. “Premier Body Armor tries its best to make armor invisible to not only the bystander, but also the wearer. Our laptop case, for example, integrates armor at the everyday, every person level. It is so seamless the end user forgets that it’s there until they need it.”

With off-body armor, there’s no excuse to leave it at home. Backpack inserts are the least conspicuous to carry. Should the need arise, you simply place the bag between you and the threat to cover your vital organs.

That’s why I like the messenger bag approach—it is easy to swing in front of my torso. I usually have a laptop in there, also, which gives the bag more of a robust feel. But it isn’t the aluminum of my Macbook that is going to stop a bullet, but the UHWMPE panel underneath. 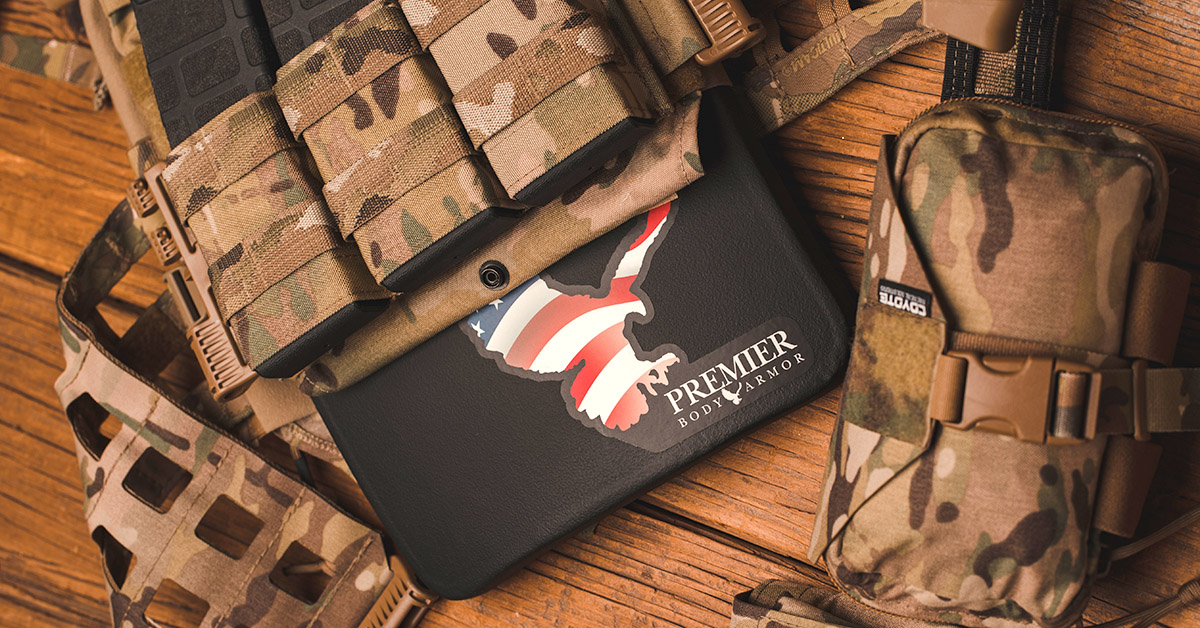 Whichever direction you go—and I’m a firm believer that you should—take the time to understand the level of protection each type of personal armor offers. Then, just like you would with your daily carry gun, get out and practice with it. Armor won’t make you invincible, but it just may save your life.