This gunmaker may hale from Italy, but Davide Pedersoli certainly delivers on an American icon

When it comes to emergency guns, modern shooters sometimes overlook the lever-action rifle (although this mindset is rapidly changing). Truth is, this is a simple, reliable action that will stand plenty of use and abuse.

I have lost track of the number of lever-action rifles I have seen strapped to ATVs, behind truck seats, and in patrol cruiser trunks. Little cared for and neglected, these rifles always come up shooting when needed. The fixed sights are not easily knocked out of zero. The rifle is flat and easily carried, and there is no protruding pistol grip to snag when the rifle is behind the truck seat. The lever-action rifle, like the pump action shotgun, is manually operated and reliable in harsh environments. It is simple enough to operate and offers a fast follow up shot when needed.

Some game animals are tough and can absorb a lot of lead. I prefer a margin of error in dealing with these critters. Among my favorite lever-action calibers is the .45-70. I like this elegant, useful, and powerful cartridge. With standard loads, the caliber is pleasant enough to fire and quite accurate. With heavy loads, the .45-70 will take any game in North America within its range limits. 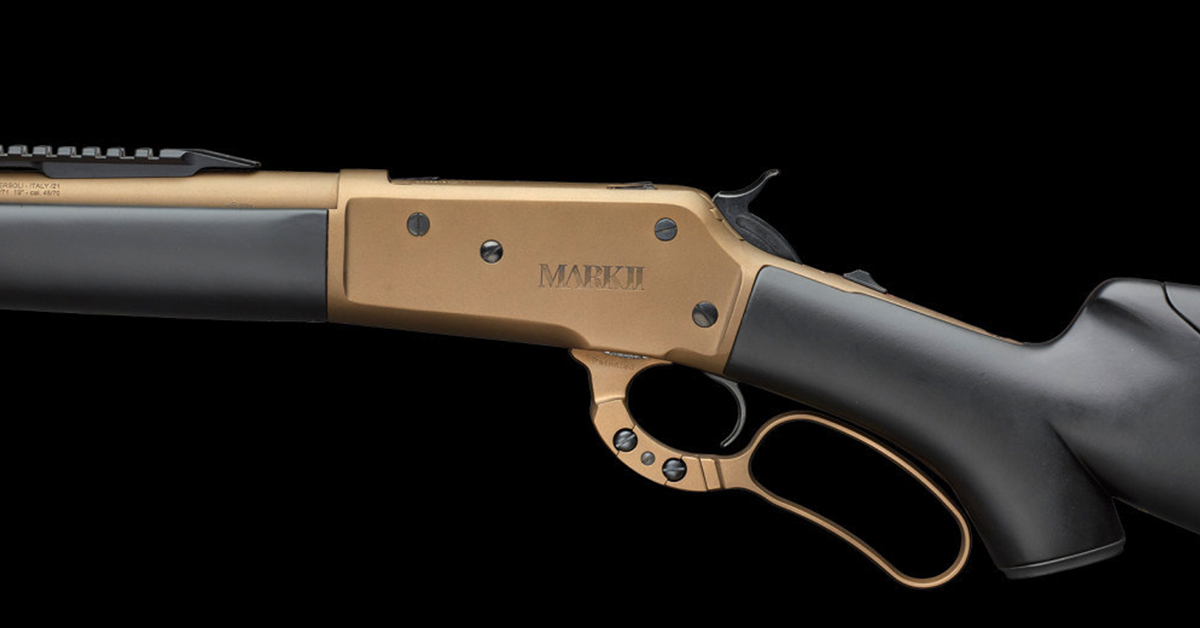 Many lever-action rifles are used for hunting boar. The big, wild Russian boar are sometimes difficult to put down. A short, fast handling .45-70 rifle just might be ideal for this headlong pursuit. Pedersoli developed the Boarbuster for this type of hunting. The Boarbuster has been seriously upgraded compared to earlier lever-action rifles. It is compatible with modern optics and offers more versatility than most lever-actions. The reliability of the type is proven, and the rifle is a viable choice for hunting not only boar but deer and bear at appropriate ranges.

The rifle is superbly put together. The bolt runs smoothly on a double guide. It locks up tighter than most lever-action rifles as it must to contain the energy and pressure of modern .45-70 ammunition. 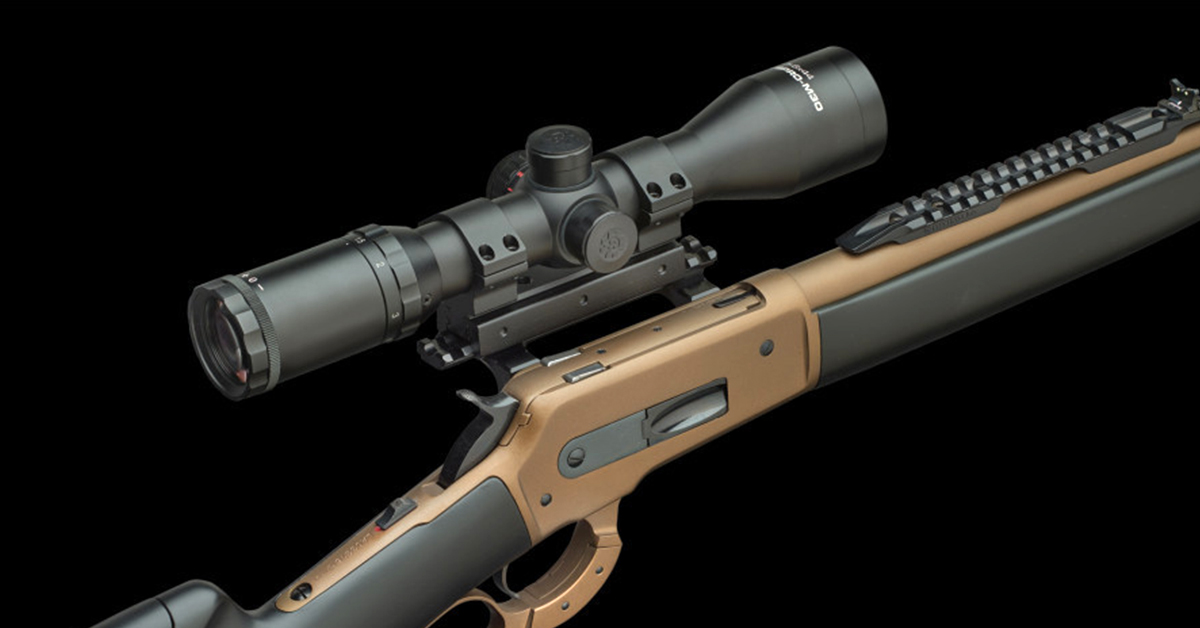 Among the most attractive features of the rifle is the forward optic mounting rail. This rail features a fully adjustable front and rear sight with a bright insert in the front sight. The front sight is bright in any type of ambient light. This rail is well suited to red dot sights, modern high-eye-relief scout scopes, and some types of shotgun scopes. It is obvious this isn’t a long-range rifle, but the rifle is well-suited to many types of rough and ready hunting adventures. With iron sights, the Boarbuster is on the mark for thin-skinned game a bit past 100 yards, depending on the load. With optics, the range is considerably extended. Some of the rifles are designed to accept an optional tip-off mount in the conventional sighting position.

I know certain diehard .45-70 shooters may point out their outstanding results with iron sights to well over 300 yards. Yet they are not the average shooter and hunting isn’t target shooting. Just the same, the .45-70 enjoys a stellar history as a long-range cartridge even with hard-cast 405-grain lead bullets. 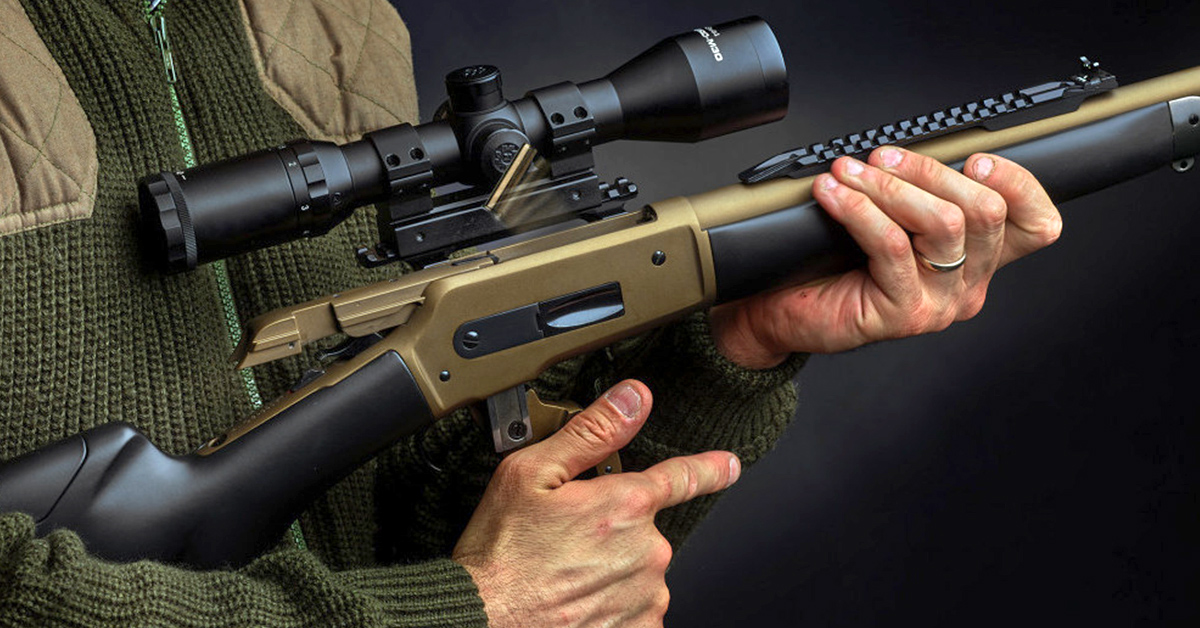 I read a report on early testing in the New England region with the first Springfield trapdoor rifles. These rifles were fired at old hulks (shipwrecks) at over 1,000 yards. The testers were amazed at the accuracy potential of the cartridge and its penetration in heavy weathered wood at long range. The problem is velocity and calculating drop. If you can afford the ammunition — and these days that means finding primers for handloads — you may find accurate long-range combinations if you are able to master the science of accounting for drop at long range with this heavy, slow-moving cartridge. This type of shooting is beyond most of us. Just the same, a tip of the hat to the man among men who enjoys and masters this effort.

The Boarbuster operates like any other lever-action rifle. Thumb the big cartridges into the magazine by pressing in the loading gate with the nose of the bullet. Next, the lever-action is worked to load the rifle. Be certain to vigorously work the action. Press forward, not down, and throw the lever-action in a positive manner. If you throw the action in a slow, leisurely manner, the shell carrier doesn’t pick up the cartridge from the magazine. You don’t have to slam the action. Simply operate the lever in a positive manner. If the rifle is to be kept at ready with a loaded chamber, carefully lower the hammer by controlling the hammer with the thumb as you press the trigger. Simply cock the hammer to fire. The trigger press is smooth and clean

There are several variations on the rifle. The MKII is easily the most modern with a contemporary corrosion-resistant finish. This is the rifle to own for hunting in all elements. There is a guide, or scout, rifle and a stainless option. My rifle features a mix of beautifully case-hardened receiver, richly blued barrel, and nicely figured wood. While looks don’t make the rifle, if you are going to pay the piper or charge up the plastic, then you may as well choose the one that suits you best. 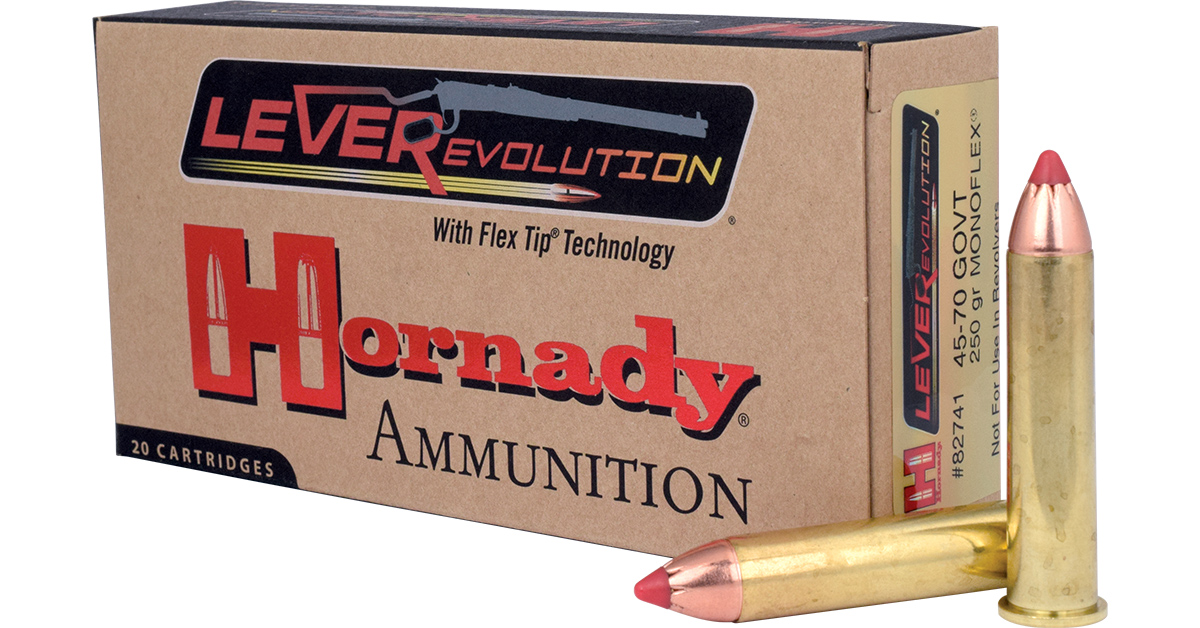 I have shot the Boarbuster with a good mix of loads, primarily from Hornady. The 325-grain load loses some velocity in the Pedersoli rifle because it was intended for a 24-inch barrel. At 1750 fps, the 325-grain load is pleasant to fire and very accurate. The 250-grain Monoflex is about 40 fps faster with less recoil. Either will put three shots into less than two inches at 50 yards — about my limit with iron sights. These loads are pleasant enough but offer good wound potential against boar and deer-sized game.

Another interesting load is the Hornady 410-grain subsonic. This is a pleasant round to fire. Rated at just over 1000 fps in a 24-inch barrel, the subsonic load breaks 1089 fps in the short Pedersoli barrel. At close range, this is load will penetrate heavy bone and muscle. It would be ideal for protection against bears in a tight spot. I also tested a limited quantity of the Barnes Triple Shock all-copper bullets. This round demonstrated heavier recoil. Velocity is about 1800 fps. 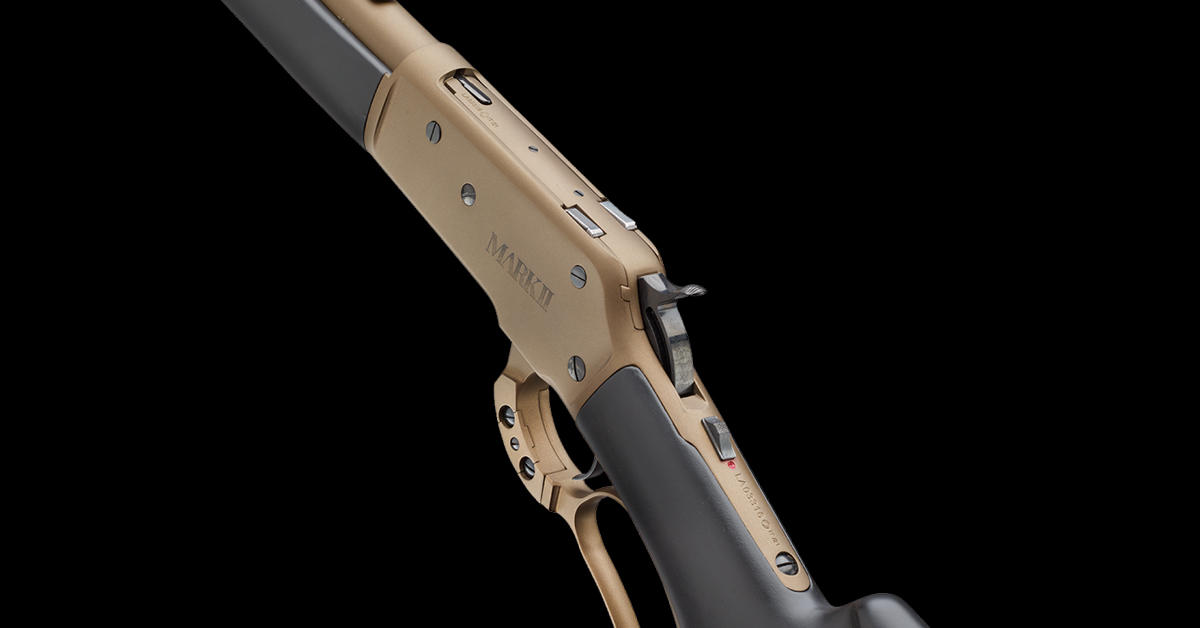 Recoil is difficult to describe save in comparison to other firearms. The Boarbuster is comfortable, but you are not going to enjoy plinking with a few dozen rounds in a single evening. The rifle kicks about like a 12-gauge shotgun with slugs. It is more punishing than a .308, nothing like a .300 Winchester Magnum. The rifle is smooth, recoil is straight to the rear, not bone-crushing. Just the same, I have not yet tried any of the heavy hunting loads from Buffalo Bore or any heavy handloads. I may not. For the game I am likely to pursue, the loads tested are more than adequate. It is good to know that the rifle would be useful for moose or the largest bears with the appropriate load.

I like the Pedersoli Boarbuster a great deal. The appearance and workmanship are beyond reproach. It is beautifully put together. The action is smooth. I cannot image a more reliable rifle. If you are a boar hunter or take thin-skinned game at modest ranges, this is among the best rifles available. The only challenge is choosing the model that suits you best.

A polymer-frame defender that is a cut above by Bob Campbell High-end, premier, deluxe, or…