August 18, 2022
Home Gear Tourniquets: Minutes to Save a Life

Whether on the street, in the backcountry, or at the mall, this is one item that should never leave your pocket.

“Well, if I ever really needed a tourniquet, I would just make one, but that is a last resort anyway.”

So said an acquaintance of mine many years ago. I must admit that when it came to the subject of tourniquet use for first aid, I was once in that same boat mentally.

In 1987, when I attended Marine Corps Infantry School, our traumatic medicine (first aid) training focused primarily on how to use the OD green bandage in our basic first aid kits. When it came to the topic of tourniquets, our instructors showed us how to make an improvised TQ (tourniquet) with a green cravat (sling) and a stick; however, the mantra that was beaten into our heads was “last resort, after all other means have failed”. To stop bleeding, we were taught to use direct pressure, limb elevation, and pressure points first and only to consider a TQ if all those had failed.

Global War on Terror and “The Change”

Over the years, after Basic Training and Infantry School, I went through numerous medical courses and even became an American Red Cross First Aid and CPR instructor. For decades, the standard “last resort” mantra was applied to tourniquet use regardless of the course or manual from which we were being taught. That all changed, though, with the Global War on Terror after 9/11/2001.

When American troops deployed to combat zones in Afghanistan and Iraq, they were protected by helmets and body armor and soon we discovered that the most common combat related injuries were to the extremities—the arms and legs. Direct pressure and using pressure points to stem massive blood flow proved futile on the battlefield. Also, very quickly, the US Army and other branches learned that trying to make improvised tourniquets to stem the flow of blood from compromised arteries in the arms and legs was an abysmal failure.

More often than not, improvised tourniquets failed to stop massive hemorrhages, particularly in the legs. How well an improvised TQ works is largely based upon the available material and the skill and experience of the caregiver. The US Military realized they needed a better option and began to search for purpose-built, commercially available tourniquets.

Purpose-Built Tourniquets: Save a Life in Minutes

One inconvenient fact that the traditional or old-style trauma medicine classes overlooked was the fact that “after all other means have failed” was essentially a death sentence to a patient with an arterial compromise. A patient with an open brachial or femoral artery will bleed to the point of irreversible shock within four to five minutes if the blood flow is not stopped. Naturally, every human is unique regarding total blood volume and body makeup. Also, keep in mind that some arterial wounds are holes or partial compromises in the blood vessel while others are complete compromises, such as occur during limb amputation.

In the early 2000s, the US Army went through a number of commercially available tourniquets with various upgrades and modifications. Regardless of the particular model, the end goal was always consistent—provide the user (soldier) with a tool they could use to immediately stop major bleeding and save their buddy’s life.

Applying Lessons from the Battlefield

During GWOT, I spent several years as a Small Arms and Tactics instructor for the US Military. One of the courses I assisted in teaching was Tactical Combat Casualty Care, or TCCC for short. During the TCCC course, my fellow instructors and I taught young troops how to apply and use numerous different types of commercially available tourniquets.

While teaching this program, it occurred to me that if we can teach an 18- or 19-year-old Private or PFC how to save their buddies life on the battlefield with the gear available in a small kit, why can’t we teach American citizens? Certainly, a person with the skill and ability to operate a car at 70 mph on the highway or to shoot a handgun and qualify in a CCW training course could learn how to properly apply a tourniquet during a life-threatening injury situation. 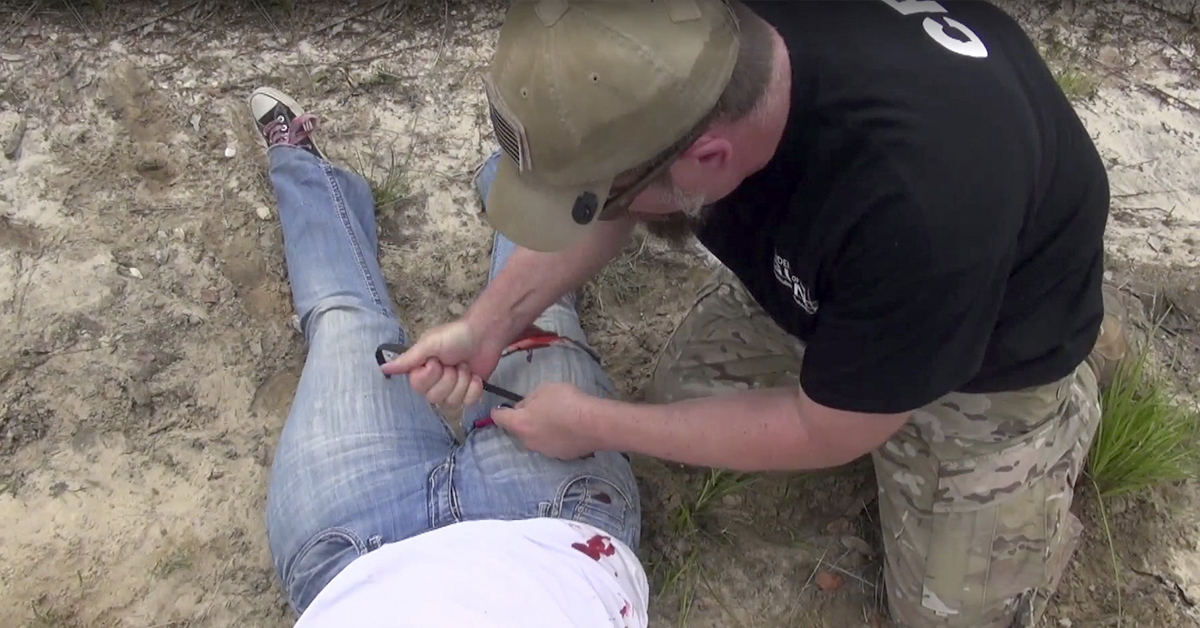 In 2010, I developed the Beyond the Band Aid traumatic medical program designed to use the lessons we learned in combat overseas and apply them to the American homeland. After all, an arterial bleed in the Iraq desert is treated no differently than the same injury caused by a car crash in Indiana. Blood is blood and dead is dead.

In the United States, high speed car crashes often result in partial or complete amputations of limbs. Aside from the horror of the amputation itself, such an injury compromises the artery and, unchecked, will lead to the death of the patient before an ambulance has time to arrive.

Choosing a Tourniquet for EDC

Along with the BoB course, we came up with a product called the Pocket Life Saver. The goal of the PLS was to provide a person with the tools they could use to put a stop gap on a life-threatening injury while awaiting the arrival of the professionals. Naturally, we wanted to include a TQ in the kit. 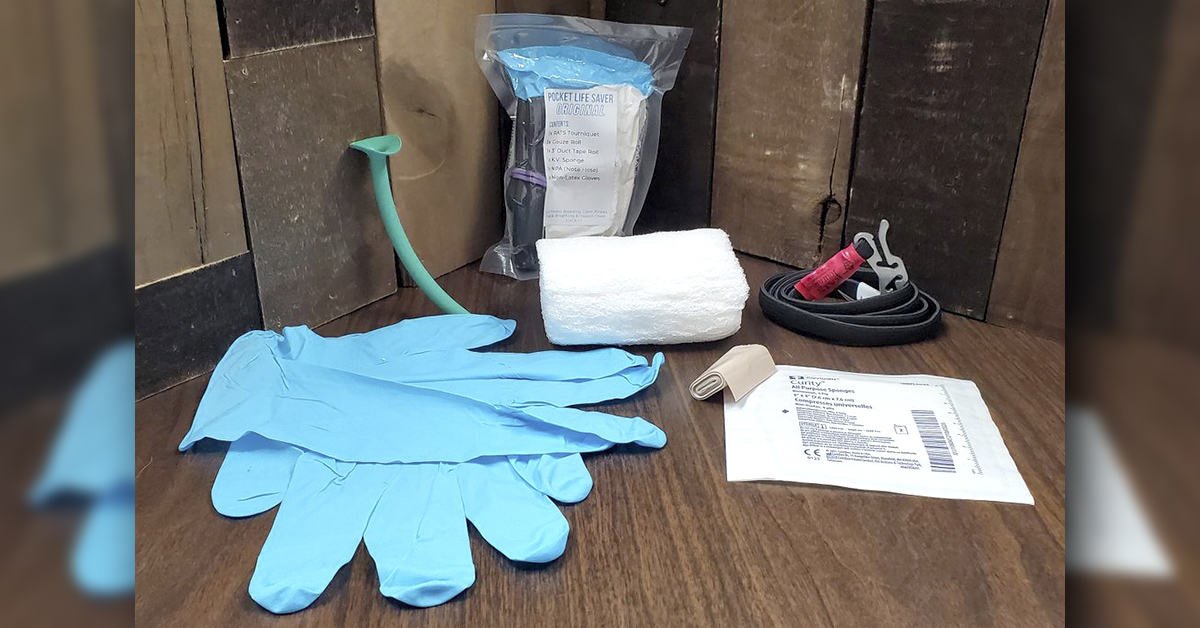 The issue we encountered was that most of the commercially available tourniquets were so large that they made the kit too big for convenient carry. If your trauma kit is in the trunk of your car or at home when someone is bleeding to death at your feet, it doesn’t do you much good. Our goal was a kit that people could and would actually carry on their persons all the time.

The TK4 tourniquet filled the role for a while. However, the TK4 does have some shortcoming, particularly when attempting to shut off the femoral artery in large/thick adults. Regardless, a TK4 is vastly superior to a rag and a stick.

When we discovered the RATS (Rapid Action Tourniquet System), that was exactly what we needed. The RATS is flexible and can be put into a pocket kit without adding excessive bulk. Most importantly, the RATS works and works extremely well on arms and legs—even thick/muscular legs. Application of the RATS is also very easy to teach, and the average person can become a pro with just a couple of hours of instruction. 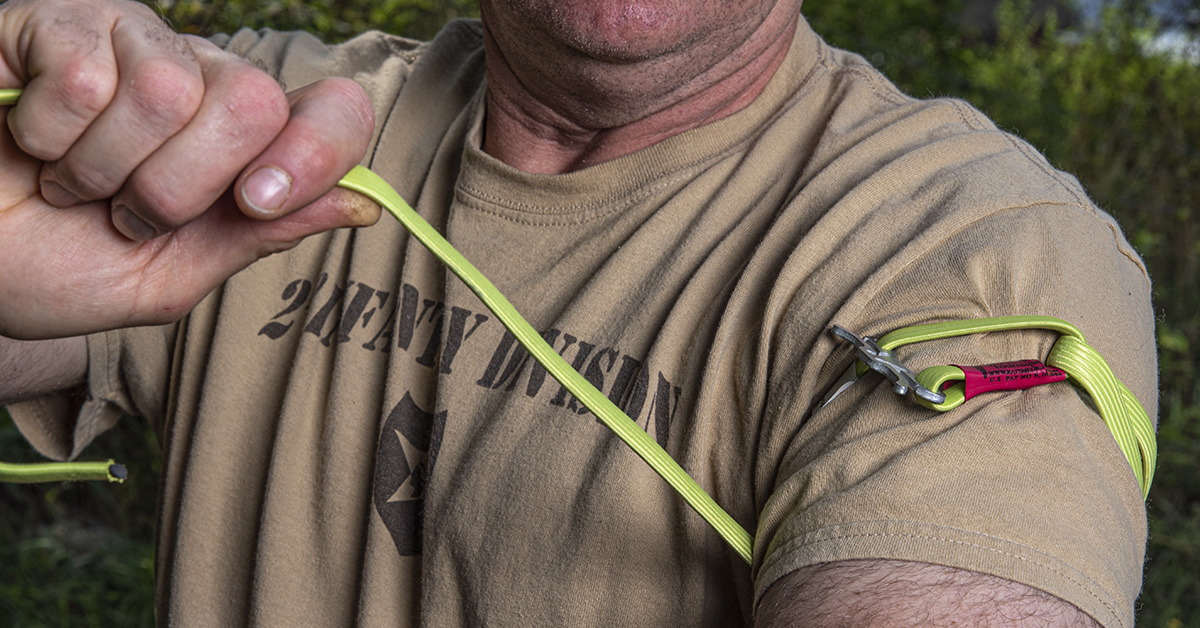 It would be great if, during a life-threatening injury emergency, you had a big red or orange backpack filled with trauma gear. Nonetheless, reality dictates that when someone you care about is injured, all you will have is what you are carrying on your body. Are you going to take a big trauma bag out to the playground or to the mall? Not likely. Remember, if someone has a major bleeding injury, you have a few minutes to stop the blood flow. A ten-minute ambulance response is not going to do you much good if you cannot do something to stop the red stuff from leaking out.

If you are competent and capable enough to carry a handgun every day for self-defense, you are certainly capable of training and learning how to save a life with a tourniquet. From a practical standpoint, what are you more likely to have to use, your firearm or your first aid kit? Unless you live in a terrible area, I would venture to say you witness more car crashes and injuries than you do deadly assaults. 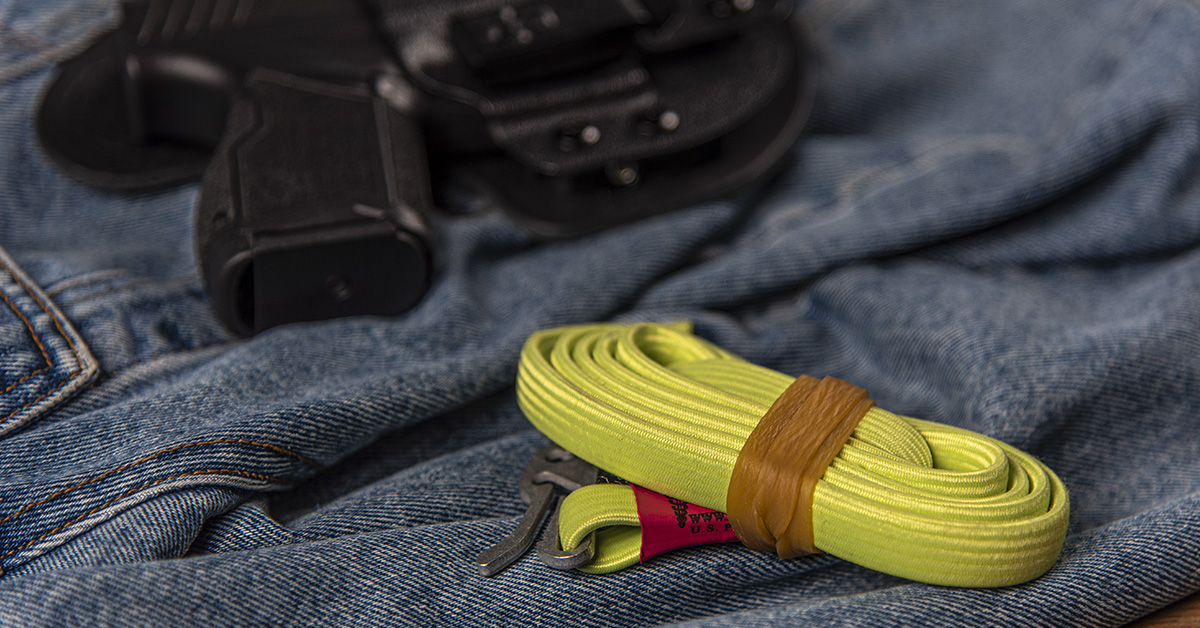 If you carry a firearm for that emergency “just in case” situation, you most certainly should be carrying gear with which you can save a life. If you are a parent, this goes double for you. You are not just concerned with saving your own life, but that of your children.

In the end, the choice is yours to make. Ten or fifteen years ago, the training and gear were rather difficult for the average citizen to acquire. Today, that is not the case. Both traumatic medical training and the gear to go along with it are available to you. Whether you choose to participate is up to you.