Laser sights are becoming more popular for personal defense applications. Here’s what you need to know…

“Are lasers really worth it?”

The answer to this question depends on when it was asked. Forty years ago, most gun-mounted lasers were rather fragile and cumbersome accessories that were mounted with metal clamps on the front of the trigger guard or higher up near the barrel. They were activated by either a switch on the laser or by a pressure pad switch. These early lasers were notorious for breaking and losing their zero at the most inconvenient times. Given this, my answer back then was an emphatic, “No!” Instead of using laser sights, I equipped some of my defensive guns with tritium night sights.

Game over for the laser?

Not really. Lasers have come a long way in the last four decades. Today, many of my defensive firearms are equipped with a broad variety of lasers and laser/light combinations. In addition, many lasers on the market are quite rugged, and manufacturers have moved away from fragile pressure switches with exposed wires. Lastly, today’s laser mounting hardware is sturdier and more secure. 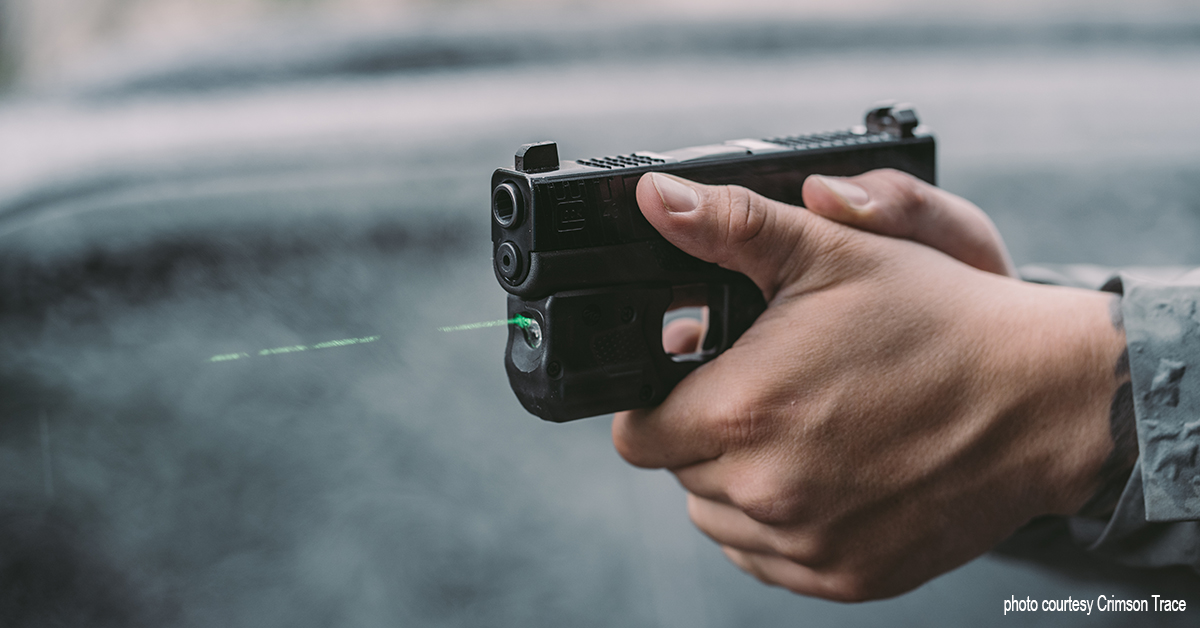 We’ve all seen lasers in the movies, but few shooters know just what a laser is. A laser is an electronic instrument that uses electromagnetic stimulation to emit a beam of coherent light, which is defined as light of the same wavelength. It doesn’t matter which wavelength, so long as all the light is the same wavelength. The most common wavelengths for lasers used by civilians and law enforcement are in the red and green segments of the color spectrum. Lasers with red beams require less energy to generate light and run cooler than green lasers; however, a green laser is easier for most people to see in daylight and at night.

Tactical lasers have much to offer, but they also have limitations. On the positive side, lasers work well in twilight situations when it’s often not dark enough for night sights to stand out. In addition, lasers allow fast, accurate fire in close-quarter engagements, where a defender doesn’t have much time to shoot. Lasers can also be used for dry fire training. They really help improve trigger pull. Make sure the gun is unloaded, point it in a safe direction, and then keep the laser dot steady as the trigger is pressed. Lastly, individuals who have visual problems or have trouble lining up iron sights can shoot quite accurately at close range using a laser. 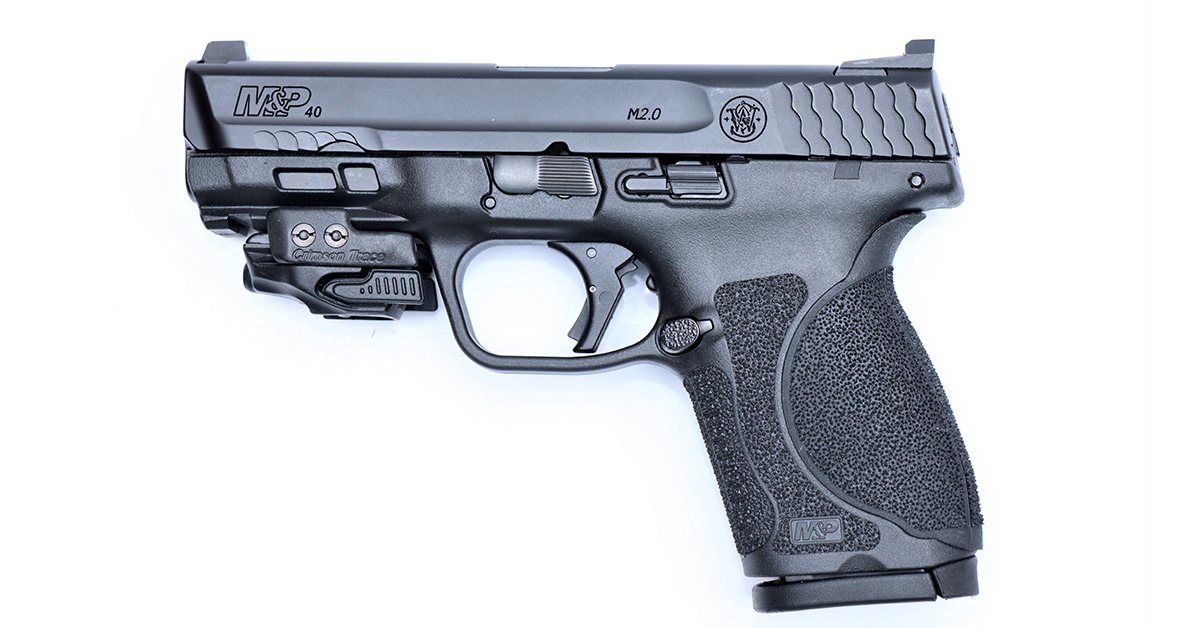 Unfortunately, lasers also have some drawbacks. For example, high-quality laser sights are expensive. A well-made combination laser/tactical light can cost up to $400, which is only a little less than the cost of some popular compact polymer frame semi-auto pistols. In addition, there’s an aiming issue. Like all sights, lasers provide a straight line of sight to the target. Bullets, though, move along a curved trajectory. If a laser is mounted either directly over or directly under the bore, the laser’s beam will intersect the bullet’s path at only two places. This means that if the laser is mounted under the barrel, the shooter must understand that, at close range, the bullet will hit the target above the dot projected by the laser. The opposite is true if the laser is mounted on top of the barrel.

This discrepancy between point of aim and point of impact is called “offset.” The amount of offset will depend upon the distance to the target and the distance at which the laser was sighted in. Additionally, if a laser sight is mounted on the side of a firearm, its beam will only intersect the path of the bullet at one specific distance. From that point on, it will drift to the right or left, depending on which side of the firearm the laser is mounted.

To reduce this issue to manageable proportions, I sight in the lasers on all my handguns at 15 yards. With long guns, I attempt to mount the lasers above or below the bore and sight them in at 25 yards. Then, I practice with the gun to be sure that I know the offset at various distances. 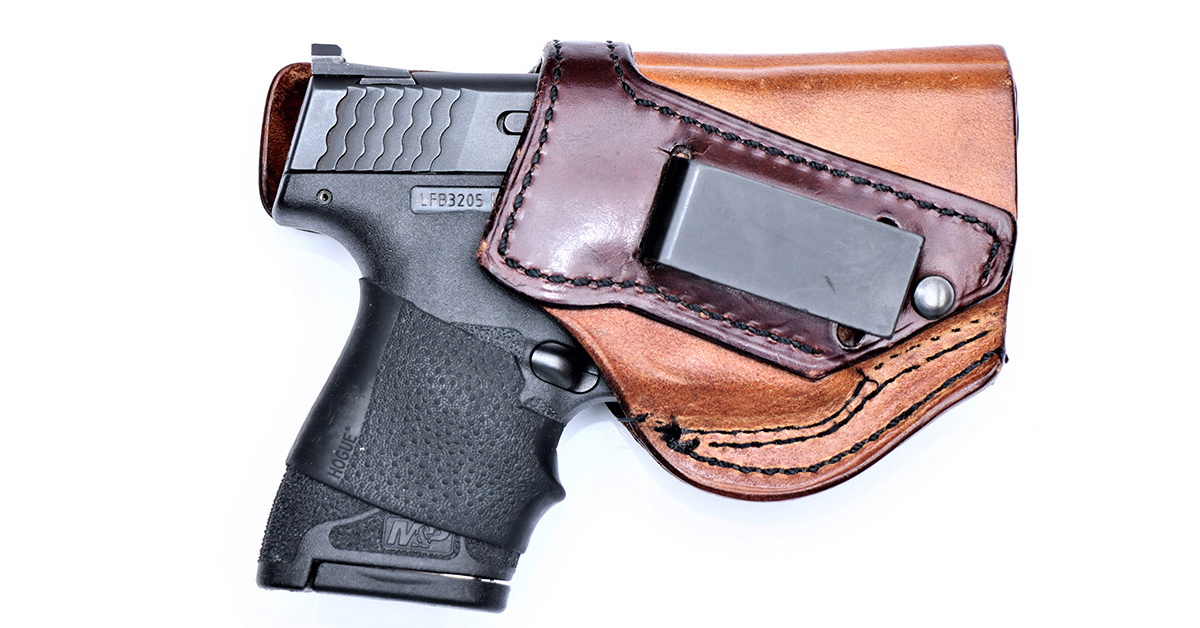 There are several other limitations involving the use of lasers. For example, it can be difficult to find a holster that fits a handgun equipped with a laser. Some holsters, like the one made for me by holster maker Rusty Sherrick, have enough leather that they can be modified to fit a handgun with a laser. There are also Kydex holsters available from some companies that will accommodate light/laser combinations. Just be sure to ask if the holster you’re ordering will fit your laser-equipped gun.

Glass and mirrors can also be a problem when deploying laser sights. Glass can deflect a laser beam so, in the unlikely event that a shot can only be made through glass, iron sights or an optic would be the better choice. 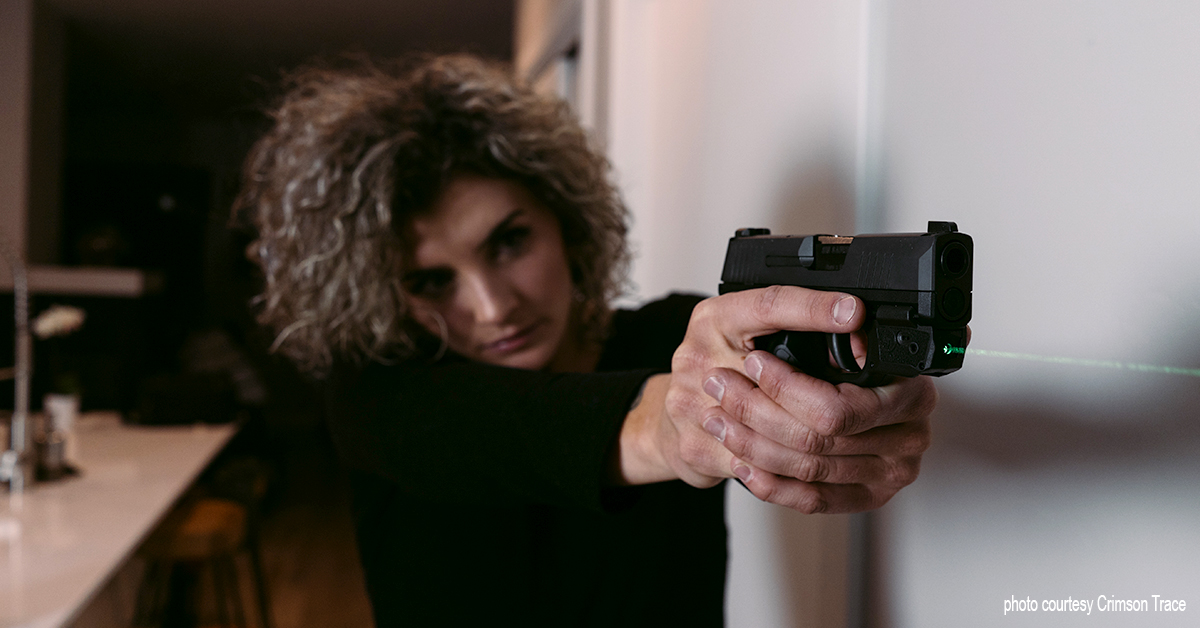 With respect to mirrors, keeping the gun at low ready until a shot needs to be made can help prevent blinding yourself and will also help illuminate a room. Just remember that each situation will require a different approach to light discipline, and you must balance the need to search against the need to remain concealed in darkness.

Finally, modern over-the-counter lasers are limited in power to 5mW. They are not 100-yard daylight sighting devices. On a sunny day, red lasers are best used within 10 yards and green lasers are useful out to about 20 yards. At night, they both will throw a beam far beyond the point at which offset limits the precision with which they can be used.

Lasers Are Clearly Worth It

Today’s lasers are certainly much better in quality than those of 40 years ago. Yes, lasers are expensive and do have their limitations, but used appropriately in combination with optics and/or iron sights, they can reduce the time needed to respond to a threat and they just may save your life. 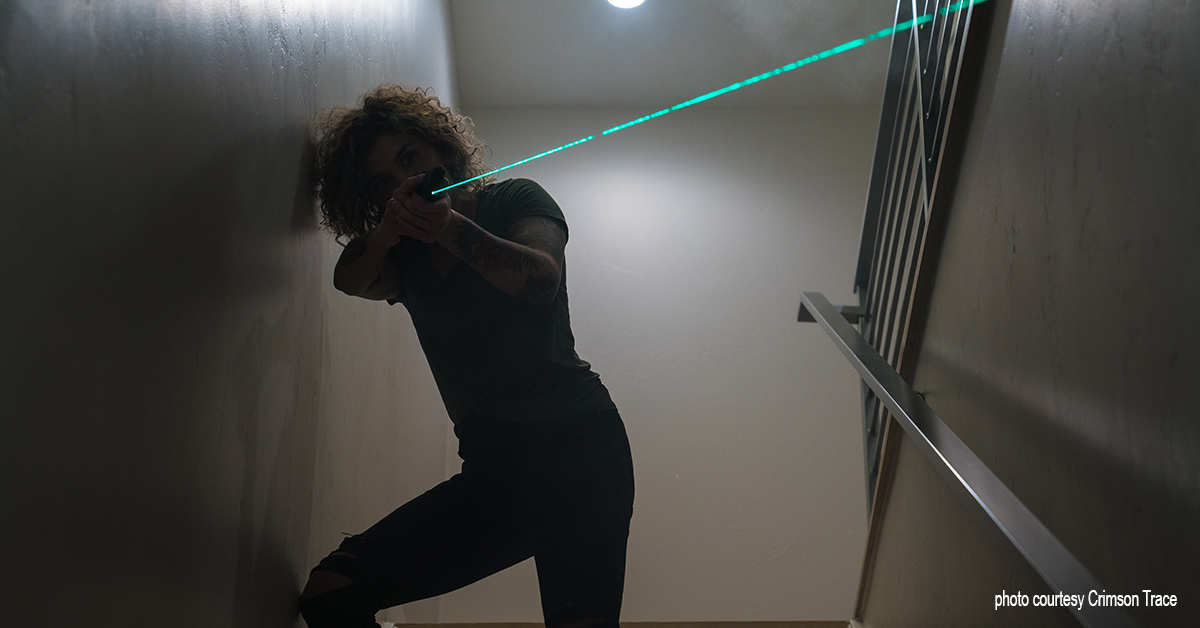 One of the most diversely applicable cartridges ever developed, the .300 BLK continues to …