For years, Taurus fame centered on novelties like the .45 Colt/.410 Judge, economy revolvers, and Beretta-style “reprint” pistols. Well, that bull has long left the pasture. Today’s Taurus dominates the field with product innovation, improved customer service, and a move into the top tier of American-made personal defense handguns.

There is no overlooking the fact that Taurus held a challenged reputation in prior decades here in the U.S. The Brazil-based manufacturer did stand up a production and distribution facility in Miami, Florida, in 1982 to tap into the growing handgun market stateside, but the company could never break out of its “also ran” status. With many pistol designs based on either Smith & Wesson or Beretta models (Taurus was associated with both brands during the 1970s and 1980s), and with the Brazilian HQ largely steering the ship, Taurus struggled to gain a passionate brand following in America.

­That started to turn around once Taurus began developing handguns in the Miami facility and introduced standouts like the Judge series. By the 2000s, Taurus had earned a name among the American shooting public, but the reputation continued to lag.

Then the company brought out the PT-111 Millennium G2 in 2013. That compact 9mm helped propel the Taurus name in the eyes of personal defense practitioners for its excellent performance and affordable price. Unfortunately, some quality issues combined with a not-ready-for-prime-time customer service effort led to some vocal dissatisfaction among consumers and the media that branded the company with a reputation it has been working to shake off ever since.

To make matters worse, Taurus introduced a couple of pistol models that couldn’t cut it in the marketplace. These included the Curve .380 ACP and the Spectrum — conceptually interesting concealed carry semi-autos that simply missed the mark.

In 2018, a pivot began that, over the next couple years, changed the narrative. Taurus burnished its “something different” credentials when it introduced the gonzo-level Raging Hunter revolver. This followed immediately with the company establishing an all-new, state-of-the-art manufacturing facility in southern Georgia in 2019, and the introduction of an entirely new class of striker-fired pistols that comprise the G-series. 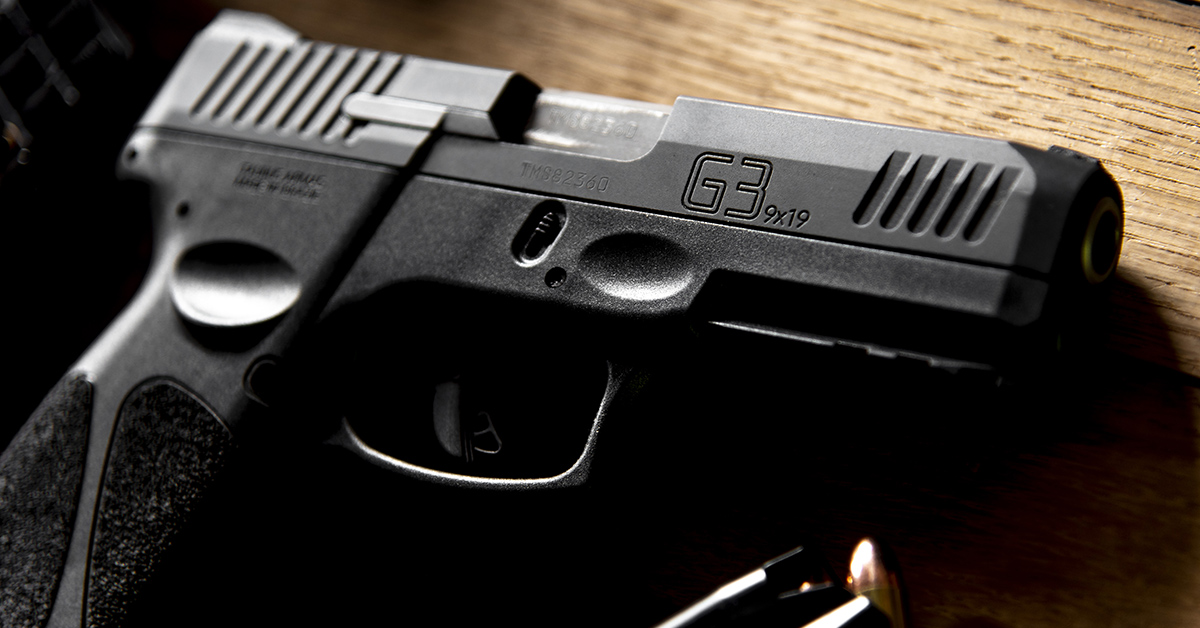 Today, Taurus has earned a top spot in the competitive EDC handgun segment with defensive pistols that meet or exceed the quality and performance of class-competing models that cost more.

But what about that customer service issue and the reputation that continues to shadow the Taurus brand? Those of us who have spent considerable time behind the new generation of G-series pistols have largely dismissed the quality control and service issues of years past. These are new guns partially made in a new facility by an essentially new cadre of employees and upper management. Has that same shift in thinking spread amongst the shooting enthusiast community and how has the “new Taurus USA” addressed the customer service issues that have dogged it for so many years? 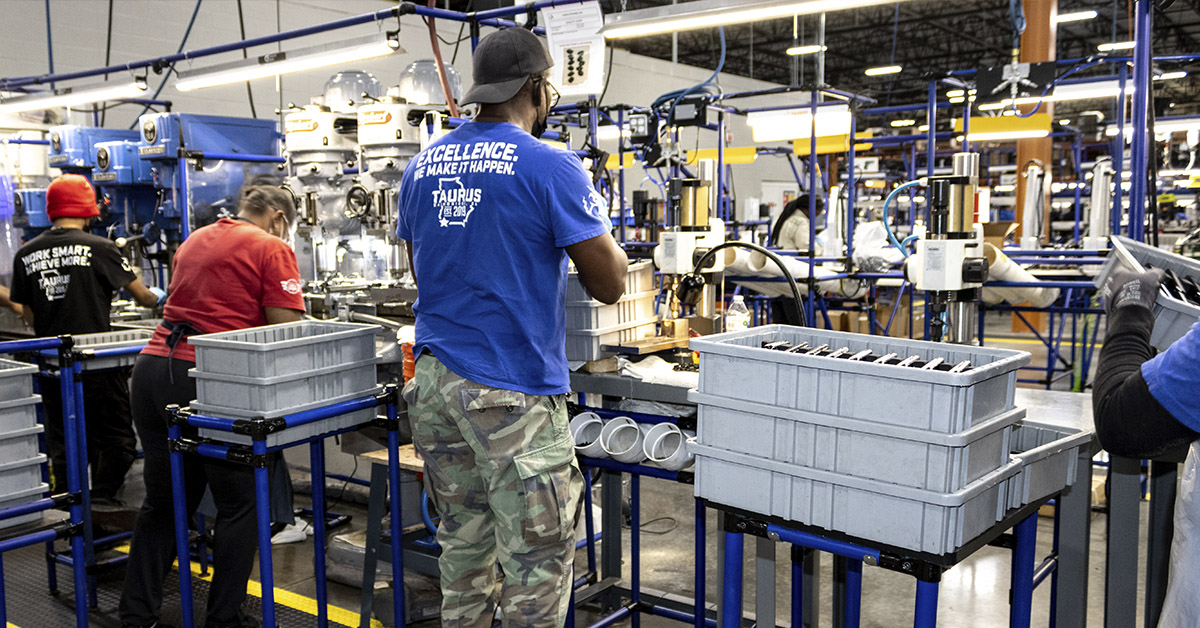 To find out, we talked with Taurus Marketing Director Cody Osborn, who is also part of the new regime, having been hired by Taurus earlier this year.

Shoot On: As most of us who pay attention to such things know, Taurus has been, if you excuse the pun, fighting like a bull these last few years to establish its bona fides in the EDC handgun segment. From our perspective, it is mission accomplished. Interestingly, this big shift occurred at the same time the new G-series hit the market and the company moved its U.S. headquarters from Miami to Bainbridge, Georgia. That, though, cannot be the whole story. To what does Taurus credit this significant turnaround?

Cody Osborn: The real heroes of this story are the people working in production and customer service. It’s been their dedication to getting things right at the first level that’s allowed us to ramp up domestic production and quality control. Without them, none of this works. 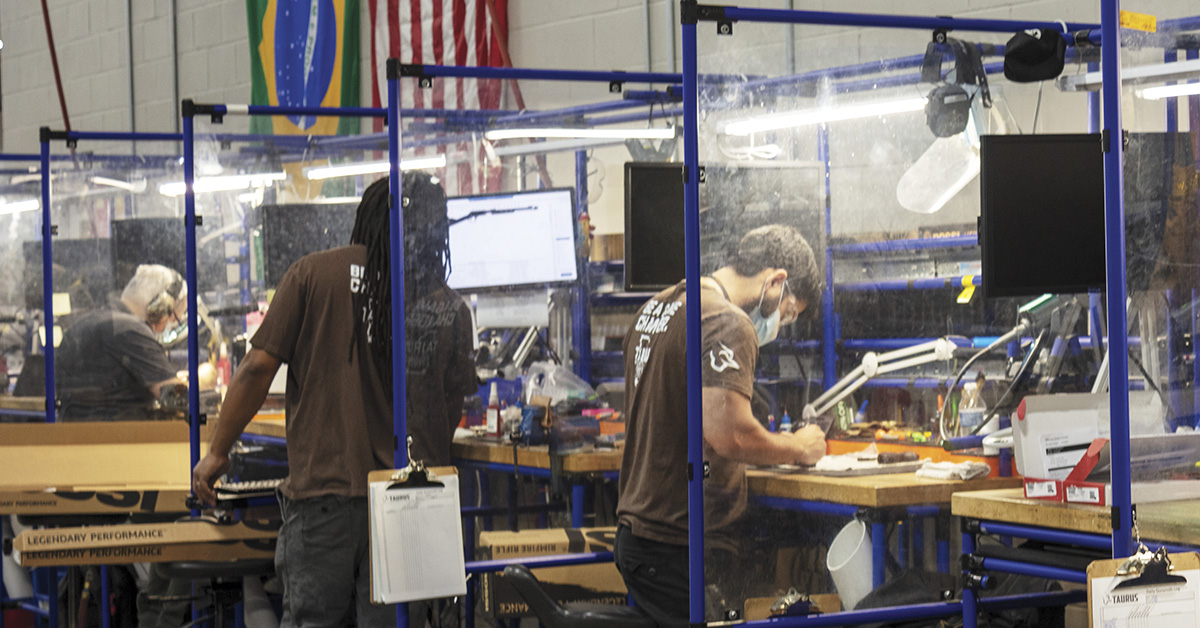 Shoot On: Customer service and quality control have been issues for Taurus in previous years and is a stigma that the company has been working to shake off. A good measure of this would be repair volume. What is the comparison between repair volume now versus the Miami era?

Cody Osborn: Repair volume is down across the board; especially when you look at guns that have been manufactured since we relocated to Bainbridge. In fact, the majority of our repairs and warranty work are performed on older, pre-Bainbridge-era guns. 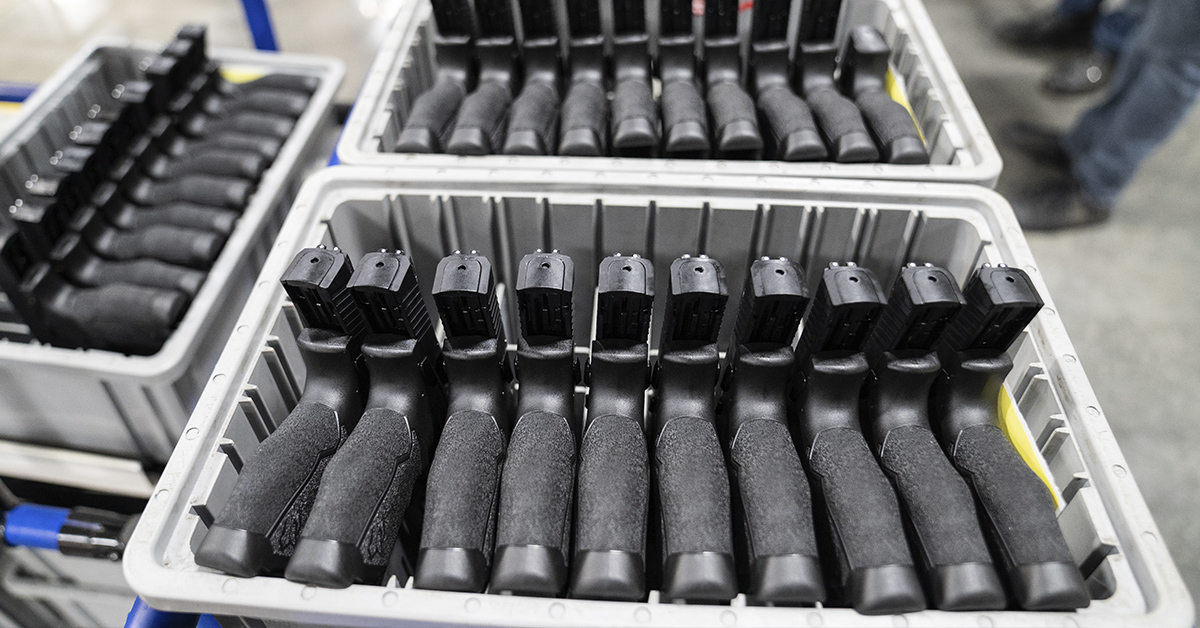 Shoot On: What are some of the factors that have contributed to reduced warranty servicing on Taurus handguns?

Cody Osborn: It’s that increased attention to QC. For example, every GX4 pistol is test-fired with both its magazines before it leaves the facility. We actually test fire every pistol that’s made in the USA before it goes out, which isn’t something every manufacturer can say. 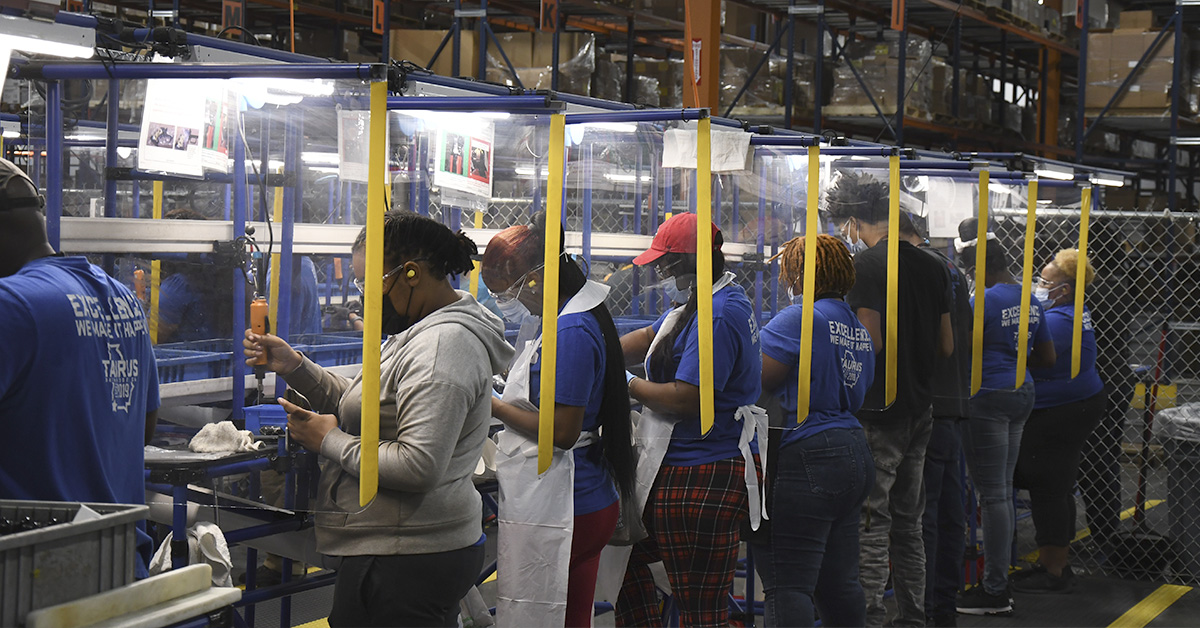 Shoot On: Repair service never disappears no matter what company is making the firearm. What is the turnaround time on repairs today versus the pre-Bainbridge days?

Cody Osborn: It’s much faster. You can probably remember hearing horror stories about six-month waits for guns to get back to customers. Now the process is tracked from the second we get a phone call all the way to the gun going back out the door to the customer. It’s much more efficient than it has ever been for us. 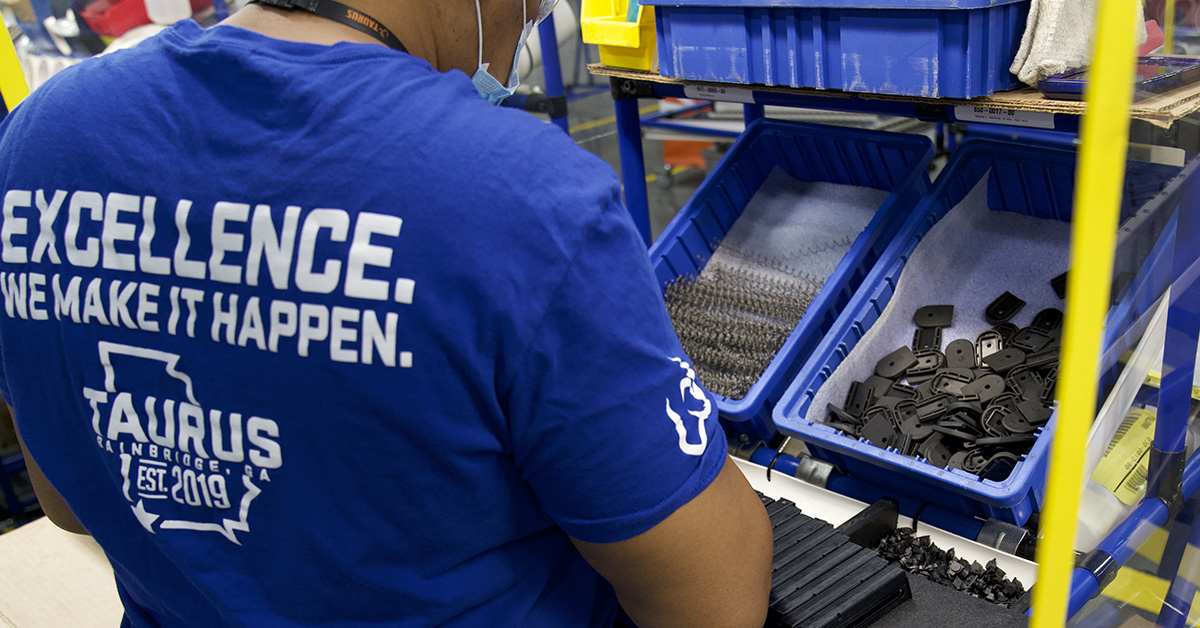 Shoot On: That is a significant improvement in repair turnaround. What are some of the factors or initiatives Taurus has taken to deliver such a course correction?

Cody Osborn: Well, like I mentioned, it’s that process improvement coupled with the fact that we prefer to promote from within. The head of our repair team has been with the company for some time and is fully invested in our success. That level of experience and dedication pays direct dividends to the product and processes. 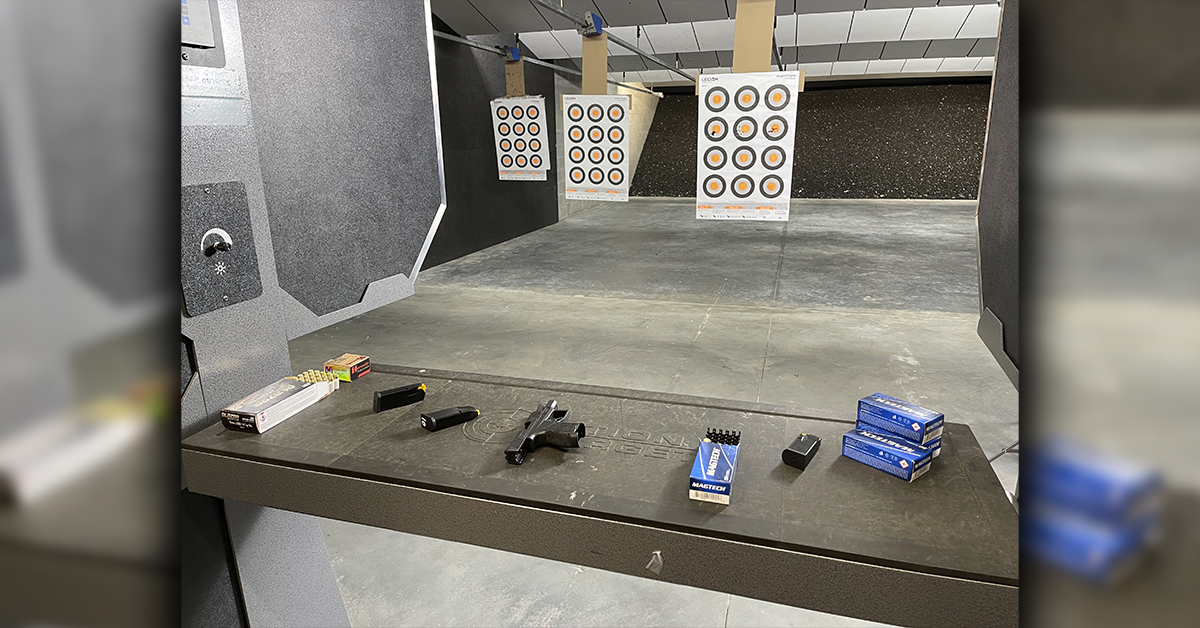 Shoot On: Looking at some of the G-series pistols we have in the office, the receivers/frames are stamped as made in Brazil. Are all the components made in Brazil, or are some made in Georgia?

Cody Osborn: The G3 pistols are made in Brazil, and testing for quality control in batches in the States. Components of the GX4 series are manufactured both in Brazil and the USA and assembled and QC’d exclusively here. 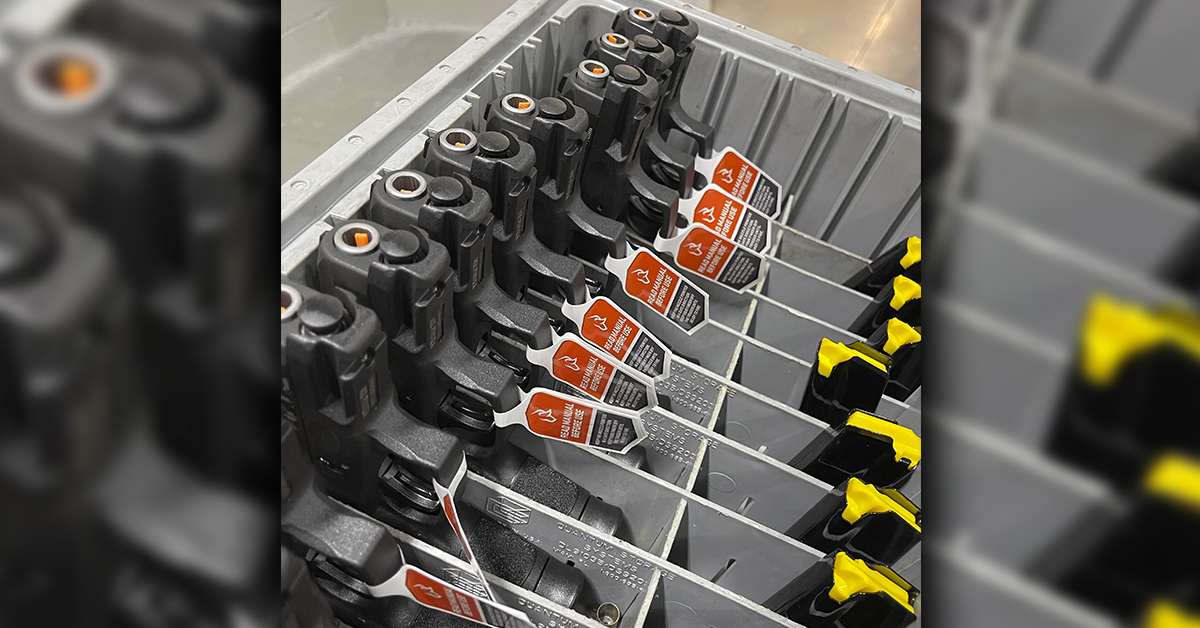 Shoot On: What firearms are currently built exclusively in Bainbridge?

Cody Osborn: The GX4 as mentioned is built and QC’d here, along with all the TX22 pistols, which is one of our best-selling items and a smash hit. Additionally, many of our revolvers receive final assembly of certain components here in Bainbridge. 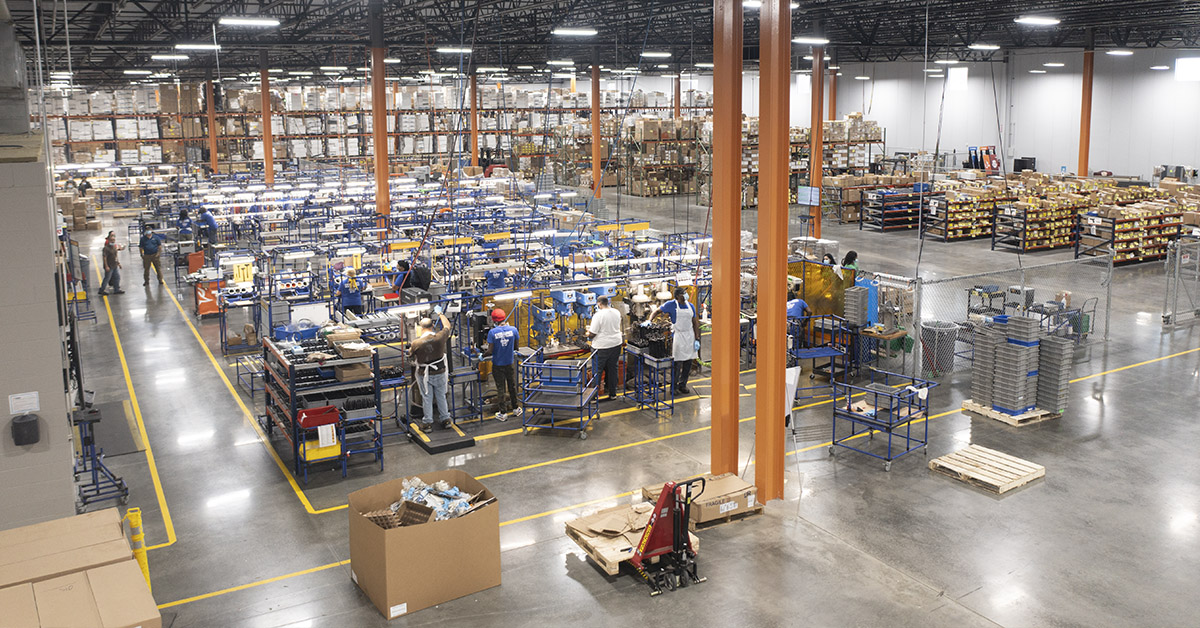 Shoot On: While Taurus is a Brazilian-headquartered company, the bulk of sales is now generated by the U.S. market. How has the new Bainbridge facility somewhat focused the greater Taurus operation to better meet the needs of the US consumer?

Cody Osborn: I mean, absolutely. The point of the relocation was to give us the room to expand the domestic operation to greater serve the US market. 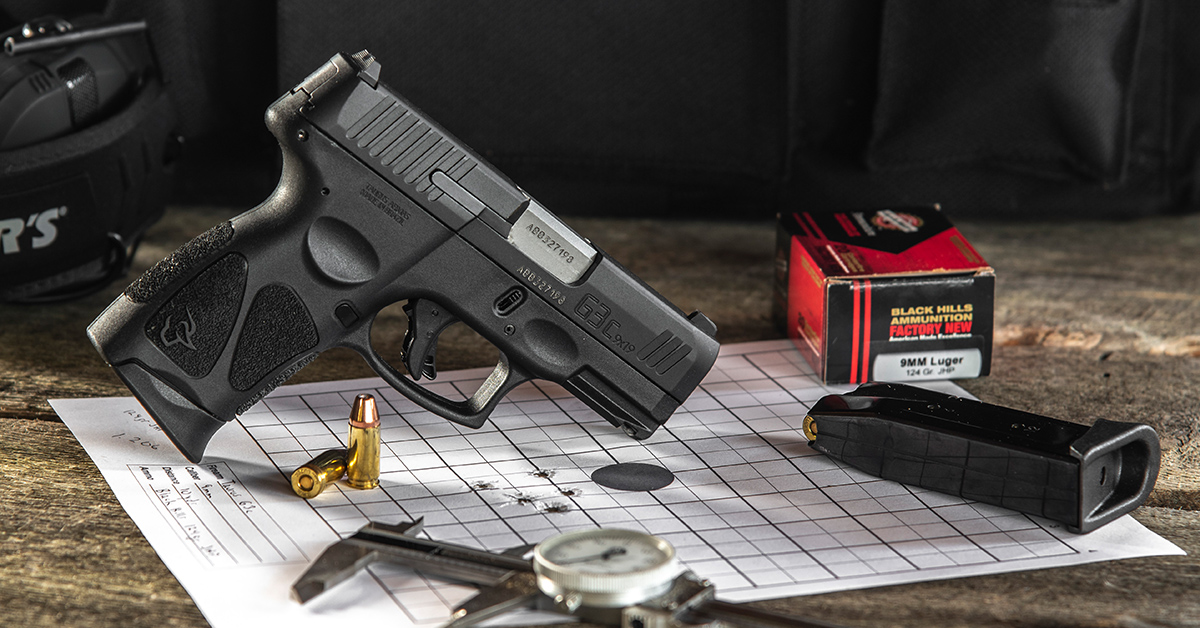 Shoot On: What’s the next big thing shooting enthusiasts or personal defense practitioners can expect from Taurus in the near future?

Cody Osborn: I think shooters are going to be really excited about the products we’re launching in 2023. Not only are we expanding some existing lines, but we also have a legitimate “never been done before” coming out! It’s going to be very exciting.