Developed for “slighter-built” shooters, the Walther PDP F semi-auto delivers everything you would want in self-defense handgun

PDP F doesn’t stand for perfected pistol but in the scheme of things, perhaps it is. Walther took the proven and popular Personal Defense Pistol and upped the ante by making it an easier handgun to handle. The PDF F-series is aimed toward female shooters, Walther tells us, and the result is a handgun with a smaller grip frame, Superterrain cocking serrations, and less force required to manipulate the slide.

I have to state that I am a Walther fan in the biggest way and this is my favorite all around Walther 9mm. Sure, the PPQ compact is easier to carry and the Q5 is more accurate. But for the complete package in an all-around home defense, carry, and sporting gun, the PDP F is a great choice. As for the female angle, my hands are average with shorter fingers than some folks. The PDP F is a good choice for the average-size shooter like me. For most female shooters, the PDP F is the golden ticket. 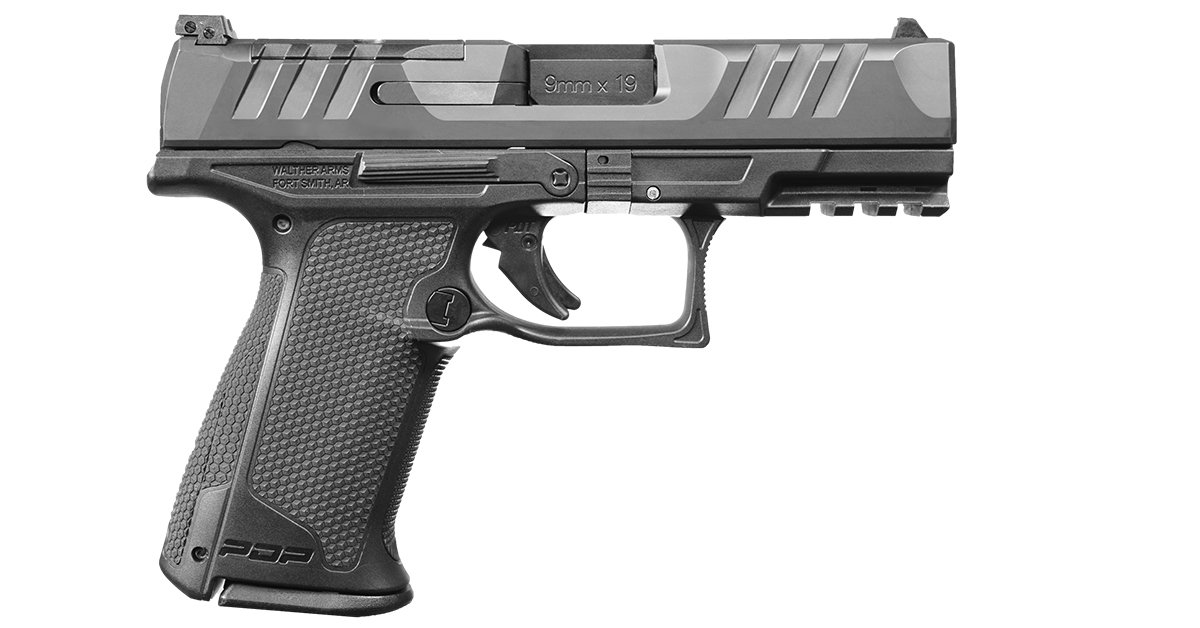 When the Walther striker-fired pistols were introduced, I was slow to get on the bandwagon. There are two kinds people in the striker-fired polymer frame arena. The first is the rabid GLOCK fan — nothing else is worthy of their attention. The GLOCK always works and was the first polymer-framed handgun for most. Then there are those who are unimpressed with the GLOCK or who simply want something different. If you pay less than the GLOCK, then corners have likely been cut. If you pay more, you may get something that shoots better. In the case of the Walther, hand fit and accuracy are better, and reliability is equal per my testing and research. That said, it is good to have options.

The Walther features a certain German style and flair most of us find pleasing. The barrel boats polygonal rifling, which may aid in accuracy. The slide finish is a rugged Tennifer and the pistol is provided with grip inserts to customize hand fit. The pistol is supplied with two fifteen round magazines. 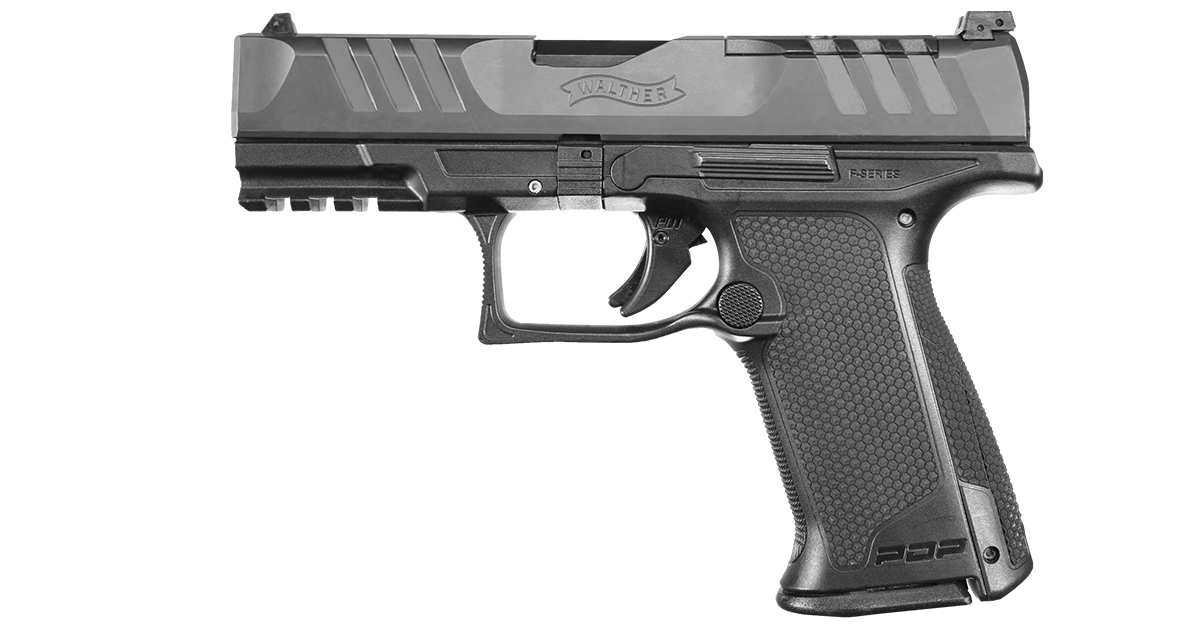 The Walther is the typical striker fired design with a blade lever safety set in the face of the trigger. The PDP F features a shorter trigger reach than the original PDP due to the grip’s redesign. The magazine catch is positive in operation. The slide lock is ambidextrous and easily manipulated. Takedown is quite simple, making maintenance easy. This is one advantage over the GLOCK. The pistol’s front strap doesn’t feature finger grooves, yet the grip treatment offers a good mix of abrasion and adhesion. A high undercut beneath the trigger guard helps lower the pistol’s bore axis. With the center line of the bore close to the hand, the pistol is easier to control. The design of the undercut and the grip tang ‘”reminds” you to take the proper high and firm grip on the pistol.

Walther calls the cocking serrations Superterrain. They are deep and offer plenty of leverage when using either the forward or the rear serrations. This is a good feature that makes for excellent control. 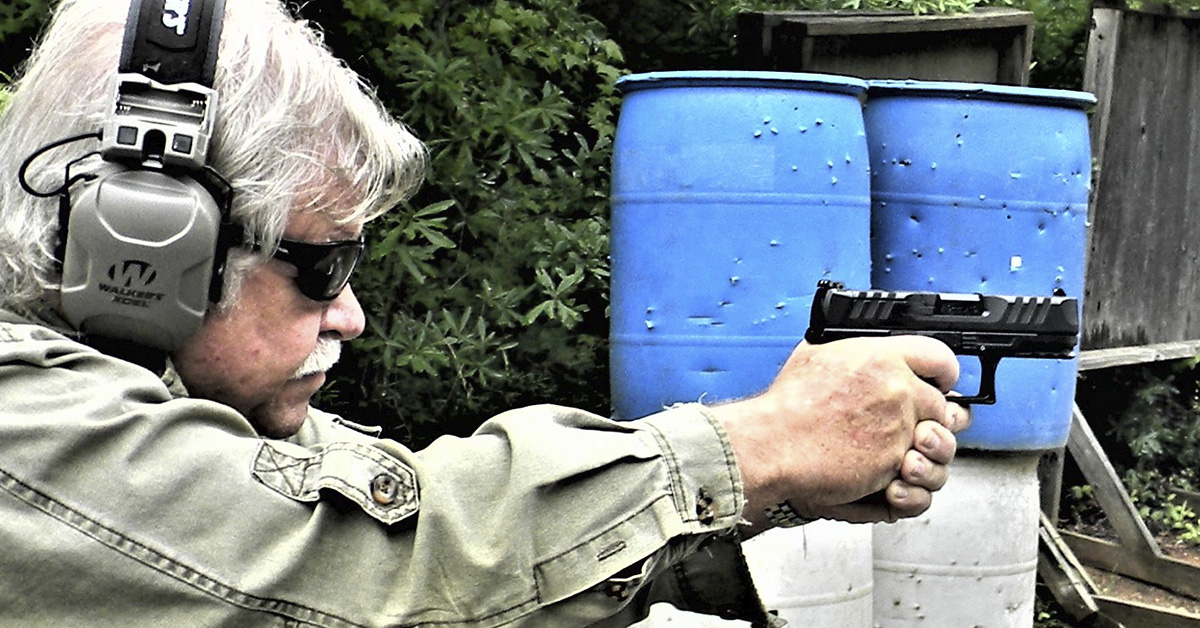 The heart of the pistol is the Performance Duty Trigger. My example breaks at a clean and crisp 4.9 pounds after about 670 rounds have been fired, which included a good mix of commercial FMJ, hollow points, +P, and even 124-grain NATO loads. The pistol has never failed to feed, chamber, fire, or eject — a given with Walther but not with every modern handgun. The trigger is one of the main reasons I like the PDP F and enjoy firing the Walther 9mm so much.

White three dot inserts make up the rear sight configuration. They are properly set up for 124-grain loads. I swapped them for XS Sights F8 night sights. This sight system comes with a .160-inch forward post that settles into a .0190 rear notch — ideal for a balance of speed and accuracy. 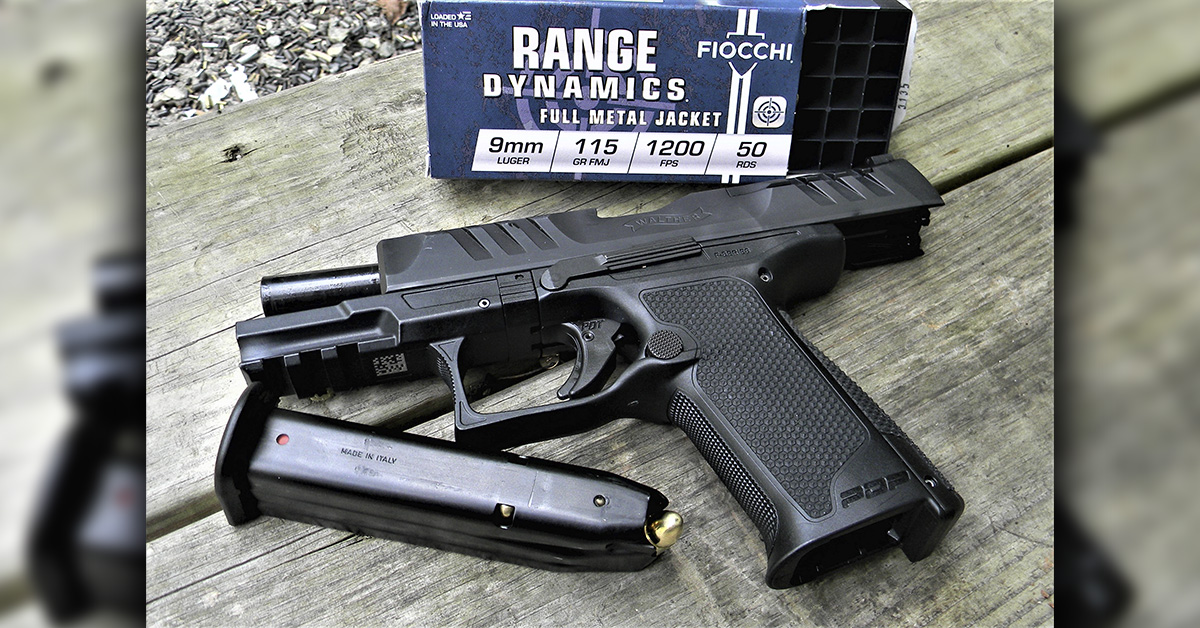 I was able to collect a good supply of 9mm ammunition that included 1988 head-stamped Winchester 124-grain NATO, Federal Premium 115-grain JHP, and Fiocchi Range Dynamics 115-grain. The Range Dynamics load breaks at 1164 fps from the Walther, burns clean, and offers excellent accuracy. This was the majority load tested. I have run quite a few of the latest defense loads in the Walther, including Remington’s Golden Saber 124-grain and the Fiocchi Extrema 147-grain JHP. All exhibited good performance.

The pistol comes on target quickly and handles well. If you understand how to ride the reset, fast follow up shots are well-placed. The holster I chose for testing was the N8Tactical Executive IWB. This is a well-designed Kydex rig offering a sharp draw and exceptional comfort. Time and again, the generous grip allowed rapid acquisition of the firing grip and a fast draw moving to a center hit. This pistol definitely compliments a trained shooter. 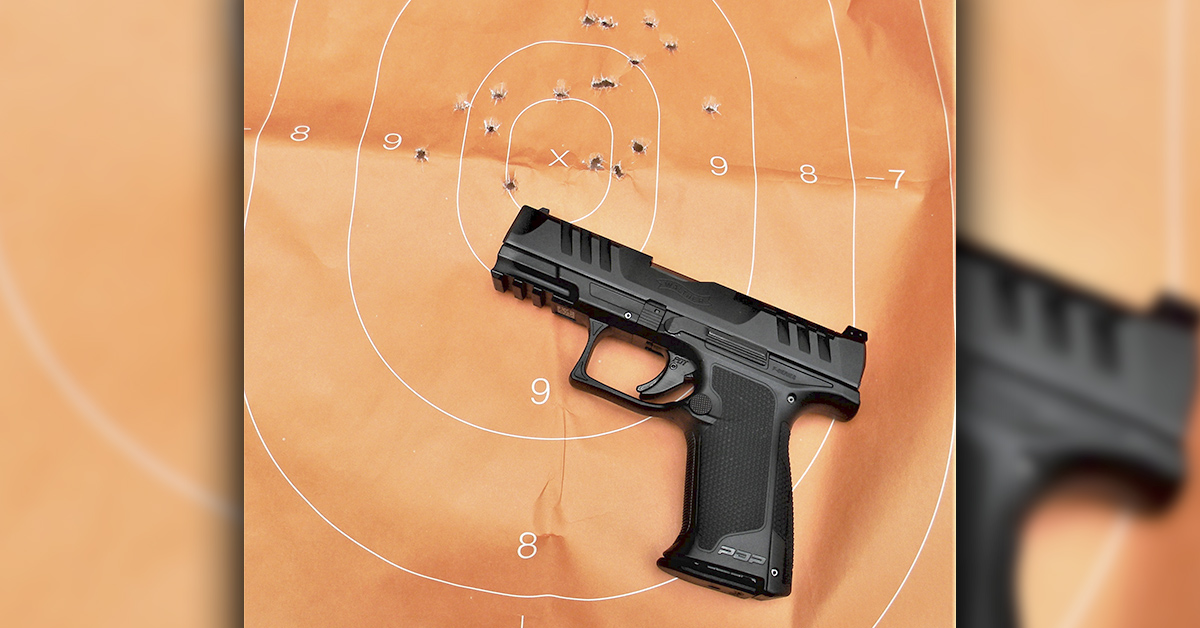 The Walther PDP F is an inherently accurate pistol and reliable to a fault. It is a modern handgun built with the smaller, weaker-handed shooter in mind but it is a home run for any shooter who favors ease of operation and dependability in a high-capacity, 15-round platform. Oh…and should you favor a red dot, the PDP F comes optics-ready.

The pistol is smooth to operate. Unlike some high capacity magazines, the PDP F magazines are easily loaded to full capacity. The trigger is exceptionally smooth. Practical accuracy is good to excellent. Reliability is good.

About the only complaint is with the “average” sights. This is really just a preference, but the gun can be upgraded to night sights, if that is your preference. You can also quickly install a red dot.

The pistol is certainly on a par with anything GLOCK or HK has to offer. The pistol has more class than most, which is difficult to define. 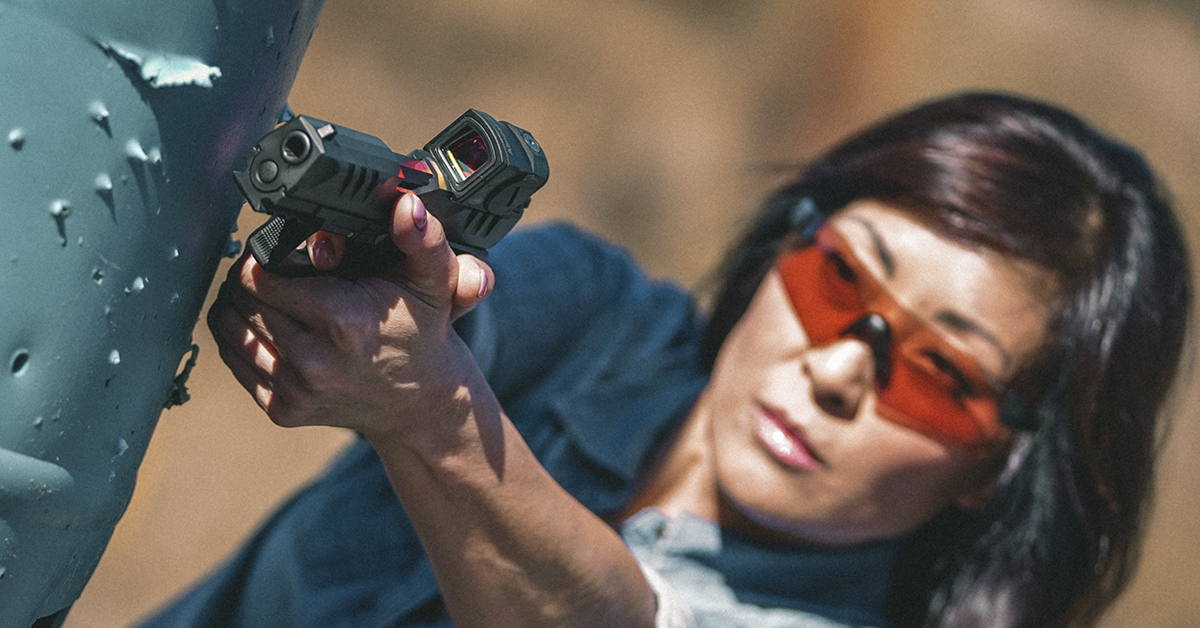