So, it’s quick. But as strong as turn-bolts? As accurate? What? A handle that changes sides?

The shot looked good; the hit was audible. But the elk lunged into dusk’s shadows. A brief pause at cover’s edge drew my second bullet. It felled the beast. The straight-pull rifle had delivered my follow-up lickety-split, just in time.

Since its Model 110 appeared in 1958, Savage has made accurate, dependable bolt-action rifles. It embarked recently on a tougher assignment: a straight-pull rifle as accurate and reliable but faster. And—a big hurdle—affordable. The few straight-pull rifles at market, from Europe, are costly.

Short weeks ago at this writing, Savage unveiled its Impulse.

The straight-pull idea dates at least to the 1880s, in a series of rifles from the shop of Ferdinand Ritter von Mannlicher, hired by Austria’s arms factory in 1877. The improved Model of 1895, in 8x50R, served Austro-Hungarian forces in WWI. Two helical grooves in the bolt body rotated twin lugs out of battery with a rearward tug on the bolt handle. The union of bolt head and receiver allowed just 3mm of bolt travel over the first 20mm of retraction, adding mechanical advantage for primary extraction.

In 1903, Canada’s .303 straight-pull Ross rifle borrowed heavily from the 1895 Mannlicher. The Canadian army took a much-improved model of 1910 to France in 1915. Alas, dirt in bolt recesses seized actions; “war-time” tolerances in British .303 ammo caused cycling issues; the Ross could be carelessly assembled to fire without lock-up, sending the bolt into the shooter’s face.

Most of a century later, clever German engineers came up with reliable straight-pull actions stout enough to brook cork-popping pressures from modern ammunition. Their bolt heads did not rotate.

Nor does that of the new Impulse. Six ball bearings in the one-piece bolt body are thrust outward by a spring-loaded rod to engage a recessed barrel extension as the bolt comes into battery (“Hexlock” in Savage parlance). With the bolt handle fully forward, there’s no way the bearings can retract, no way the bolt can accidentally open. Firing releases it for a fast reload. A flick of your hand extracts, ejects, feeds the next cartridge, and again locks the bolt. To unlock the bolt manually, you thumb a tab on the bolt’s tail above the two-position safety. That tab is also a cocking indicator (but not a loaded-chamber indicator).

Given that practiced shooters run the bolt during the pause of recoil, is a straight-pull action really faster with a follow-up shot? Well, yes.

Having used several straight-pull rifles, I’ve found their main advantage lies more in the direction of hand motion than in how far that hand travels. Lifting a bolt handle to cock and extract rotates the rifle before rotating the bolt head. A twist is there even if you’re not fighting steep cocking angles or a sticky hull. Pulling on a bolt, you tug the rifle in the direction of recoil. It doesn’t tip or squirm. Firing at moving and stationary targets offhand, I recover faster with a straight-pull bolt because the sight stays nearer the point of aim. Also, spared a camming action to unlock the bolt, I’m less apt to drop the rifle below sight-line for leverage. Prone, a straight-pull action absolves me of taking weight off my right elbow to lift the bolt.

The Impulse bolt has a recessed head with a short extractor and a slot for the mechanical ejector. The bolt release, on the receiver’s left flank, must be nudged forward then depressed.

The bolt handle can be adjusted to any of five forward angles. It can also be installed on the left side of the bolt! To change angles or switch sides, remove the bolt, press the button opposite the handle, and slide the cap off the keyed handle post. Change angles, if you wish, then replace the cap. To put the handle on the left side, unscrew the post and swap it with the handle, then re-assemble. Naturally, cases still exit the right-side port.

I like the bolt knob Savage installed; but it’s threaded on (5/16-24 UNF) so you can easily switch it out with a quarter-inch hex wrench.

Because the bolt locks directly to a barrel extension, the Impulse’s receiver need not be made of steel. Savage used lightweight aluminum. An integral Picatinny rail has 20 minutes of gain (an upward slant to the rear) so you don’t hit the scope’s vertical dial stop zeroing at long range. The receiver is held to the AccuStock (with embedded forend rail) by twin action screws, fore and aft of the magazine. A hole behind the guard lets you adjust the AccuTrigger with the provided tool.

Snap-on combs of various heights and a selection of butt spacers let you adapt the AccuFit buttstock to the sight-line, your face, and your shooting style.

Cataloged in three configurations and a range of chamberings, the Impulse was a hard rifle to find at its debut. Queues formed for sample rifles. I was fortunate to get the version and chambering that most appealed to me: an Impulse Big Game in .300 Winchester Magnum.

By any measure, this is an eye-catching rifle, with Hazel Green Cerakote on its receiver and 24-inch carbon steel barrel. That fluted, threaded barrel is stiff, its heft contributing to the slightly nose-heavy balance I prefer, and to the rifle’s considerable weight: 8.9 pounds. The synthetic stock has a Kuiu Verde 2.0 camo finish. The steel detachable box magazine fits flush, praise be. It has a forward latch and holds three rounds.

For range trials, I scrounged a Burris 4.5-14x scope in Burris rings that put the objective bell just off the barrel. The next-higher AccuFit comb might have better supported my face prone, but the comb on the rifle seemed perfect for other positions, so I left it in place. Other than swab the bore and check action screws, I did nothing to the rifle before bore-sighting.

At the range, the bolt slicked a cartridge from the magazine and the bolt handle leapt forward at a nudge. Cocked and locked. Behind the scope, I paused. Having turned solid lugs into machined cuts since the late Pleistocene, I momentarily questioned the will of six loose ball bearings to snug up behind 60,000 psi and keep a bolt that didn’t rotate from piercing my skull.

My reservation proved groundless, and bullets soon found the center of a 100-yard target. Groups with 165-grain Hornady InterBond loads averaged 1.1 inch. Excellent! But Federal’s 200-grain Terminal Ascent ammo performed even better, clumping bullets into .8. Of course, the small difference could easily have been my doing. And it amounts to no practical difference afield. A rifle that shoots hunting bullets into two inches will keep them inside deer vitals to about 450 yards. I’ve never killed a deer that far away.

The Impulse fed without fault; it extracted and ejected without hiccup. Its meaty barrel and well-proportioned stock, with generous butt-pad cushioning, held recoil to levels I expect from lightweight .30-06 rifles. No brake needed.

Shooters I’ve seen cycling a straight-pull rifle for the first time struggle—as did I—to do it fast. The problem: habit. Lift a handle designed instead to be pulled, and you’ve bound the bolt, twisted the rifle in your hand, lost time, and wasted your effort. Think of the door latch in an unfamiliar automobile. Ever fumble to find it? Ever try to move it the wrong way? Borrowing an autoloading shotgun after using a pump, have you tried to shuck the forend? Straight-pull rifles beg less operating effort than turn-bolts if you don’t try to lift and lower the bolt handle. 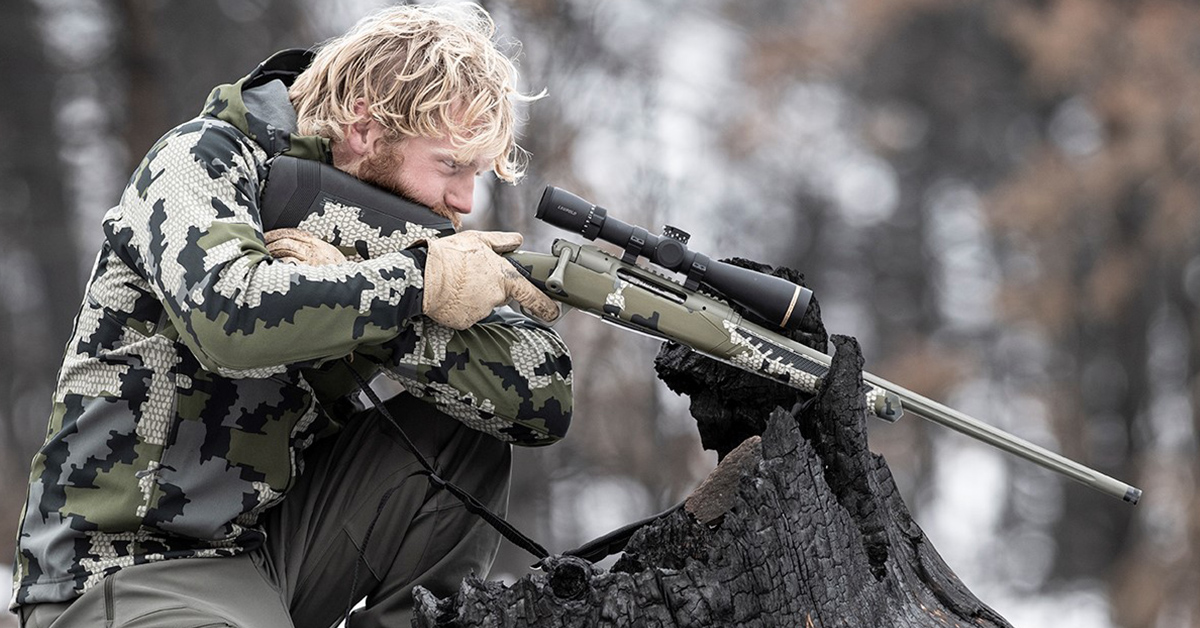 Firing fast without aiming is futile. So is firing late. Savage just made late shots easier to avoid.

Adjust it out, or you’ll be aiming at a target that’s not there. What? Your scope has no a…