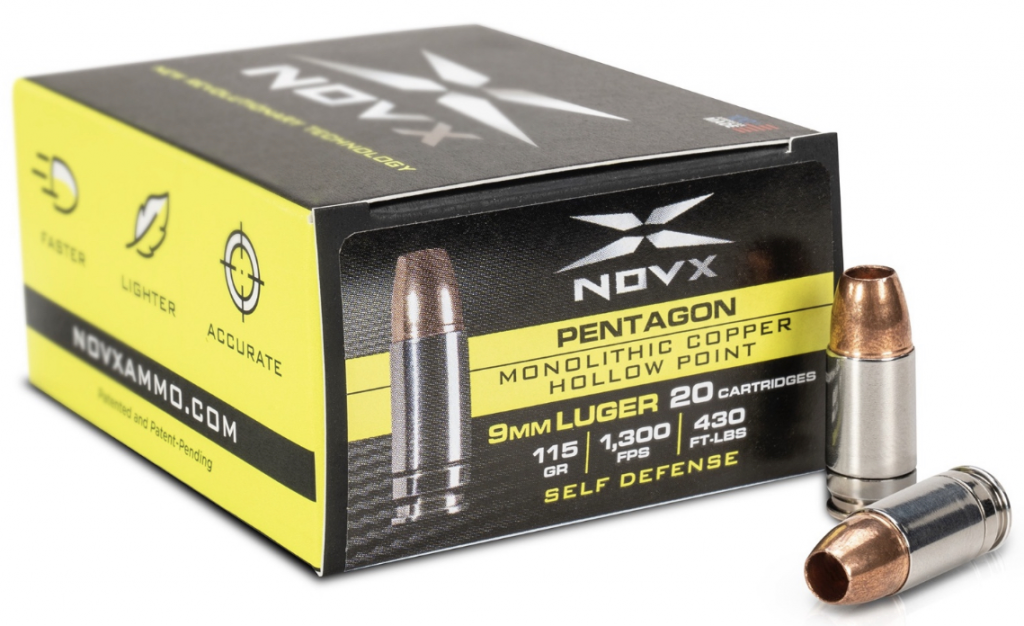 Pentagon is currently offered in:

The NovX Pentagon is their first in the series of new introductions which sets new benchmarks for EDC/CCW handgun ammunition in terms of terminal results and operational performance, and popular defensive rifle cartridges featuring Pentagon projectiles with others soon to follow. For more information on Pentagon ammunition as well as the proven NovX Engagement: Extreme and Cross Trainer/Competition line of defense and training ammo, visit NovXAmmo.com.