In our age of “grab-what-you-can” ammo availability, Taurus’ multi-caliber 692 makes more sense than ever

Four years ago—you know, in those idyllic “before times”—Taurus brought forth an interesting and innovative new revolver. Billed as the 692 Multi-Caliber, this handgun promised to expand cartridge compatibility well beyond the typical .357 Magnum/.38 Special modality, introducing the option of firing 9mm Luger in addition to the aforementioned rounds.

How so? By including a separate cylinder assembly chambered for the 9mm. 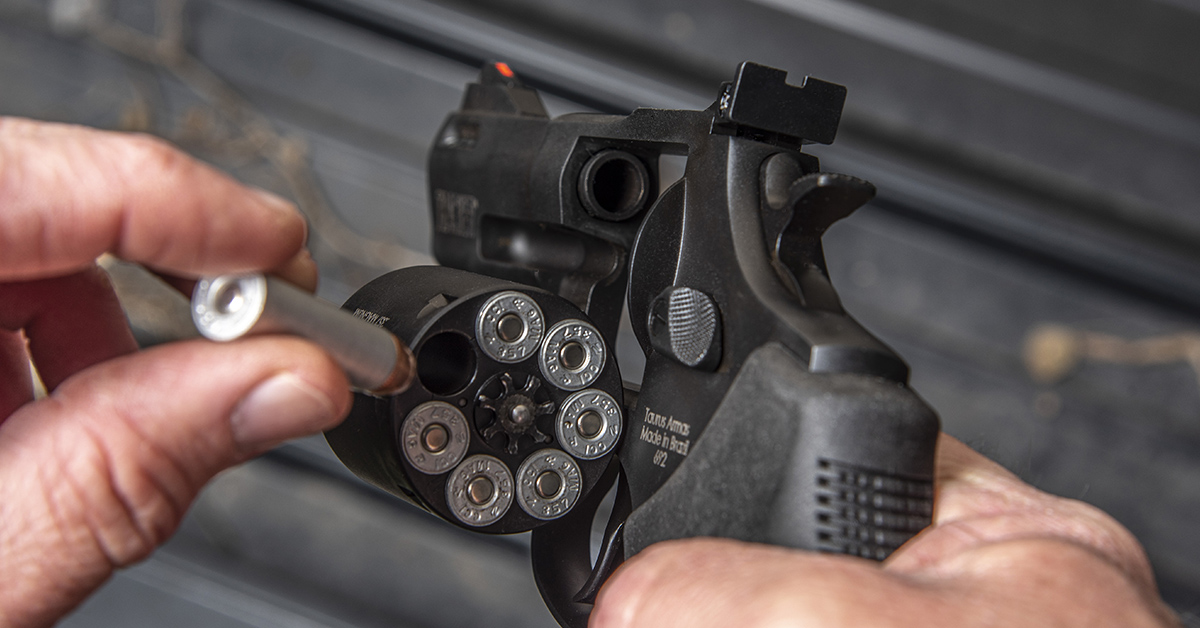 Modern double-action revolvers, on the other hand, utilize a crane, or yoke, which allows the cylinder to swing out for rapid case ejection and reloading. That makes for a more complicated system of an already complicated system when you consider the exacting engineering that goes into making a revolver work. For this reason (and probably more), manufacturers never took a hard commercial look at developing a revolver that allowed for cylinder/crane assemblies to be easily swapped for the sake of expanding cartridge compatibility. It’s simply more profitable to have the consumer buy another handgun in the desired caliber.

Taurus thought differently. Even when ammunition was as abundant as dandelions on a sunny May day, time spent on the range with a .357 Magnum/.38 Special revolver meant a hit to the wallet, sore palms, and abbreviated practice sessions. But if that same revolver could shoot softer-recoil and considerably less expensive 9mm bulk ammo, well…happy days. Less painful and expensive practice could ensue, and the 9mm option would provide the ideal training round for new and smaller stature shooters. In essence, you could train vigorously with 9mm ammo on the same gun that would be used to propel the harder hitting (and bucking) .357 Magnum/.38 Special when in home or personal defense mode.

The result of this line of thinking for Taurus was the development of a cylinder and crane assembly system that could easily swap between .357 Magnum/.38 Special and 9mm Luger. 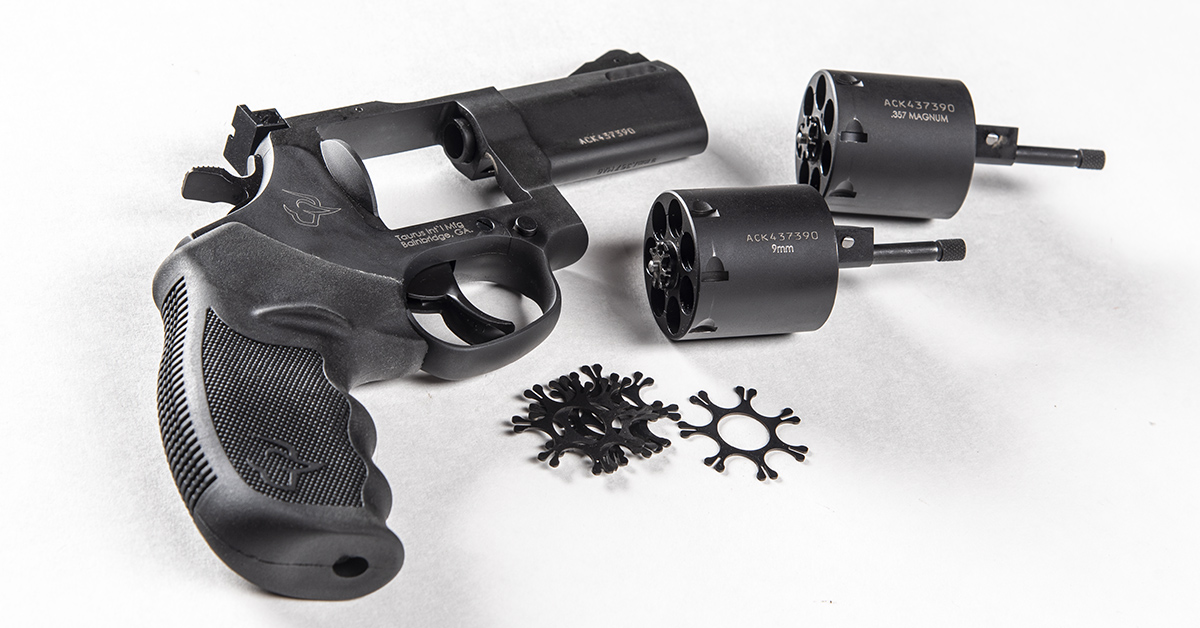 Enter the Taurus 692. The 692 is rated for .357 Magnum/.38 Special +P loads and comes with a 7-shot cylinder/crane assembly for these cartridges. Additionally, the 692 includes a 7-shot cylinder chambered for 9mm Luger with dimensional variations to accept the required moon clips or, as Taurus calls them, stellar clips.

If you are unfamiliar with moon clips or their purpose, it is straightforward. From left to right are 9mm, .38 Special, and .357 Magnum cartridges. Different overall lengths, of course, but notice the case heads. The .38 Special and .357 Magnum have rims that extend beyond the case diameter, making them “rimmed cases.” When you drop a cartridge like these into an appropriately chambered cylinder, the rim supports the case in the cylinder.

Contrast this to the 9mm cartridge on the left. Notice that it has an extractor groove just like the .38 Special, but the rim does not extend beyond the case diameter. The 9mm is a “rimless” case. Drop this into a revolver cylinder and the cartridge would fall through the other side because it is not supported. This is the reason moon clips were developed. 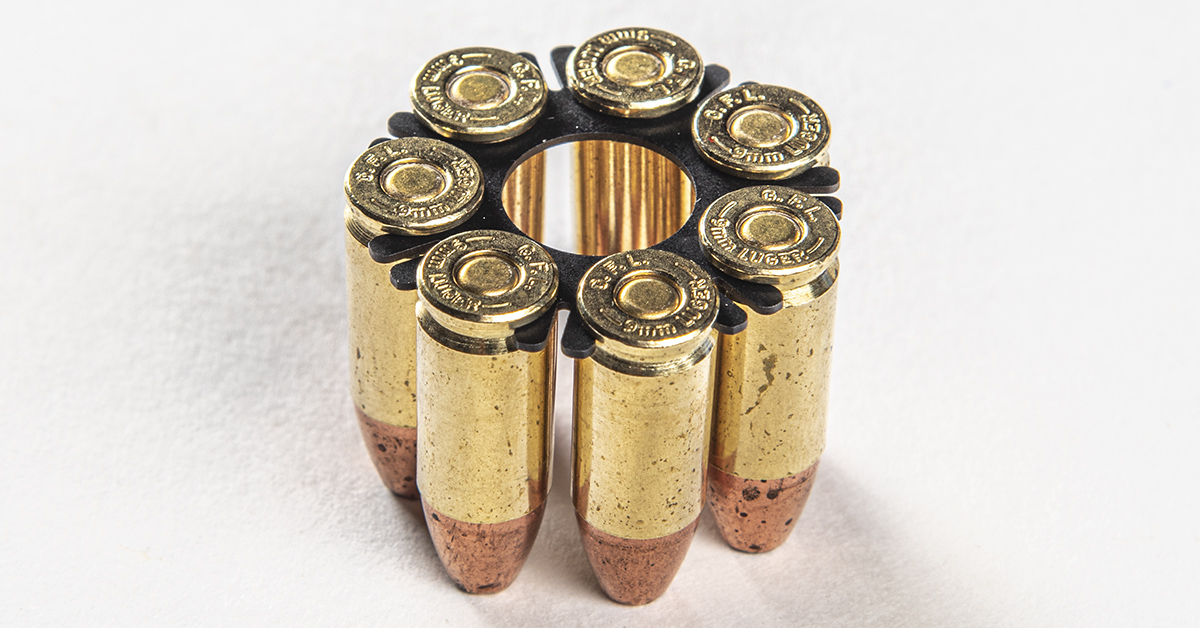 Moon clips allow rimless cartridges, like the 9mm and 45 ACP, to be fired in revolvers so chambered. The cartridges slip into the clip at the extractor groove, essentially turning a rimless cartridge into a rimmed cartridge. To use, drop the loaded moon clip into the cylinder, close the cylinder, and you’re ready to fire. When you’ve fired all rounds, the ejector rod pushes the clip and empty cases out of the cylinder and you’re ready to reload. 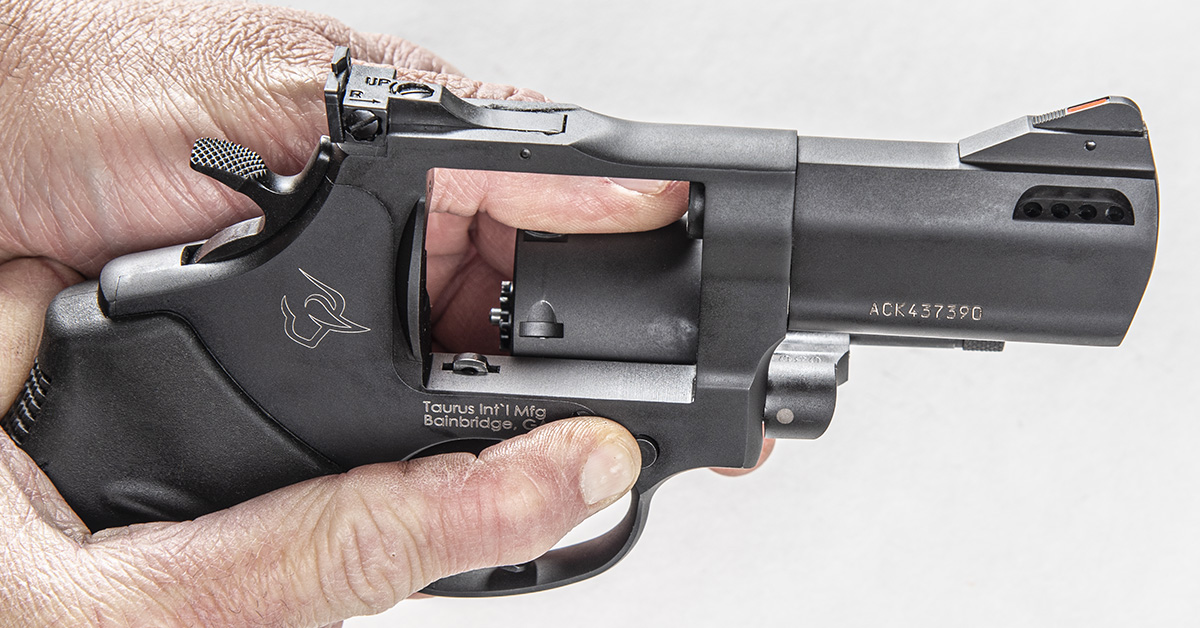 Back to the 692, Taurus made switching between the .357 Magnum/.38 Special cylinder assembly remarkably easy. A cylinder assembly catch is located above the front of the trigger guard. Open the cylinder, depress the catch button, and slide the cylinder and crane assembly forward to remove it from the frame. To reinstall or swap in a different cylinder, simply reverse the process. That’s it. No tools required.

The original idea for the 692’s dual-cylinder design is still valid—provide 9mm capability for practice and training sessions while maintaining a defense-ready condition with the.357 Magnum/.38 Special +P ammo. Today, though, employing 9mm simply for training may not be an option—it may be your only recourse for defensive ammunition. With quality defensive ammo still sporadic in availability, you may have to run with what you can get your hands on. Having a gun that can accept THREE different cartridges is a huge asset right now and probably will be into the foreseeable future given how things are going. For this, alone, the Taurus 692 gets our approval.

Fortunately, this isn’t a one-trick revolver. The dual-cylinder feature aside, the 692 is a wonderful medium-frame handgun that has proven to be accurate, easy to shoot, and a joy to carry in its 3-inch barrel configuration (2.5- and 6.5-inch models are also available). Let’s take a closer look… 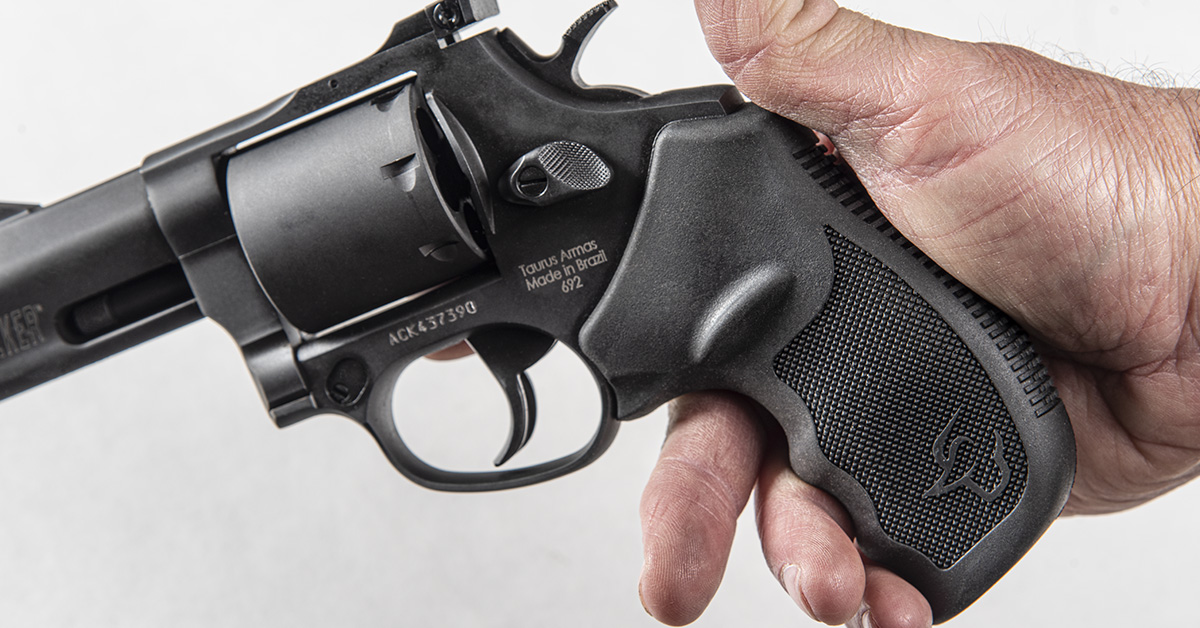 Most folks are immediately struck by the 692’s cushy Ribber Grip. The rubber compound used is downright sticky. Combine that with the ergonomic profile and you have a grip that delivers optimal control and comfort. Then there is the recoil mitigation component. The softish rubber fairly eliminates the sharp palm bite when shooting high-energy, heavy-bullet loads. As for shooting 9mm loads…pftttt…the 692 is a creampuff. 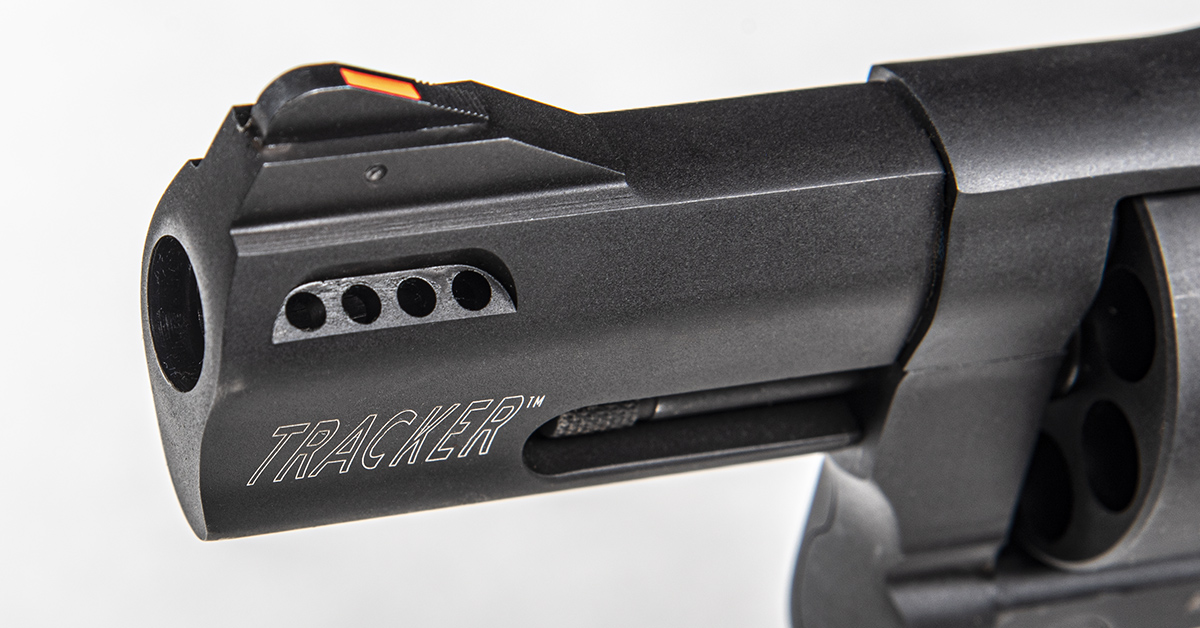 Another control manager is the ported barrel. A set of quad ports vent gas upward, pushing the barrel down to counter muzzle rise. This makes target reacquisition quick and easy. As for getting on target, the 692 offers a delicious sight picture. The ramped front post features a brilliant orange stripe to quickly orient the front sight. I admit that, at first, I wasn’t too keen on this because I prefer an all-black silhouette for my front sight. The orange stripe seemed to fudge my sight picture. Once I became used to it, I began to appreciate its high visibility for defensive shooting scenarios. I still wouldn’t favor it for precision target shooting, but for home and personal defense where engagement distances are counted in a few steps, it is actually quite beneficial. 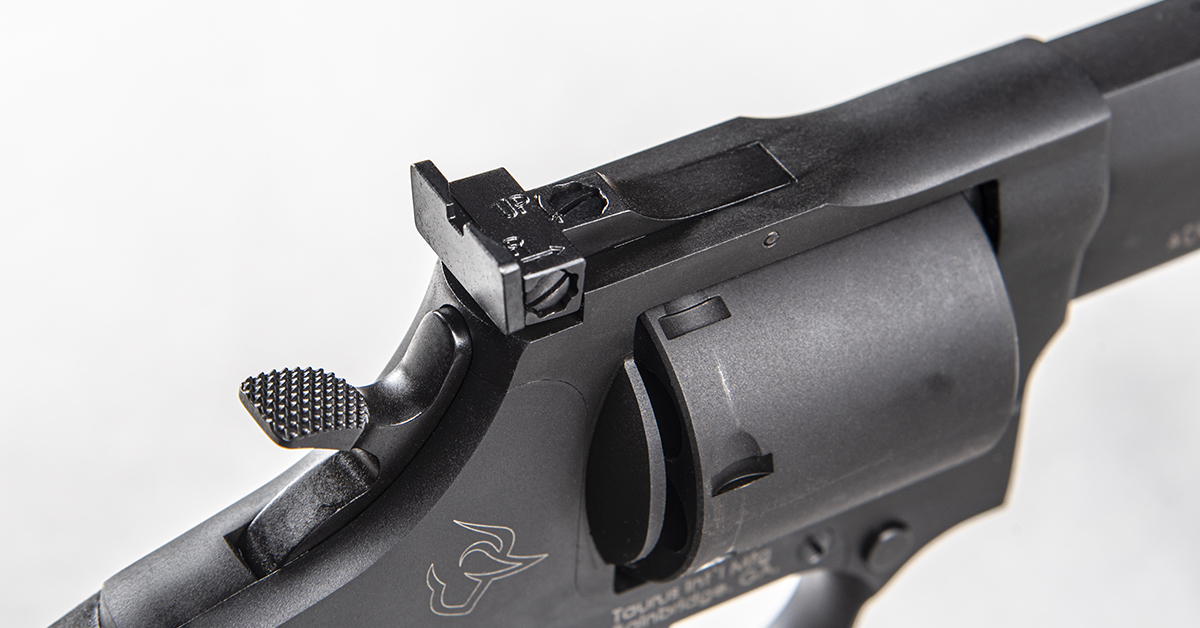 Moving to the rear sight, it is a tad on the wide side but that in no way diminishes its function. It features a square notch profile and is adjustable for both windage and elevation via a flathead driver. The easy adjustability is a good thing, because if you plan to shoot the spectrum of loads the 692 can manage (or even just two of them), it will take some tinkering with sight adjustment to find that happy middle ground that allows you to confidently shoot different ammo without having to readjust the sights for each load. 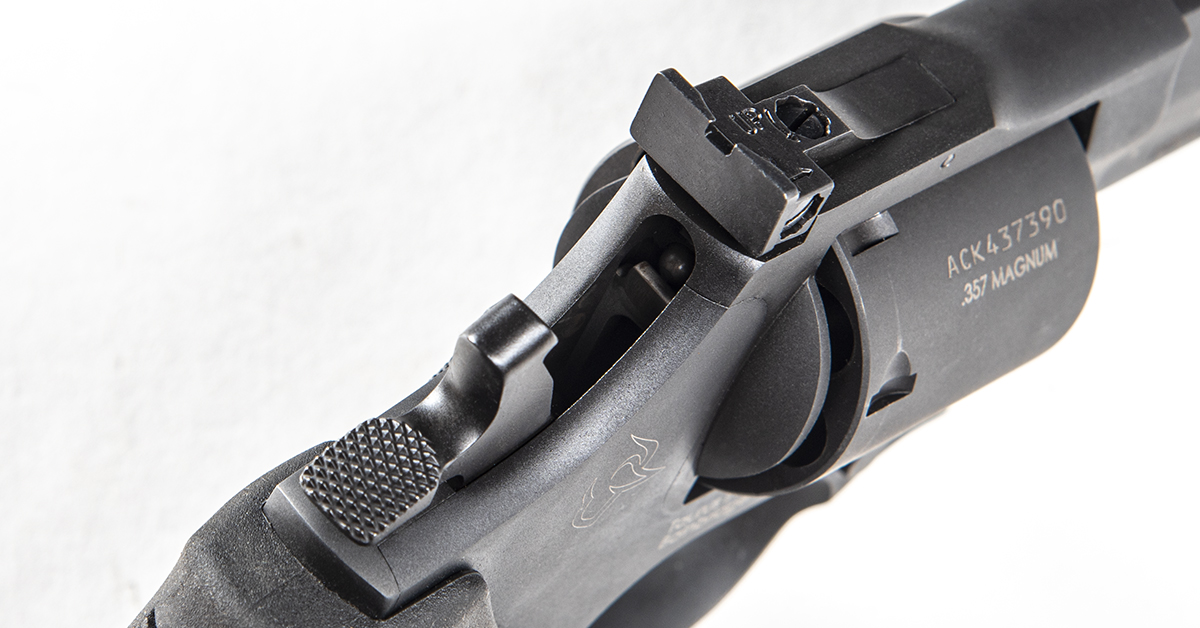 A bit of a surprise was the trigger. In both double- and single-action modes, the 692 pulls smoothly and breaks clean. I was expecting it to lean towards the rough side (no particular reason…just did) and was pleased to find it anything but. The pull is also relatively light. On the Lyman scale, my 692 had an average double-action (hammer down) pull weight of 8 lbs. 13.3 oz. That’s an easy tug for any adult shooter and goes a long way toward accuracy when shooting in double-action mode. The average single-action (hammer cocked) pull weight was 5 lbs. 3.9 oz. Again, nice and comfortable.

The 692 utilizes a transfer bar safety, meaning the hammer cannot strike the firing pin unless the trigger is pulled fully rearward. So, no problems carrying the gun loaded with the full seven rounds in the chamber. 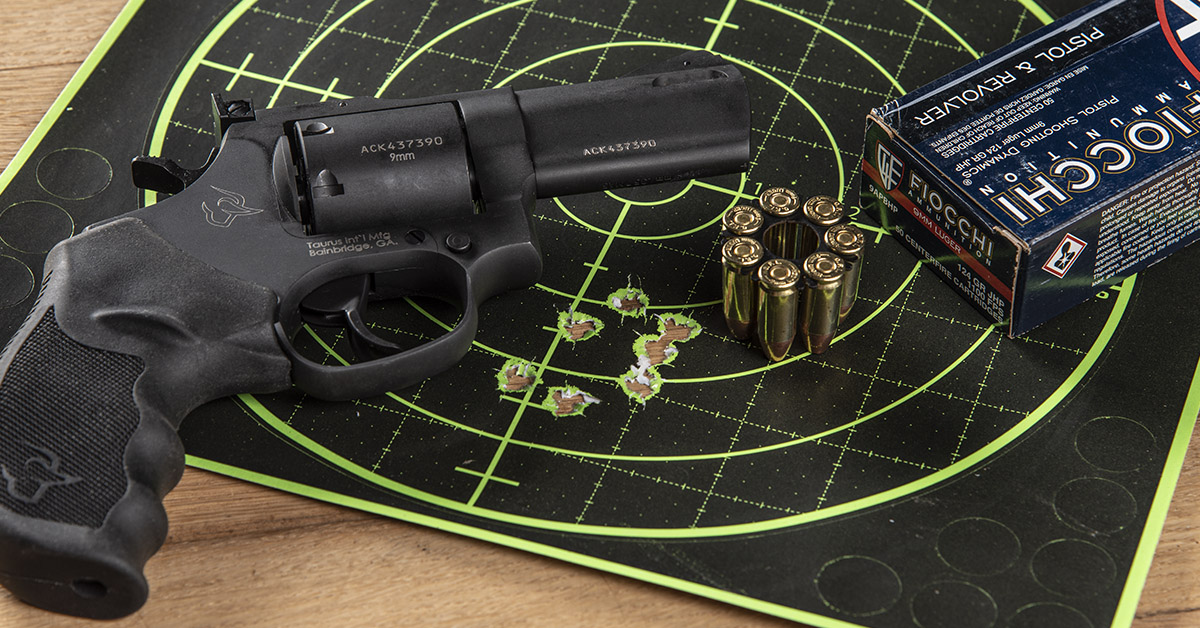 As mentioned, a multi-cartridge revolver like the Taurus 692 begs for some experimentation to find the right combination of loads that shoot with the relatively same point-of-impact at a chosen defensive distance—say, 15 to 25 yards. Once you’ve discovered those, then it is a matter of adjusting the sights to an average point-of-aim/point-of-impact that ensures you will hit your target no matter the cartridge. 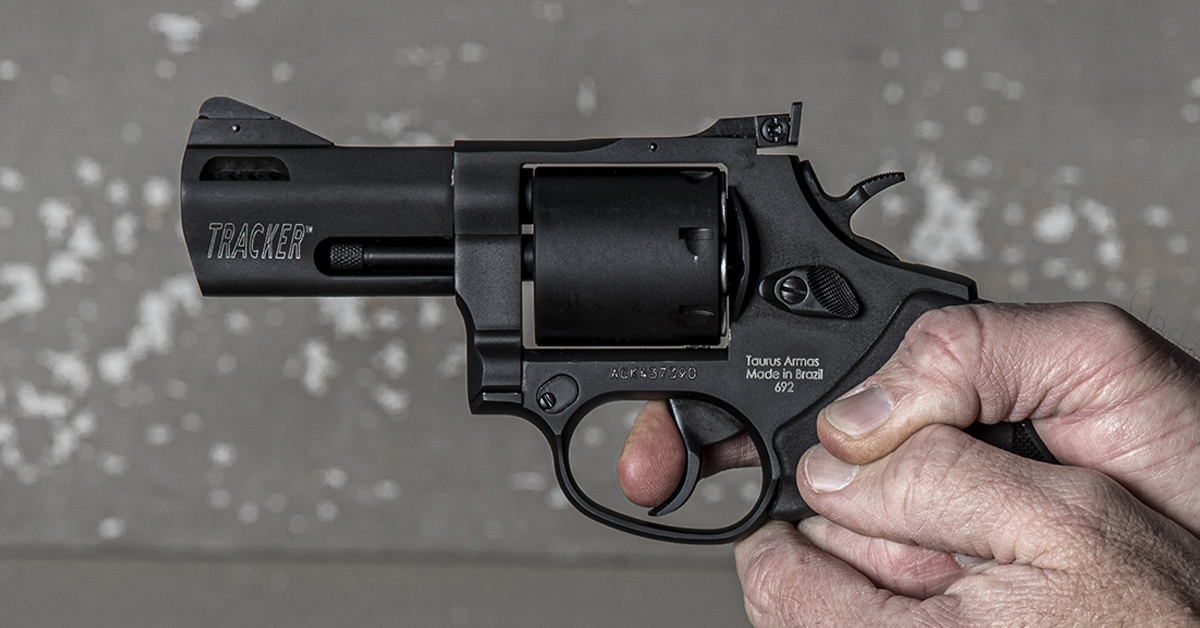 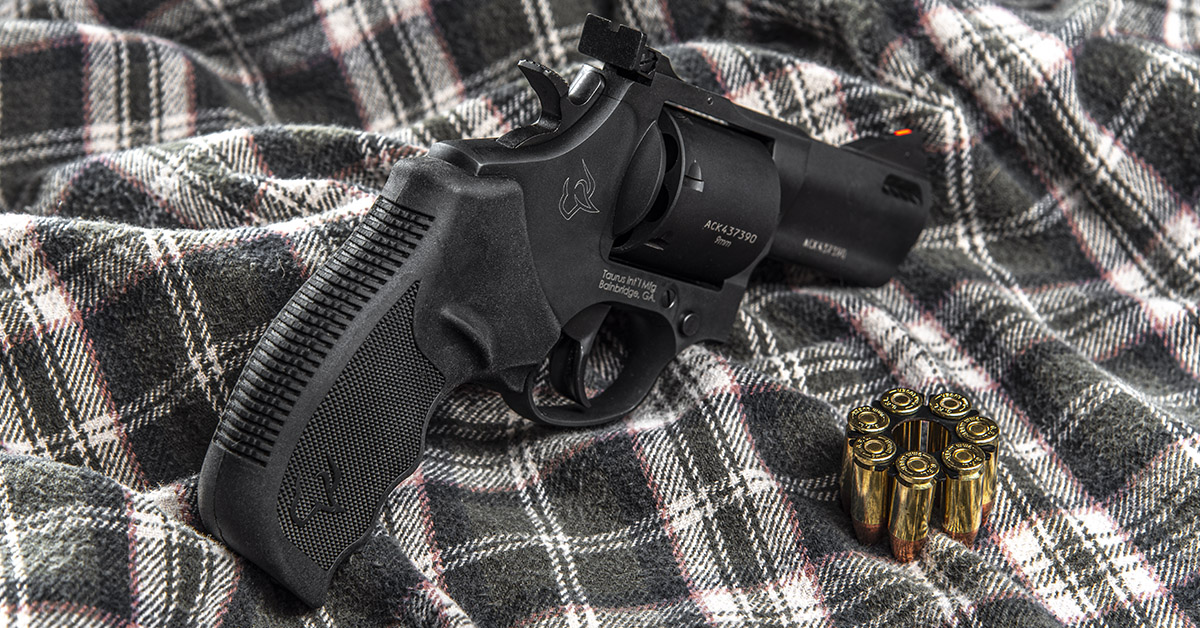