My youngest son, Brody, has worn out the barrel of his Stoeger S4000-E Suppressed air gun. Not really, but I swear that kid shoots it every single day, and the local squirrel population has taken a dip.

He loves the gun’s Multi-Grip System, and his mother and I loved the price tag. No, this isn’t a Shoot-On airgun review, though that would be cool. Instead, I’m just painting a little Stoeger picture: quality, enjoyable shooting, and dependability at a price that doesn’t flop the bottom jaw open.

I’ve made no mistake that I’m a 1911 lover. I don’t have massive hands, and for some reason, a double-stack handgun always feels a bit bulky to me. Stoeger’s STR-9C Semi-Auto, though, was the exception to the rule. A double-stack magazine that holds 13 9mm rounds, the grip melted into my palm — it wasn’t thick or cumbersome — and I appreciated the lightweight Technopolymer frame. The shape of the frame/grip is highly ergonomic, and both the front and rear grip surfaces featured a comfortable, but not aggressive, checkered surface that, in my opinion, boosts fit and feel. The backstrap is also interchangeable; after further inspection, I discovered that the magazine release button is interchangeable. 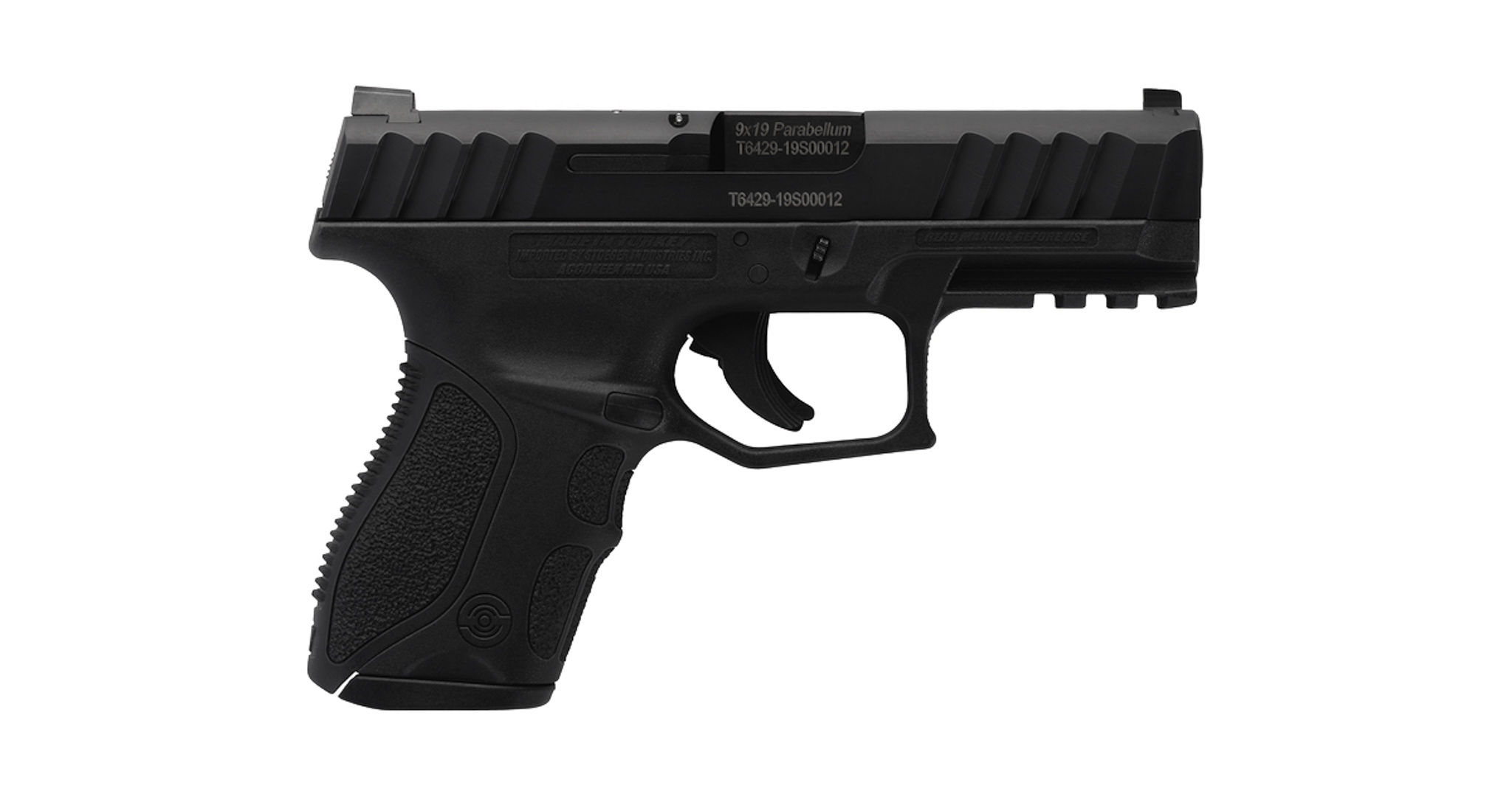 While the interchangeable magazine release may seem like small potatoes, I geeked about it. I love customization, and I know many shooters, those who manipulate the trigger with their right finger or with their left, prefer the mag release on one side or the other. The process is simple, and the user manual walks you through it, but with the slide removed, you’ll release the spring from the magazine release with a small, flat screwdriver, remove the magazine release button from the frame, and reinsert it on the other side. It takes seconds. 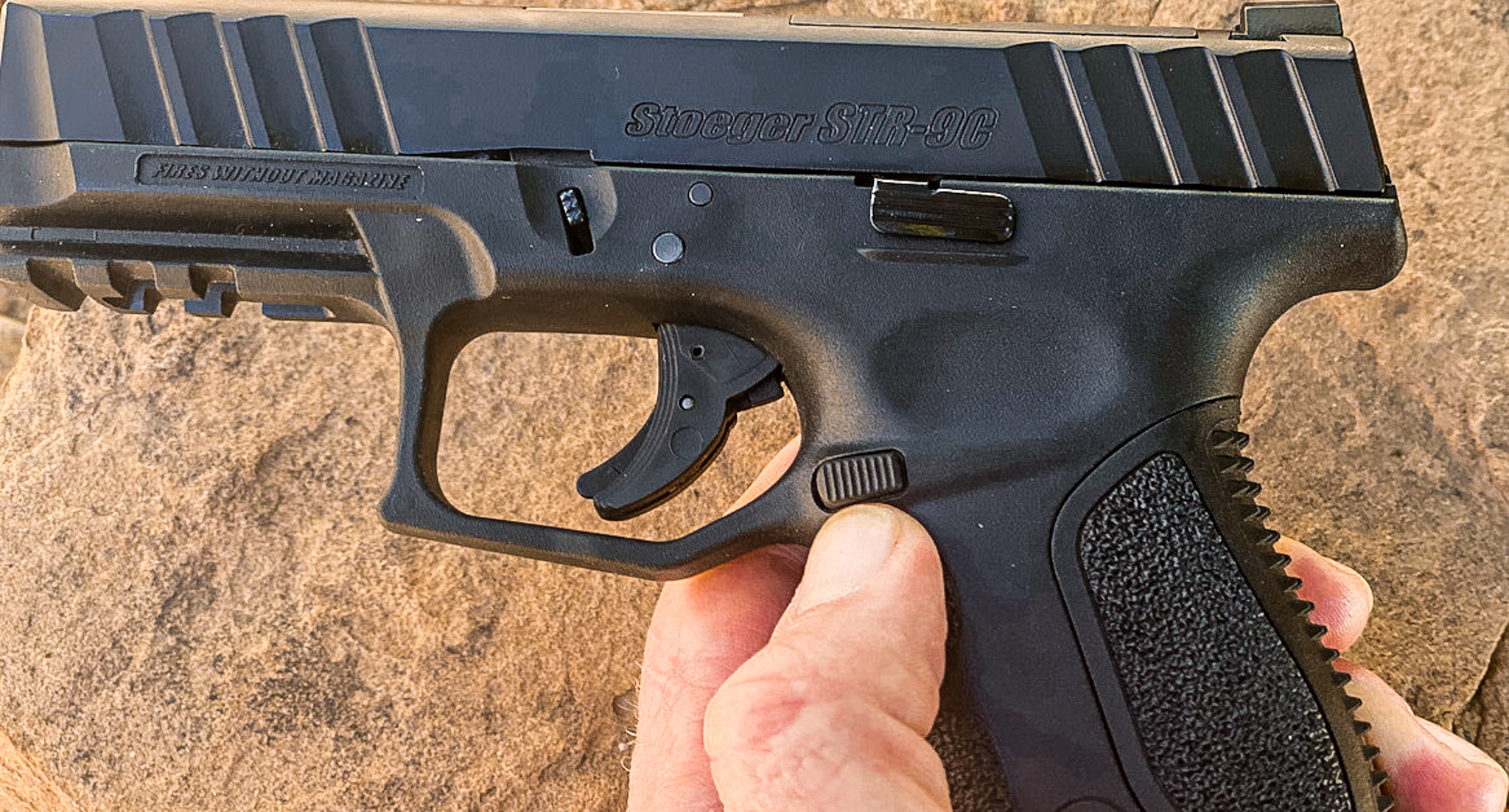 Another feature of this striker-fired double-stack shooter that jumped at me from the get-go was the snag-resistant edges on the three-dot sight system. Small features like this often go overlooked and are what you’d expect to see on a much higher price tag handgun. Shaved down sight edges prevent draw and re-holster snags.

The Three Dot Sight System is handy and promotes solid accuracy; however, optional tritium night sights are available. The tested model, the STR-9C Compact Optic Ready Semi-Auto, features an optic-ready area atop the rear slide. Use a flathead screwdriver to remove a pair of set screws, expose the mounting holes, and you’re set to go. Stoeger, as in so many areas with this compact handgun, has gone the extra mile and included multiple mounting plates to fit various sight systems. I also applaud the accessory mounting rail on the bottom of the frame in front of the trigger guard. 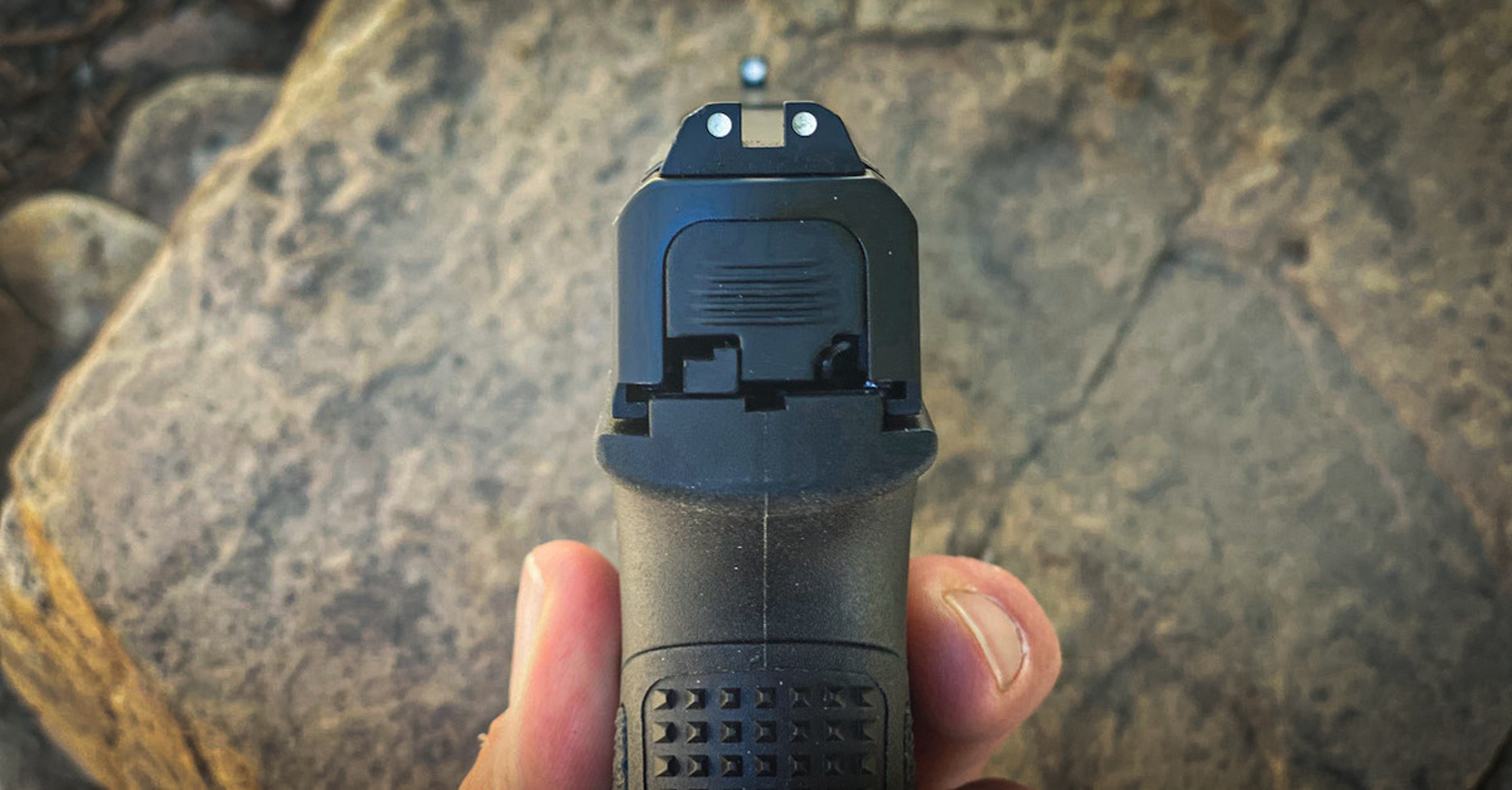 Another solid safety feature is the Loaded Chamber Indicator. This indicator is slightly raised above the slide when a round is in the chamber. Not only is it visible, but in low light, you can quickly feel the rise and know there is round, ready to rock.

I was excited to get the STR-9C out on the range and see what it could do. It was impressive out of the box, but that means very little if performance is dismal.

The magazine well is beveled, and loading is somewhat quick. I appreciate the witness holes in the back of the magazine that shows the number of rounds inserted, but as with many double-stacks, once I had six rounds in the mag, I felt like I had to be Arnold Schwarzenegger. The spring gets stiff, and the magazine is difficult to load. I appreciate how effortlessly the magazine releases and the audible click produced once it’s reseated. 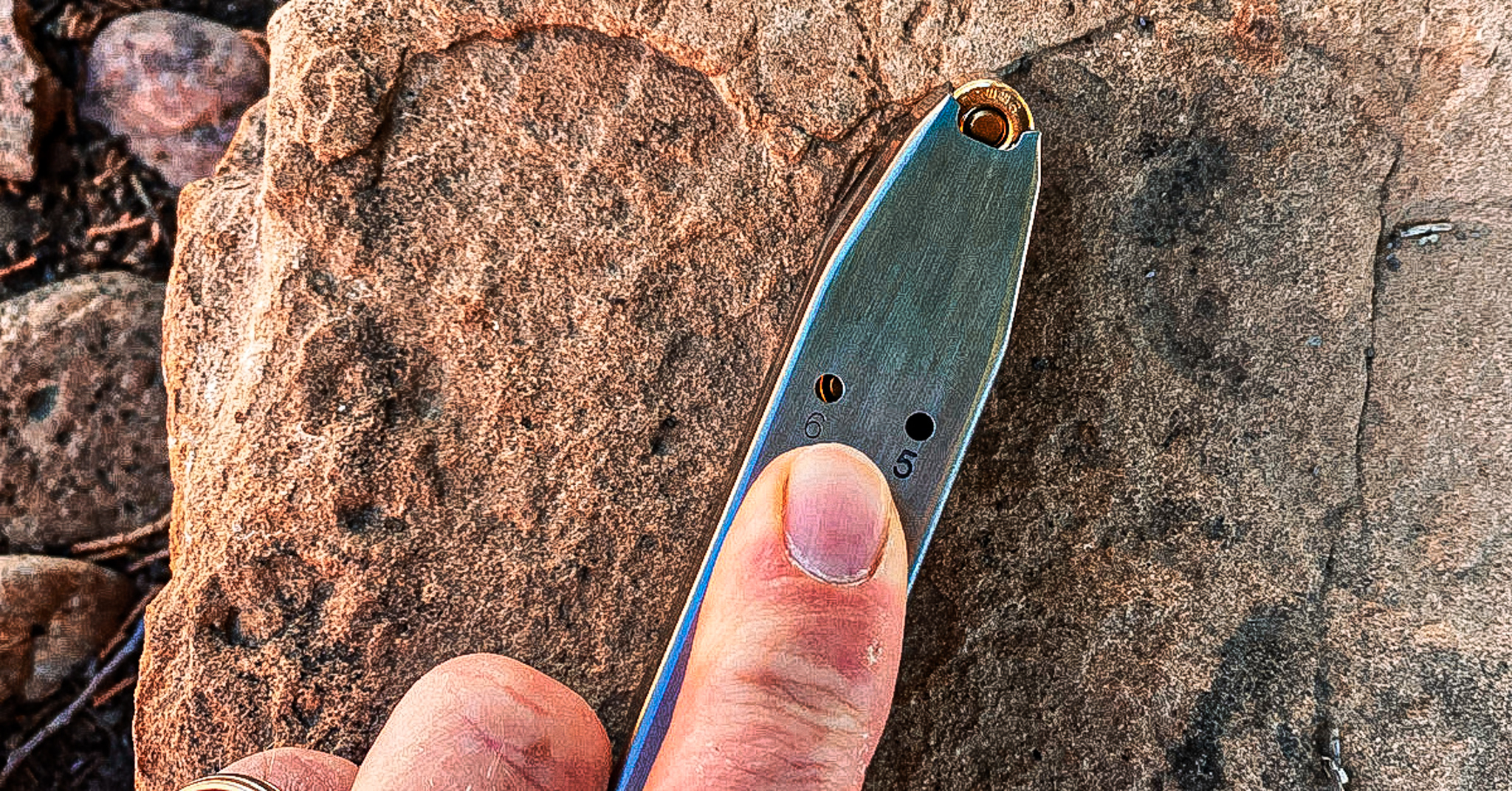 The serrated slide is easy to grip and chambers a round smoothly. The trigger pull is effortless with little slop. I like the initial spring-loaded feel, which reminds me a bit of Savage’s AccuTrigger. Recoil is nil, and though the gun is compact and light, barrel jump when shooting Fiocchi’s Range Dynamics 9mm 115-Grain Full Metal Jackets was minimal, making it easy to get back on target. I like a handgun that spits rounds quickly and resets itself back on target. 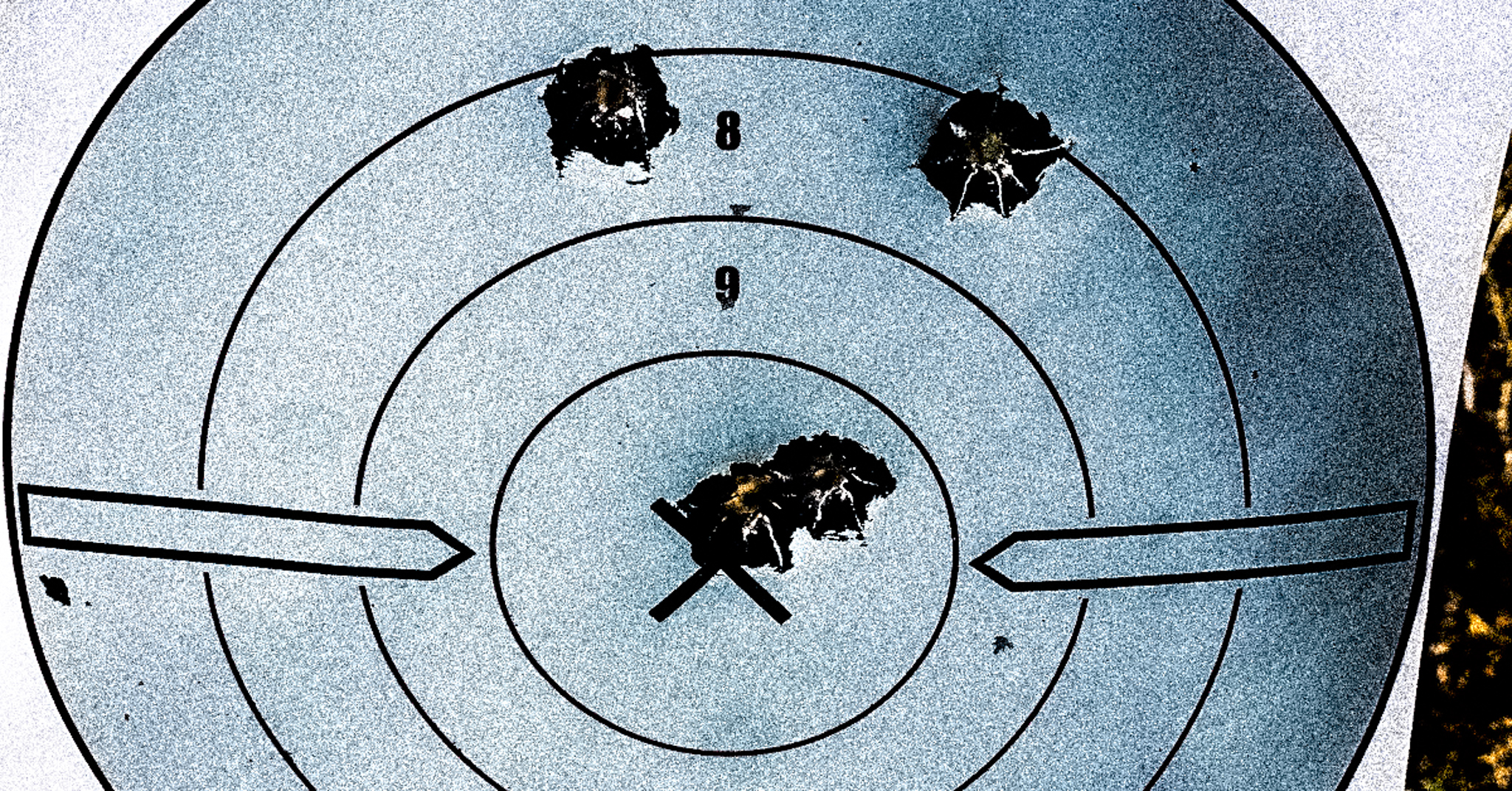 Rounds cycle quickly, and when empty, the slide automatically locks back. This compact handgun is a blast to shoot. I love 9mm handguns, and Stoeger’s STR-9C proved no exception.

Tested on my strong (right side) at the 4 o’clock position, the handgun drew smoothly, promoting an excellent press-out and rapid target acquisition. I could move and fire quickly with the pistol and was highly impressed with its accuracy. For testing, I opted to stay with the standard Three-Dot Sight System. Earlier in this article, I noted I’m not typically a fan of double-stack handguns, but the STR-9C proved surprisingly accurate out to 20 yards. I’m not a miraculous pistol shot, but the high grip combined with the pistol’s ergonomics kept me on target. 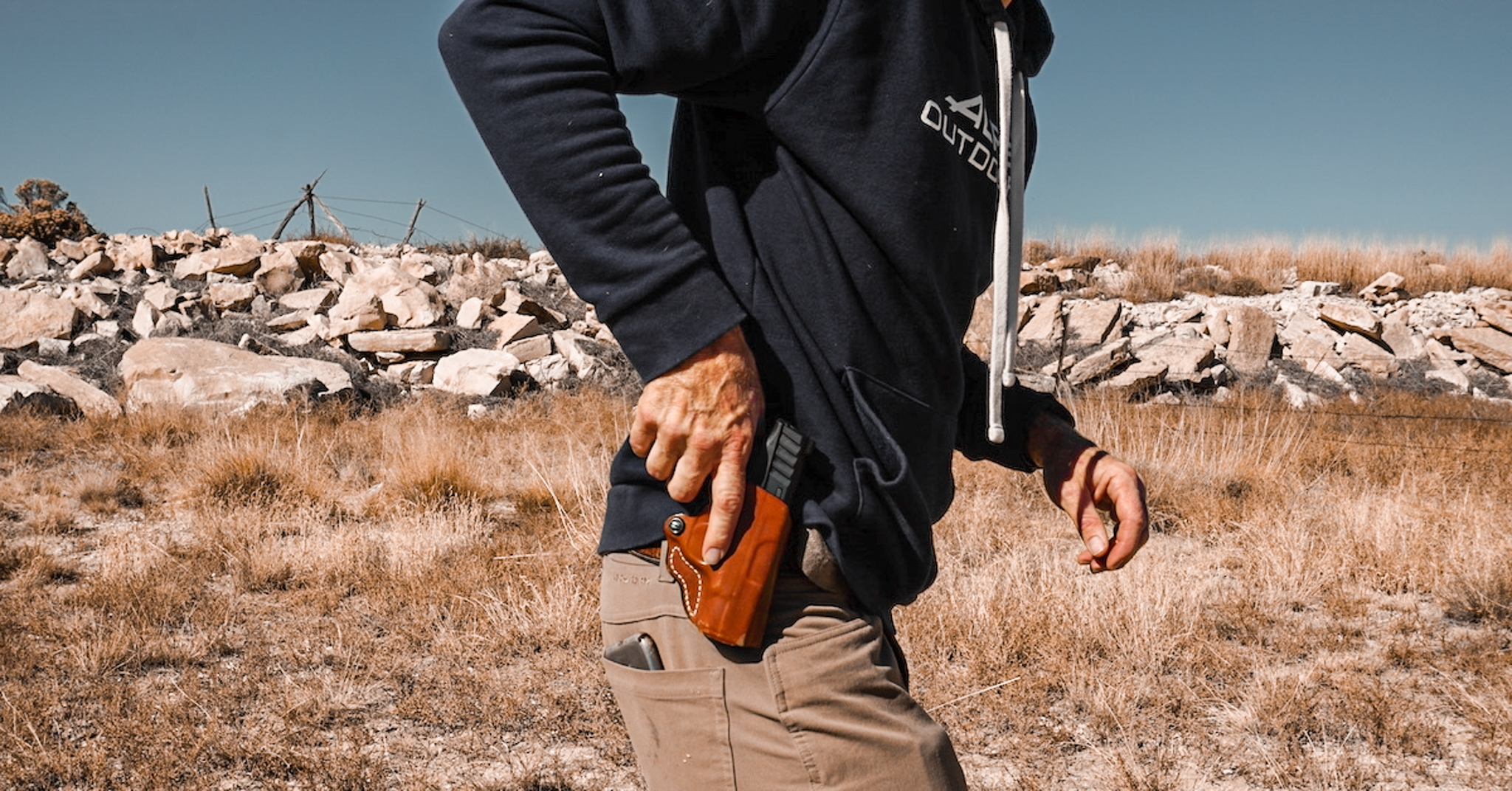 Most shooters looking at a 9mm compact want the handgun for self-defense purposes, and this handgun fits that bill. It conceals well in multiple carry positions, operates smoothly, and I can’t say enough about its accuracy. Regular range practice with this handgun will boost confidence, which is critical should one find themselves in a fight for their life.

Stoeger’s STR-9C Compact Semi-Auto cycled rounds brilliantly, and over three days, I put many rounds through the handgun without a single cleaning. Not only did I not experience a single jamming issue, but fired rounds continued to kick far and wide from the firearm.

Cleaning the STR-9C is a breeze, and the process takes only minutes. Remove the magazine and manipulate the slide to ensure the handgun is empty. Next, pull the slide slightly toward the rear and pull down on both sides of the takedown lever on the frame just above and in front of the trigger. This is one area where I would like to see an improvement. The lever is small, and working both sides at once is a tad frustrating, but the slide will move forward once manipulated. Bingo. Now you can point the muzzle in a safe direction, squeeze the trigger, and pull the slide forward off the frame. 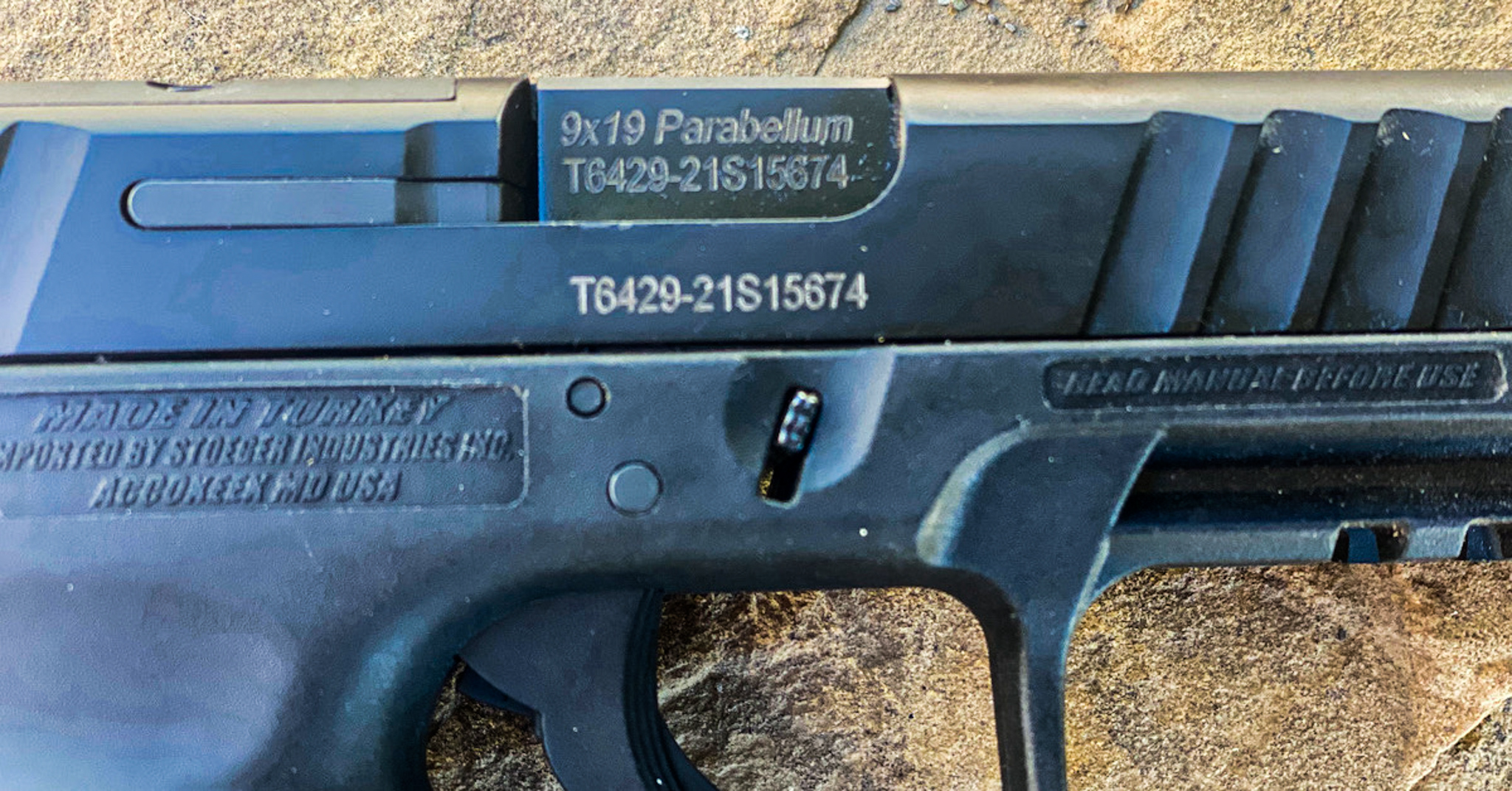 If you’re in the market for a compact semi-auto with a price tag that doesn’t break the bank, will provide you with years of shooting enjoyment, and is as durable as the day is long, the STR-9C is an excellent choice and will be a new addition to my compact 9mm arsenal.