From the range to the field, Fiocchi’s Hyperformance 6.5 Creedmoor proved worthy time and time again

I wasn’t a 6.5 Creedmoor bandwagoner. After ballisticians Dave Emary and Dennis DeMille developed the round for Hornady in 2007 and it started catching fire, I scoffed.

I’m not a new-caliber hater, but the buzz around the Creedmoor was a bit much. I remember telling a good buddy that the name enamored people. It is a cool name and rolls off the tongue, much like the .280 Ackley and .257 Roberts.

Then, I shot it. Yup, I ended up eating crow, which isn’t a first for me. I don’t think you can beat the 6.5 Creedmoor regarding stone-cold accuracy.

It took a bit of time, but I’m now a 6.5 Creedmoor fan club member, own several rifles of my own chambered in the caliber, and was excited to put Fioccchi’s Hyperformance to the test on a Centennial State pronghorn hunt. 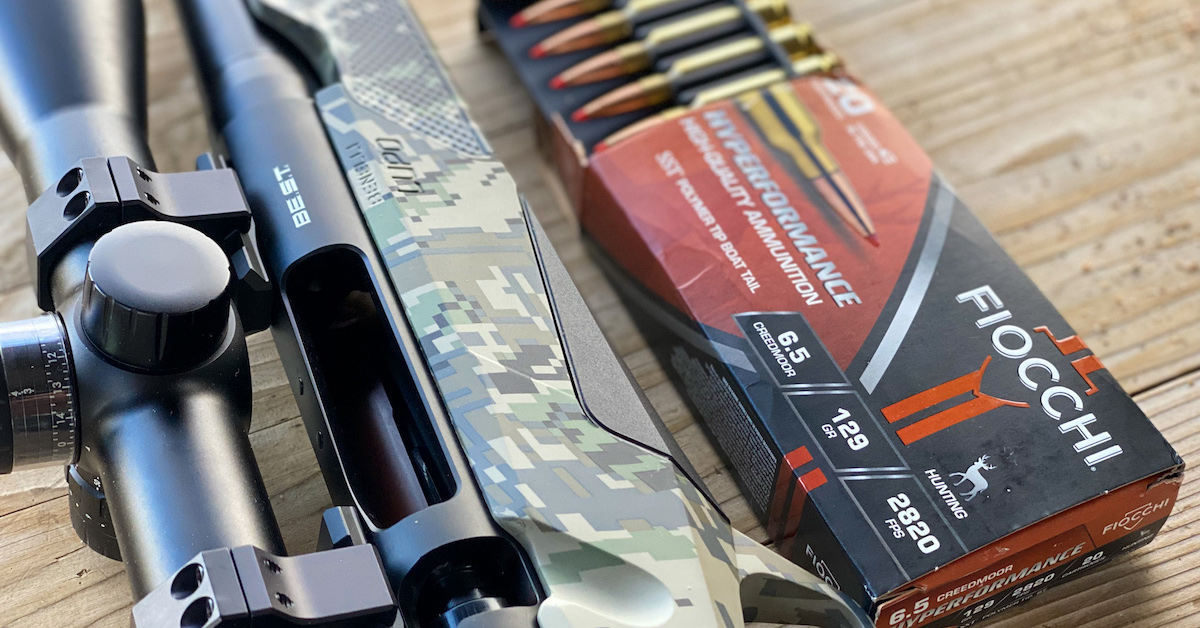 I’d shot Benelli’s B.E.S.T. Lupo Bolt-Action Rifle chambered in .300 Win. Mag. earlier in 2022. Besides the shoulder abuse, which wasn’t terrible, I was a fan of the rifle’s build. Shooting the gun reminded me of a Benelli shotgun — the body is virtually the same — and I’m a big fan of Benelli’s SBE makes.

For this hunt, I was shooting the B.E.S.T Lupo Bolt-Action Rifle chambered in, you guessed it, 6.5 Creedmoor. The rifle featured a Steiner Predator 8 2-16×42 scope. The clarity and magnification were excellent, and I appreciated the audible and tactile turret mechanics, which promised quick dial-to-the-yard accuracy and a zero-doubt return.

The hunt was unique in many ways, but the biggest hurdle, at least for me, was not having the rifle ahead of time. Benelli shipped the gun directly to the outfitter, and when I arrived for the hunt, I was informed it had been zeroed at 100 yards. My job was to ring steel out to 500 and get familiar with it for an hour.

The good news was the rifle was zeroed perfectly at 100 yards. My first shot with Fiocchi’s Hyperformance banged the 100-yard steel plate right in the middle. Awesome! 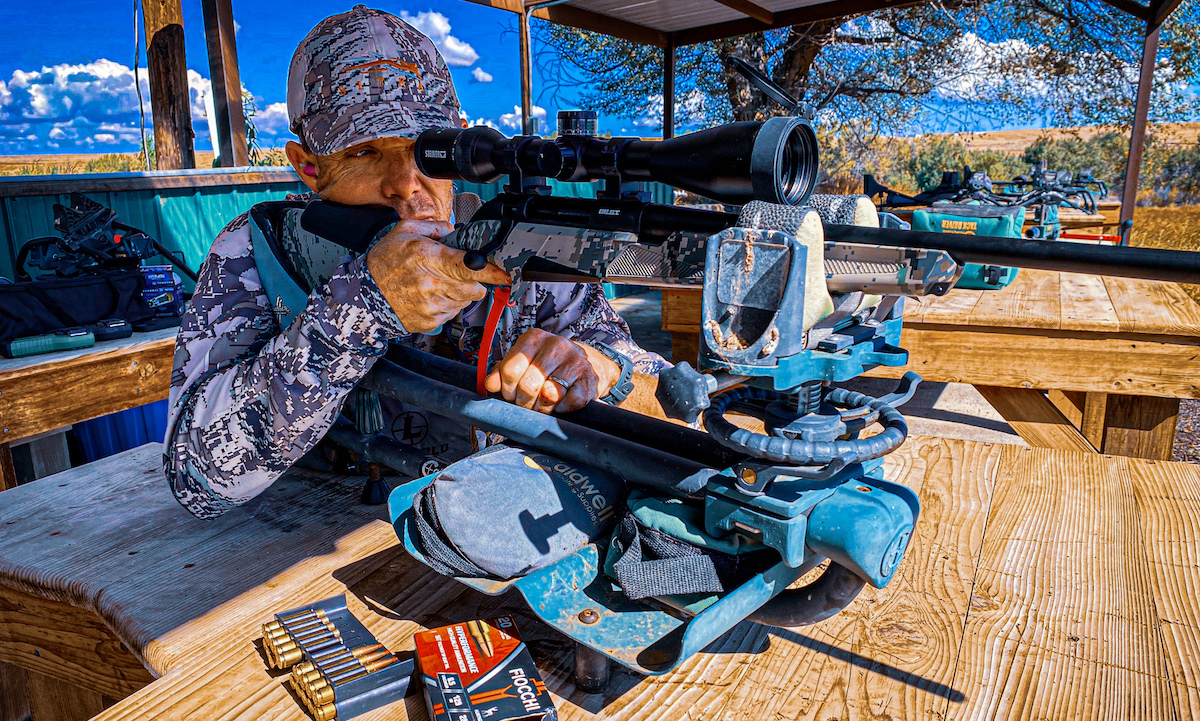 Shot number two was at the 200-yard plate. After reading up on the ballistics of Fiocchi’s Hyperformance 6.5 Creedmoor, eyeing the SST Polymer Tip Boat Tail bullet, and smiling at the muzzle fps of 2,840, I set my crosshairs roughly 3 inches high on the 200-yard plate. The trigger broke, the steel clanged, and the spotter yelled, “Hit!”

Two for two isn’t a terrible way to start. Both shots were center of the plate, and I’d yet to tinker or mess with the turret dial. At 300 yards, the bullet drop was 12.9 inches, and the round was estimated to be sizzling at 2,279 fps. I’m not a custom-dial hater. I have several rifles topped with Leupold C.D.S. dials and use them regularly, but when getting used to a rifle and bullet combination, I prefer to start by feel. I don’t mind a little Kentucky holdover, and because Steiner’s Predator is fitted with an E3 Ballistic reticle with cascading subtensions, I felt good about my guesstimates.

Long story short, the wind was blowing from left to right at 11 mph at the 200-yard target, and when I centered the first horizontal dash below the crosshairs high and on the plate, I didn’t compensate for windage one bit. I’ve learned the 6.5 Creedmoor handles wind drift exceptionally well out to 300 yards, and this 129-grain bullet was no different. I squeezed, and the plate rattled. 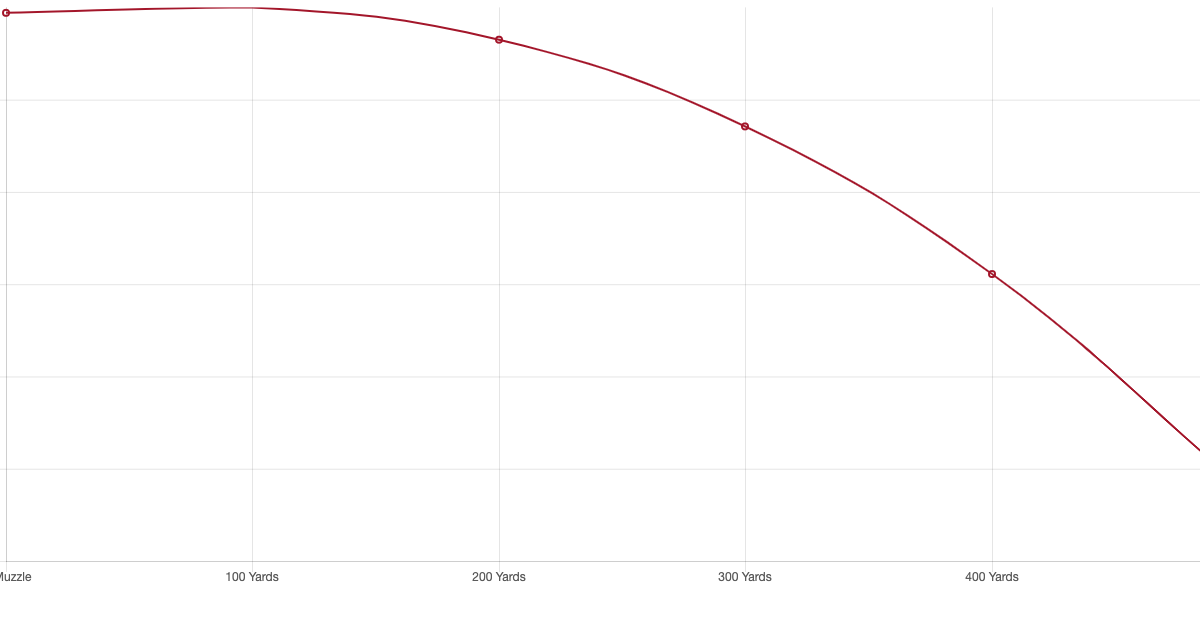 Four hundred yards was the same story, and at 500 yards, after missing low twice, I started using the turret system. In total, my one hour of shooting turned into three. I shot two boxes (50 rounds) of Fiochhi’s .485 B.C. Hyperformance ammunition, and I enjoyed every second. Out to the tested distance of 500 yards, it was apparent that Benelli’s B.E.S.T. Lupo loved the ammo I was feeding it.

Fiocchi’s website hits the nail on the head. Under the heading for Hyperformance 6.5 Creedmoor, it reads: Accuracy, expansion, and weight retention are mandatory in a quality hunting bullet.

I’d confirmed the accuracy part, and as light spilled across the Colorado landscape and the pungent smell of sage floated on a stiff westerly breeze, I was about to test the bullet’s expansion and weight retention.

He wasn’t the biggest buck, I promise you. The evening before, legendary hunter and guide Fred Eichler and I spied what we figured would be a 75-inch speed goat; however, as flights of sandhills lifted off a distant reservoir and throngs of doves migrated ahead of the approaching cold front, Fred and I were itching to use some of Fiocchi’s shotshells soon.

The stalk was remarkable, and the buck was standing at 75 yards. I know, not the best test for the ammo, but I’ve shot animals close and had polymer-tipped bullets going super fast explode on impact, and that wasn’t the case. 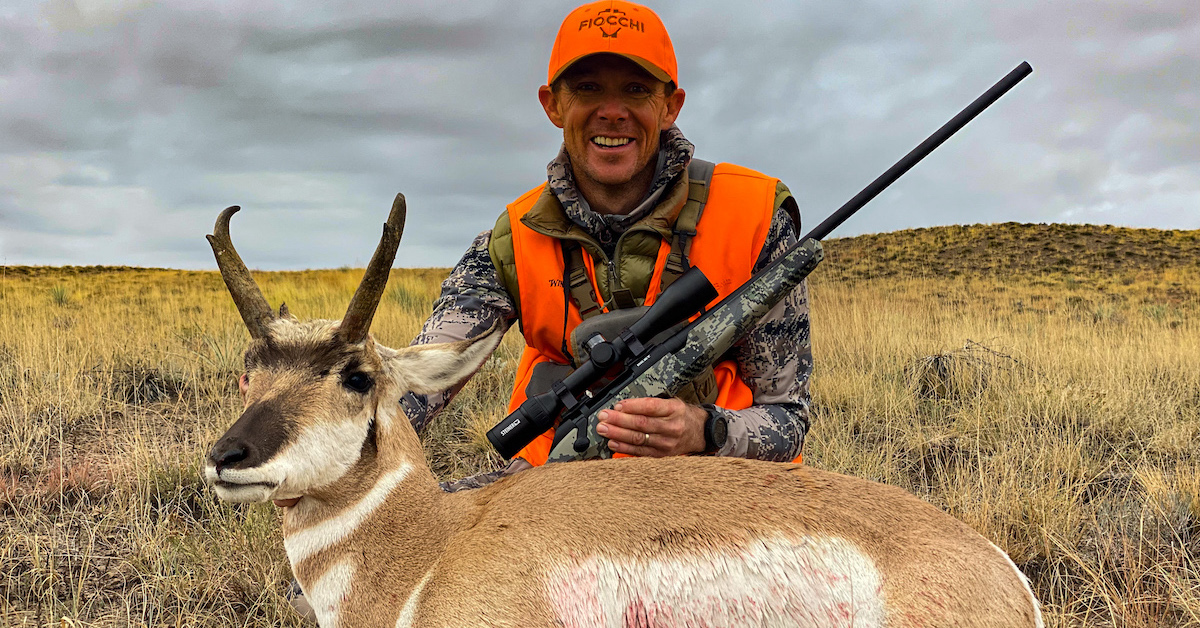 When Fred and I arrived back at camp, two other hunters had taken pronghorn with the same bullet/rifle combination. One buck was shot at 190 yards, high in the shoulder, and the bullet dropped the buck in his tracks. The second hunter took his goat at 360 yards with a double-lung hit. Though I didn’t get to see the bullet, one of the guides told me the entrance hole was small, but the offside lung was totally destroyed, and the perfectly mushroomed boat tail was found just under the skin. 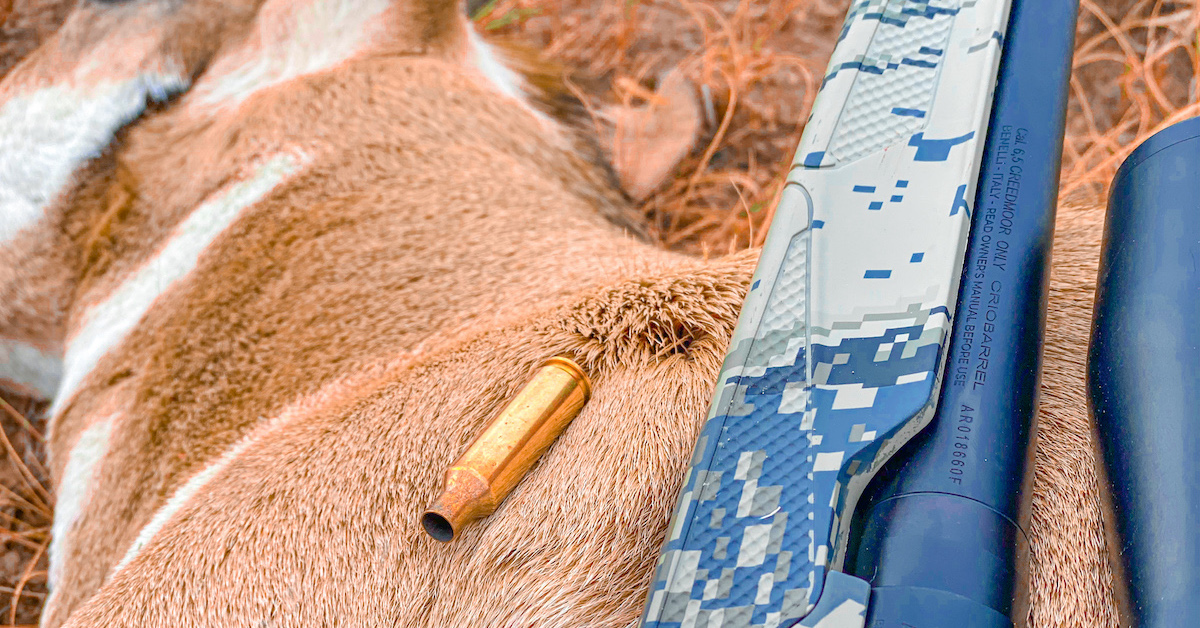 Three bucks shot at varying distances with a load engineered to provide hunters with consistent expansion and superior weight retention by minimizing core-jacket separation, Fiocchi’s Hyperformane 6.5 Creedmoor is a win and an excellent choice for medium-sized game.