We take a closer look at one of the most overlooked brands in the personal defense handgun segment, the SAR9 9mm

The polymer-frame striker-fired pistol market is huge. We might even say “lucrative” for a company able to break into the military and police market. Turkish manufacturer Sarsilmaz Silah Sanayi enjoys a good reputation for military hardware, and they are making inroads in the U.S. civilian market with the SAR9 pistol series.

The SAR9 X Platinum we are reviewing here is their top-of-the-line pistol. Imported by SAR USA, it will be found in the $600 range—a good value considering the extras. The pistol is delivered in a lockable hard case with a combat light, paddle holster, dual magazine pouch, cleaning gear, manual, extra grip inserts, and a combat light. Compared to the SAR9, the SAR9 X is practically identical save for a special Cerakote finish and lightening cuts in the slide. 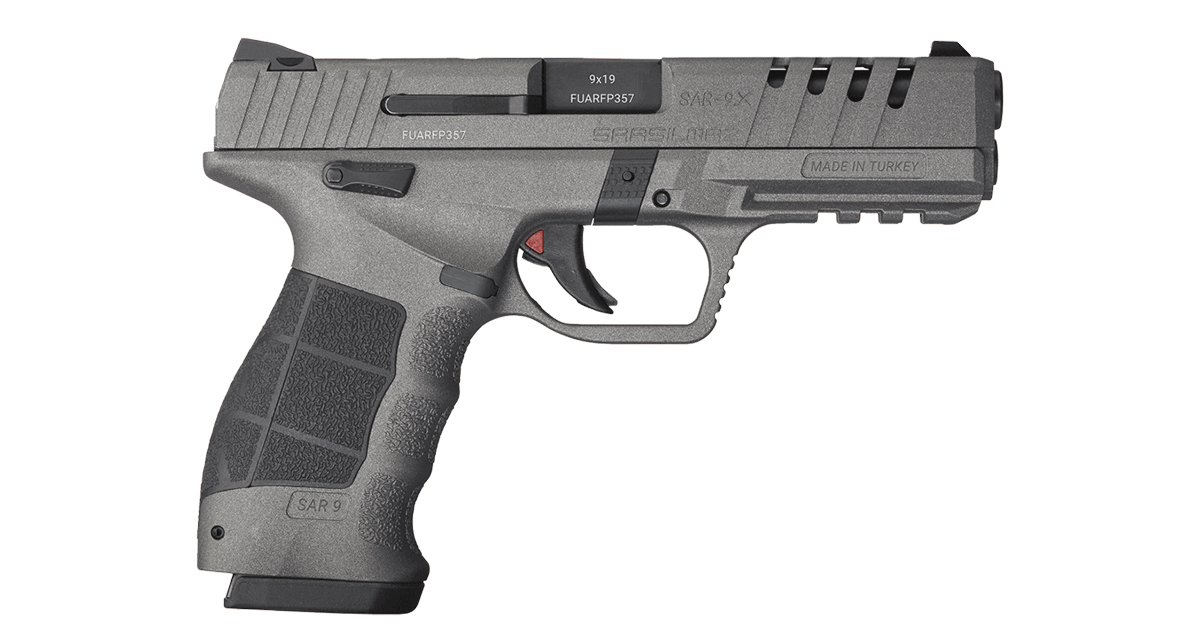 The SAR9 has survived grueling tests in Turkey and has been adopted by the Turkish military and police units. A pistol tested in extreme cold and heat may be something worthy of our attention, especially at the current price. (I often see the standard SAR9 for $425.)

The SAR9 X is roughly between the GLOCK 19 and GLOCK 17 as a reference for size. The pistol is a double-action-only in the same sense as the GLOCK. Pulling the slide partially cocks the striker. A long trigger press then finishes cocking and releases the striker. The frame is more like a Walther than a GLOCK. The pistol fits most hands well and grip inserts and side panels make the fit more versatile. The white insert three dot sights are good examples of modern pistol sights. They proved useful for close range combat shooting and precise shooting at 25 yards.

The cocking serrations are generous and offer plenty of grip. Takedown and operation are standard for the industry. Again, GLOCK-like. I find the takedown tab much easier to use than the GLOCK. There is a blade-style safety set in the trigger face that prevents lateral discharge. When the pistol is cocked, a red portion of the trigger assembly is visible. The extractor, ejector, and striker are well machined and there are no discernible tool marks inside the slide.

The grip fits my hand better than the angular GLOCK—no surprise there—and it reveals a balance of adhesion and abrasion. There are slight finger grooves molded into the frame to shorten trigger reach. Trigger compression is 5.8 pounds. There is a bit of pressure, a wall, and the striker breaks. Reset is sharp. During rapid fire, ride the reset and good results will follow. 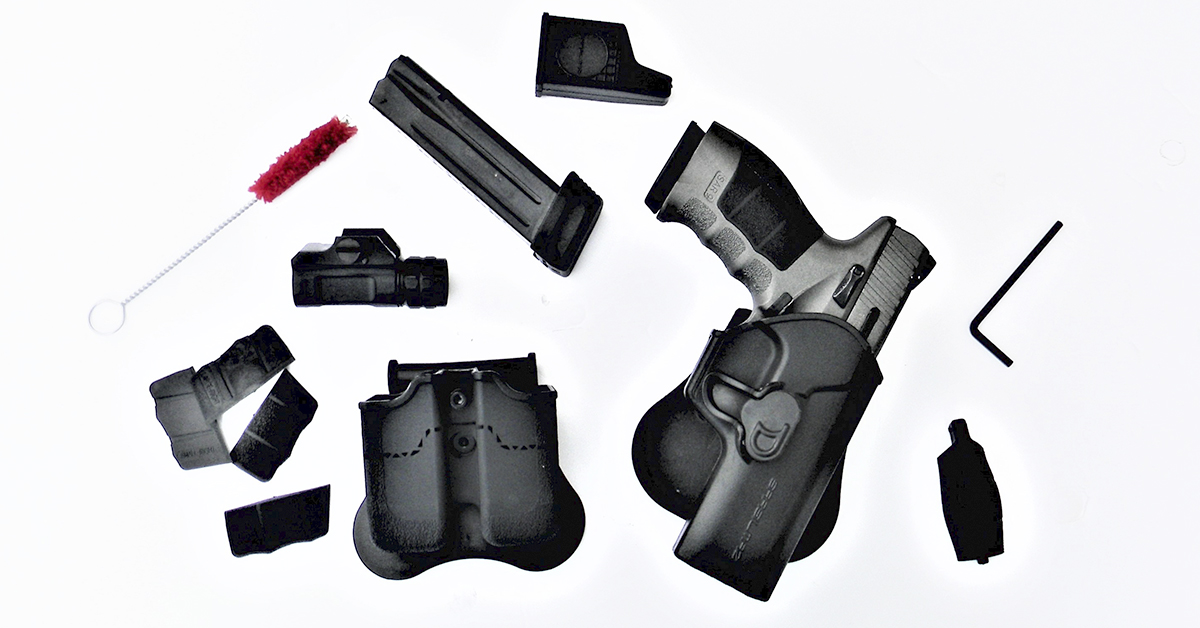 I like a manual safety and the SAR9’s is mounted on the rear of the frame and easily manipulated. It doesn’t wobble but neither does it click in its detent in a positive manner as it is engaged. It does, though, click on the down-sweep. You may use the safety or ignore it.

Two steel 17-round magazines are supplied. One features a padded base. The magazines are easily loaded to 15 rounds, but the last two rounds require considerable effort to load.

Most of the ammunition I have used has been the FMJ type, primarily Remington UMC. The pistol has never failed to feed, chamber, fire, or eject. Firing at man-sized targets at 5, 7, and 10 yards combat shooting delivered good performance. The pistol’s balance allows a shooter to zero in on the target and deliver X ring hits. Control recoil, ride the reset, and you have point-of-aim hits. Control isn’t an issue. The combination of a good trigger press, excellent grip design, and good sights make for a winning combination. 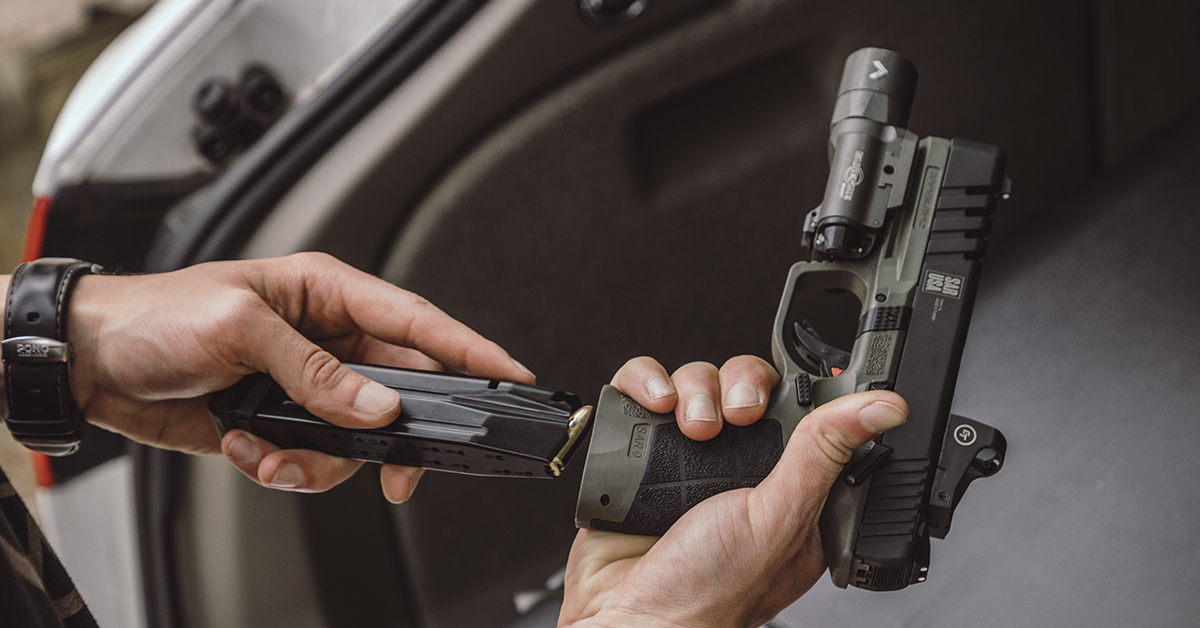 The pistol is quick to reload mags. The tapered magazine simply funnels into the big magazine well. Everything is positive. I found the long magazine release a nice touch. It is protected from inadvertent magazine release but operates with speed.

As for absolute or bench rest accuracy, this is the least important aspect of a combat pistol, in my mind, but is always interesting. The SAR9 X may be regarded as a three-inch 25-yard pistol. That is good performance for the type. 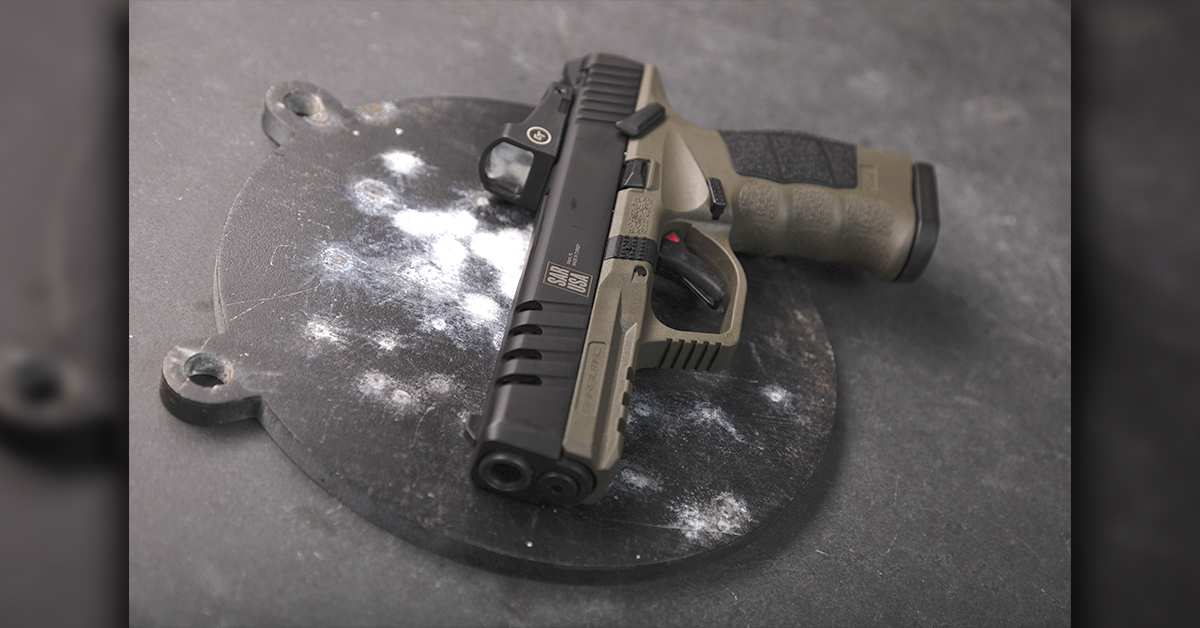 The SAR9 X is a credible contender with many pistols in its price range. Reliability is flawless as the pistol nears 800 rounds. This is a good choice for personal defense—arguably as good as it gets in polymer performance at this price range (and better than some costing a bit more). 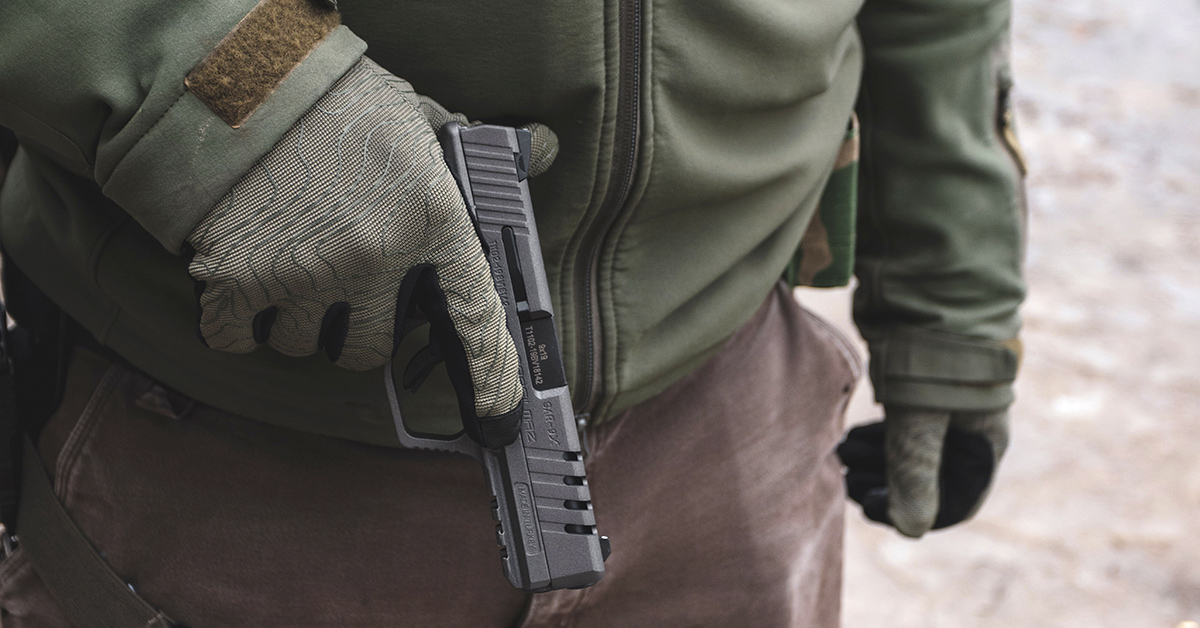 Is your defensive ammo up to the task? Here are our tips for evaluating the reliability an…