A Turkish spin on the indelible High Power semi-auto 9mm

For a pistol that has been increasingly difficult to sell for many years, recent sales have been heady for the High Power — not the original FN High Power, but copies of the High Power. The Springfield SA 35 is among these. The Girsan MC P35 has received far less attention. The MC P35 differs in certain particulars from the SA 35. The Girsan pistol — a Turkish import — is more similar to the FN MK II High Power than any other clone of the High Power I am aware of. But why do we even need a copy of the High Power when the FN is available?

Sales had been slow for the FN High Power for some time. The pistol requires considerable handwork and as the price approached and then passed one thousand dollars, potential buyers had to carefully consider the pistol’s performance.

There were other high capacity 9mm handguns from Beretta, SIG, and CZ at a much more attractive price. Springfield stepped in with the SA 35. Previous clone guns of the High Power include the Israeli Kareen, Argentine FM, FEG 9mm, and Tisas 9mm. Most were designed to sell for less than the High Power and featured a finish not quite up to FN standards. Many were quite reliable and useful firearms. Fact is, the High Power was not an expensive firearm until recently. The FN was able to beat the Beretta 951, CZ pistols, and other types in military sales based on a fair price. Couple a fair price with a reliable handgun and you had over one hundred nations using the High Power, with the pistol serving on both sides in most conflicts since 1940. I won’t get into an epic 1911 versus High Power duel but I do believe that Browning intended the pistol to be less expensive than the more complicated 1911.

The High Power is clearly a single action John Moses Browning designed or influenced pistol. There are similarities to the Colt 1911, Polish Radom, and Tokarev TT33.  The separate barrel bushing and grip safety of the 1911 was deleted. The grip safety came at the insistence of the US Cavalry as it was deemed desirable for the handgun not to fire if dropped. The last Cavalry pistol designed expressly for mounted use, the Radom, also used a grip safety. Interestingly, Lawrence of Arabia managed to shoot his camel during a charge despite the 1911’s grip safety. In short, as a service pistol, the High Power did not need a grip safety. The pistol was given a high capacity thirteen round magazine. The sights were typical of the time. A small safety on the rear of the grip frame was included. This safety has been criticized as difficult to use. It isn’t quite as bad as most think if the safety has the proper checkered surfaced, but it needed improvement. The overwhelming advantage of the original High Power compared to every other service pistol of the era — and a long time afterward — was reliability. We must give credit to Dieudonne Savie, a fine engineer in his own right, for continuing work on the High Power after Browning’s death.

Very few handguns fit the hand as well as the High Power. The CZ 75 comes close and the 1911 may be a better fit for most hand sizes. When carried as designed — cocked and locked, hammer to the rear, safety on — there is no pistol faster for an accurate first shot than the High Power.

Probably the objection most often raised to the High Power is the trigger action. The original was designed with a heavy hammer spring. This ensures the pistol breaks the primer of every type of ammunition — and military 9mm ammunition is anything but consistent. There are differences in cartridge case length of the 9mm. The heavy hammer fall smacks a long case right into the chamber. The result is a heavy trigger action. A heavy hammer and light trigger would invite doubles. The High Power, on average, has a heavier trigger action than most military 1911 handguns. Eight pounds of compression needed to break the sear isn’t unusual. Without the need to address military ammunition with hard corrosive priming, it is possible to manufacture a pistol with a much smoother trigger action.

Original High Power pistols feature a magazine disconnect that prevents firing with the magazine removed. The Girsan has this safety. This safety bears on the trigger action in an adverse manner. The Girsan is on the heavy side of acceptable with a 7.0-pound trigger pull. It breaks cleanly enough but is certain to bear criticism. All controls are crisp in operation, showing good fitment. The pistol is supplied with a single 15-round magazine — two more rounds than the original High Power. The magazine isn’t difficult to load to full capacity.

I fired the pistol with a wide range of ammunition. Most of the ammunition used was ball ammunition, including 115-, 124-, and 147-grain loads. I also fired several hollow point loads, such as the Winchester 115-grain Silvertip and Black Hills Ammunition 115-grain EXP. The pistol never failed to feed, chamber, fire, or eject. There were no glitches.

The pistol is fast from leather, fast on target, and fast to a center hit on man-sized silhouettes. Most of the firing was done at 10 yards. While the pistol handles as well as most High Powers, a High Power with a lighter trigger is easier to get hits with when firing off-hand. When firing from a solid bench rest position, I am able to manage the heavy trigger more efficiently and the difference is less noticeable. The Girsan was fired for accuracy at a long 25 yards. I used the Black Hills Ammunition 124-grain JHP and Winchester 115-grain Duty loads. The pistol averaged 2.5- to 3.4-inch five-shot groups at a 75 feet. This is service grade to a little better and certainly accurate enough for any defensive chore most of us will encounter. 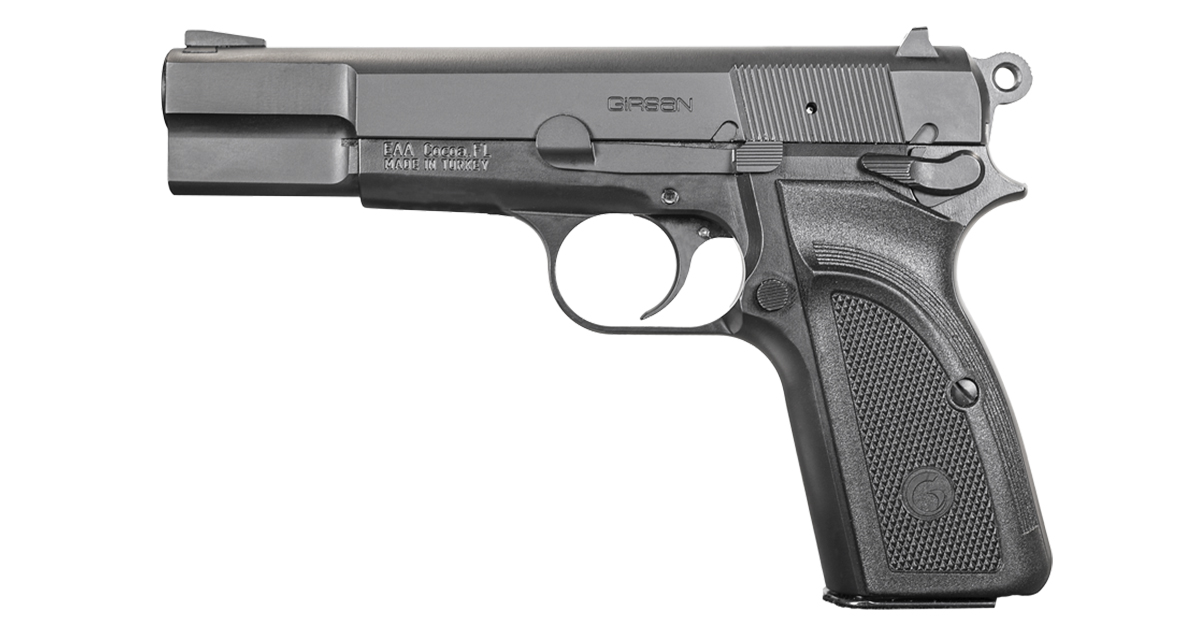 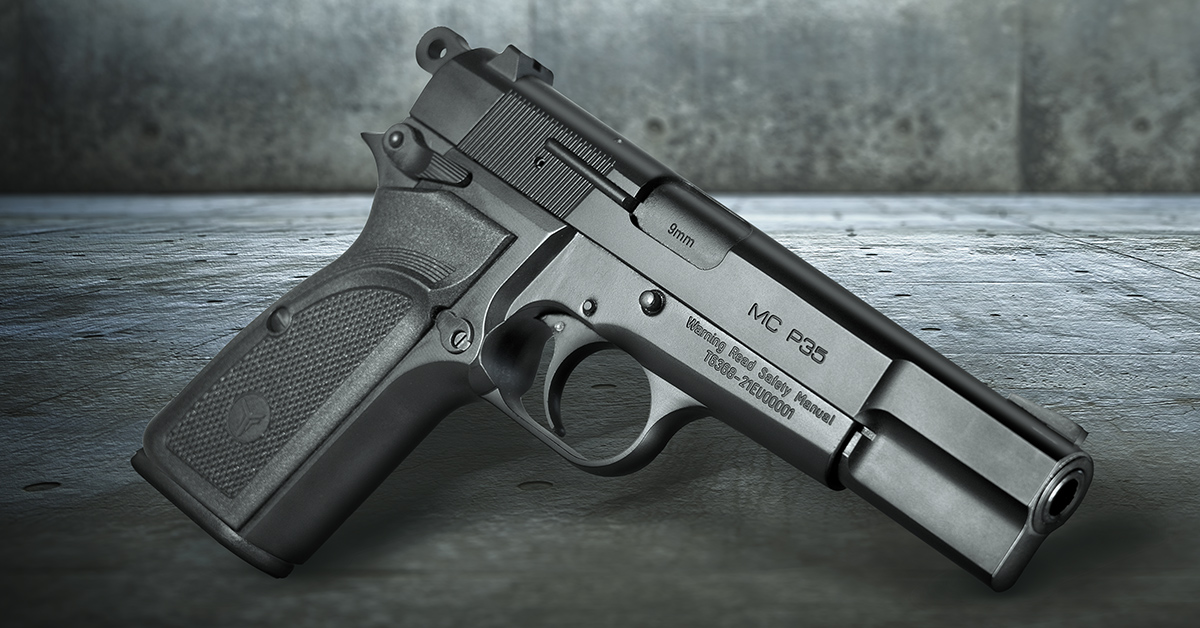 With a single action trigger, good sights, an ambidextrous safety, and a 15-round magazine, the EAA Girsan MC P35 is a desirable pistol that should serve as well as the original High Power.

Is your defensive ammo up to the task? Here are our tips for evaluating the reliability an…