Forging ahead in an Alabama creek bottom, I could see the group ahead of me, already surrounding the tree. Two feisty squirrel dogs were barking and telling the world they had a squirrel pinned in this tree and you better get here quick!

I held back for just a minute and took it all in, the dogs at the base of tree summoning the hunters, the hunters all looking skyward, probing the branches of the tree. I could hear the older hunters advising the younger ones on how to best find the squirrel. Then it dawned on me…this scene could have been today or fifty years ago. It was timeless in its purity and clarity. Here was hunting at its best — pursuing game for the larder, and the older hunters passing it all along to the next generation. 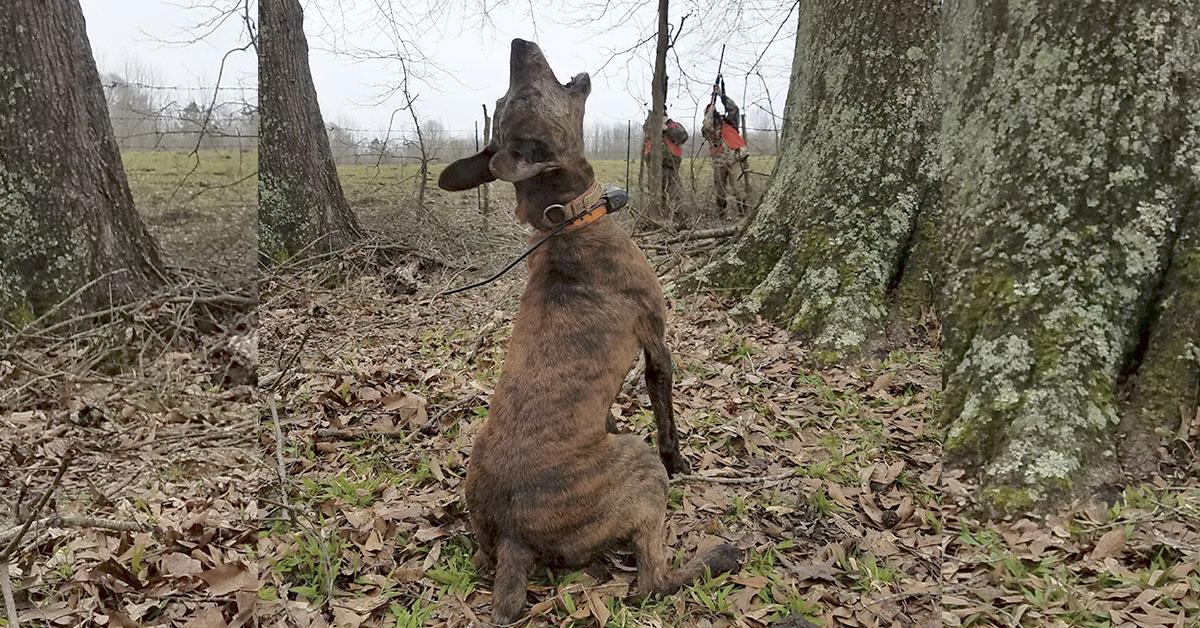 This must happen for hunting to survive, and it was taking place right in front of me, all courtesy of the Squirrel Master Classic.

Epiphany in a Hunting Lodge

In case you don’t know, for the past eight years, the Squirrel Master Classic has been the largest small game event in the outdoor industry. The Squirrel Master is the brainchild of none other than deer hunting icon Jackie Bushman, founder of Buckmasters. Jackie Bushman is a visionary and, in 1986, the 29-year-old Bushman acted on an idea he’d been developing since he was a teenager. 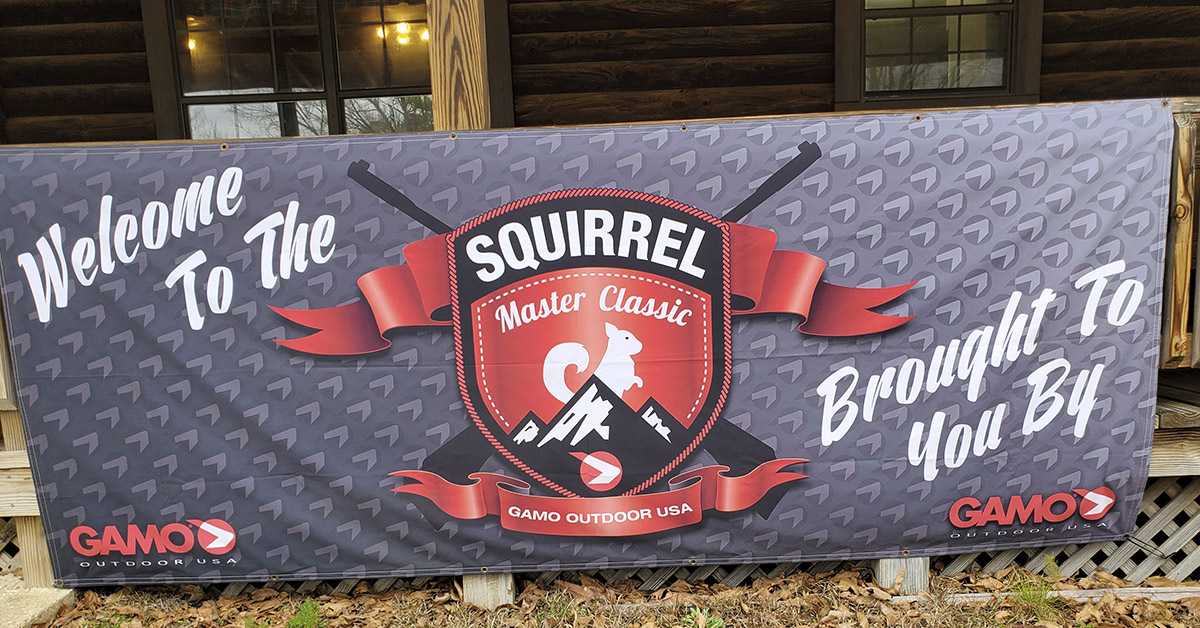 The young Montgomery, AL, native had grown up exploring the great outdoors and hunting with his grandfather. He wanted to take the camaraderie of the hunting camp to a national level. He envisioned a deer hunting association that would encourage a feeling of community, sportsmanship, and wildlife conservation while promoting a positive image of deer hunters everywhere. Eight years ago, Jackie had another revelation while at the Southern Sportsman’s Lodge. Pondering how to get more young people into small game hunting, he thought, “We have Bass Master Classic and a Deer Classic, so why not a Squirrel Master Classic?” 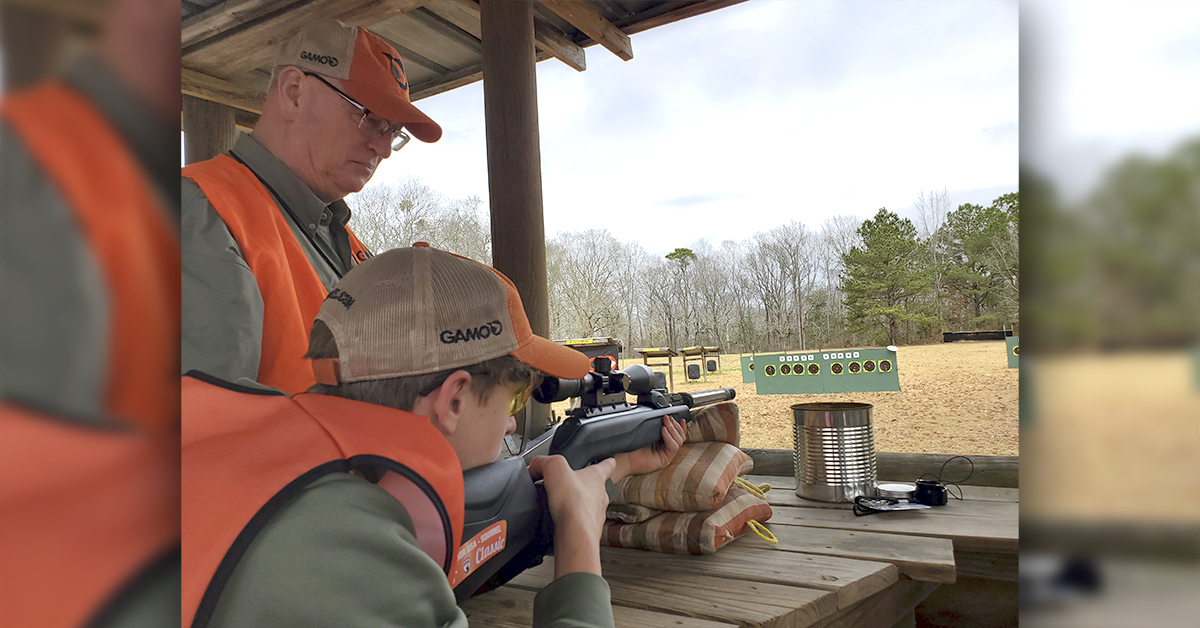 Bushman’s idea was simple: have a squirrel hunt in a fun, competitive atmosphere.

Teams are made up of outdoor television personalities, outdoor writers and editors, a dog handler with a squirrel dog to find the squirrels for you, and, most important, a young person who is a 4-H shooter. Jackie was soon joined in this venture by Outdoor TV personality Michael Waddell of Bone Collector fame, Gamo air guns joined them as a sponsor, and the Squirrel Master Classic was born.

The Real Stars of the Show

Like I said, the Squirrel Master Classic is made up of teams led by various personalities in the outdoor TV and industry world — Michael Waddell, Nick Mundt, and Travis “T Bone” Turner, Ralph and Vickie Cianciarulo, and Jackie Bushman, along with teams from Raised Hunting, Airgun Web, and Buck Commander. These team leaders add a lot to the event, but equally important are the young shooters from the 4-H Shooting program. Every year, I marvel at these young people that come to the Squirrel Master Classic. Without exception, they are eager to learn, polite, and a joy to be around. They are also good shooters! Could these attributes be learned in the shooting program? I think so. 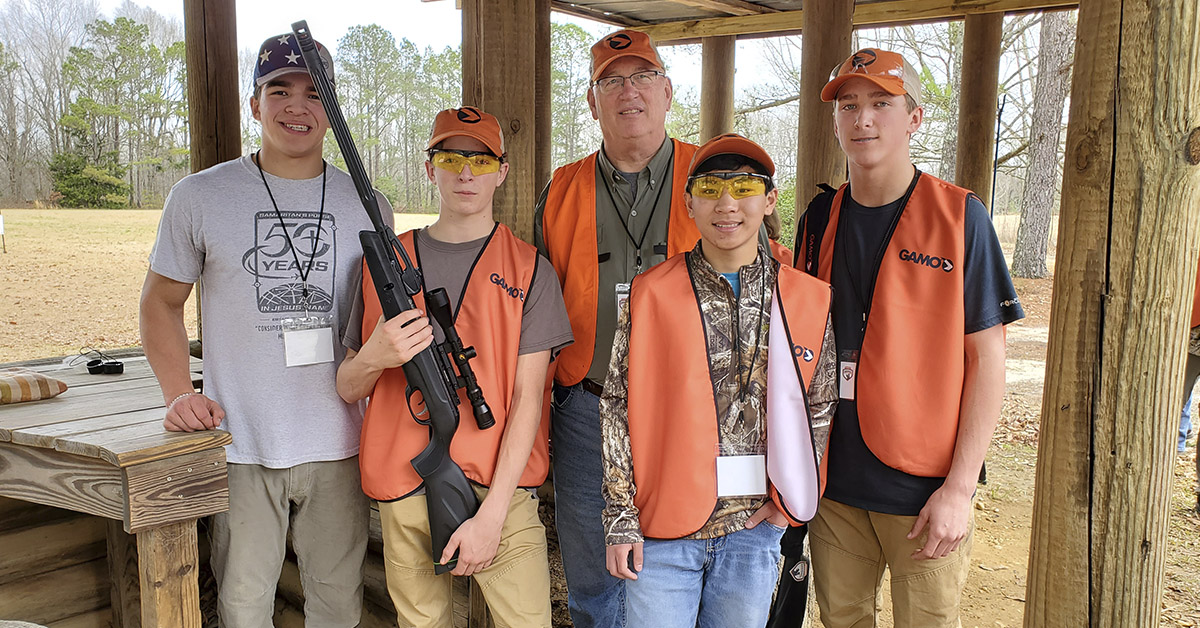 This year, I had the pleasure of meeting twin brothers from Opelika, Alabama, Jagger and Jedd Scott, who attended the Squirrel Master with their mother, Chastity Scott. Both brothers told me how much they enjoyed the event, coming to the Southern Sportsman’s Lodge, following the squirrel dogs through the Alabama woods, and all the camaraderie that comes with a group of dedicated hunters. They loved it, and I think Mom did, too. A great highlight was when Edwin “Pop Paw” Waddell, Michael Waddell’s father, pulled out his stash of Little Debbie cakes for the team.

The Right Gun for the Job

Gamo air rifles fit like a glove for this event, as the Gamo Swarm Magnum Gen3 .22 pellet rifle is made for this type of hunting. The Swarm Magnum is the world’s only ten-shot break barrel air rifle and the 10X Quick Shot magazine allows the shooter to load ten pellets in the magazine, insert it into the rifle, and fire ten quick shots before you must reload. Believe me, we needed those quick second and third shots on this hunt because these squirrels had their running shoes on. Once they started running in the treetops, sometimes with spectacular leaps from tree to tree, you had to be fast or you came up empty handed. 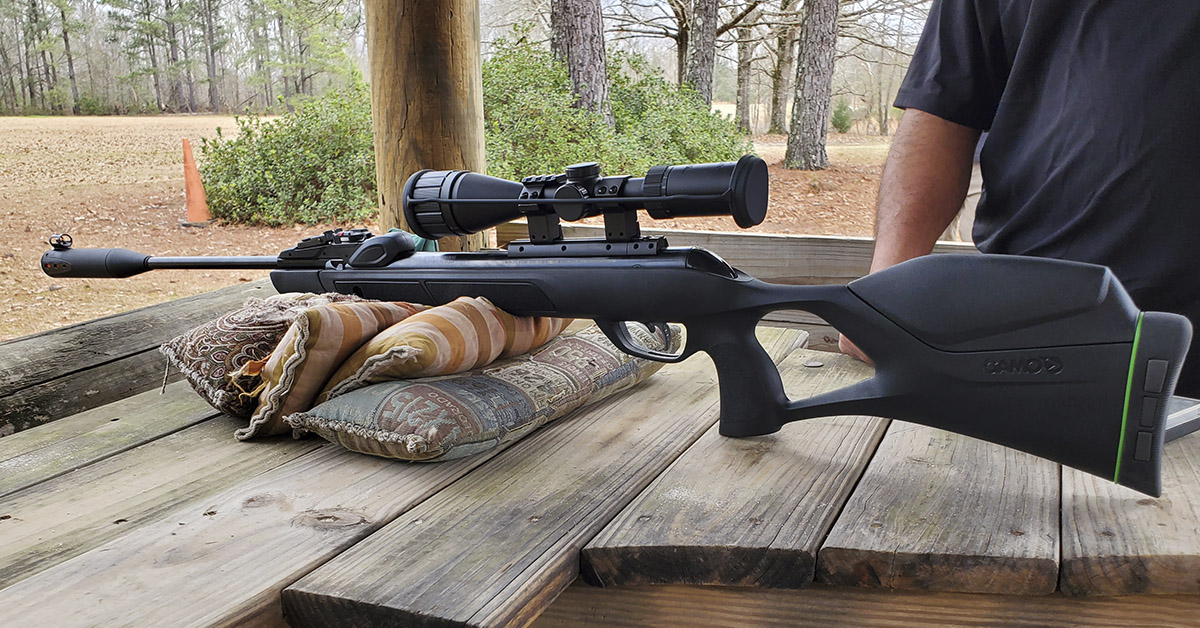 By means of a detachable rotary magazine, the shooter loads up to ten pellets and snaps the magazine onto the top of the barrel. The Swarm Magnum requires that you cock the rifle with a break action system each time, but the magazine automatically loads the pellet. For hunting purposes, this is huge. The magazine lies horizontal to the barrel, is low profile, and this allows for the use of open sights, which, on this rifle, is a fully adjustable rear sight. Both front and rear sights are fiber optic. The rifle also ships with a Gamo 3-9×40 scope and has a two-stage adjustable trigger, adjustable from 3.2 to 2.6 pounds of pressure. Pretty heady stuff if you think about it for a pellet rifle that has an MSRP of $288.90. 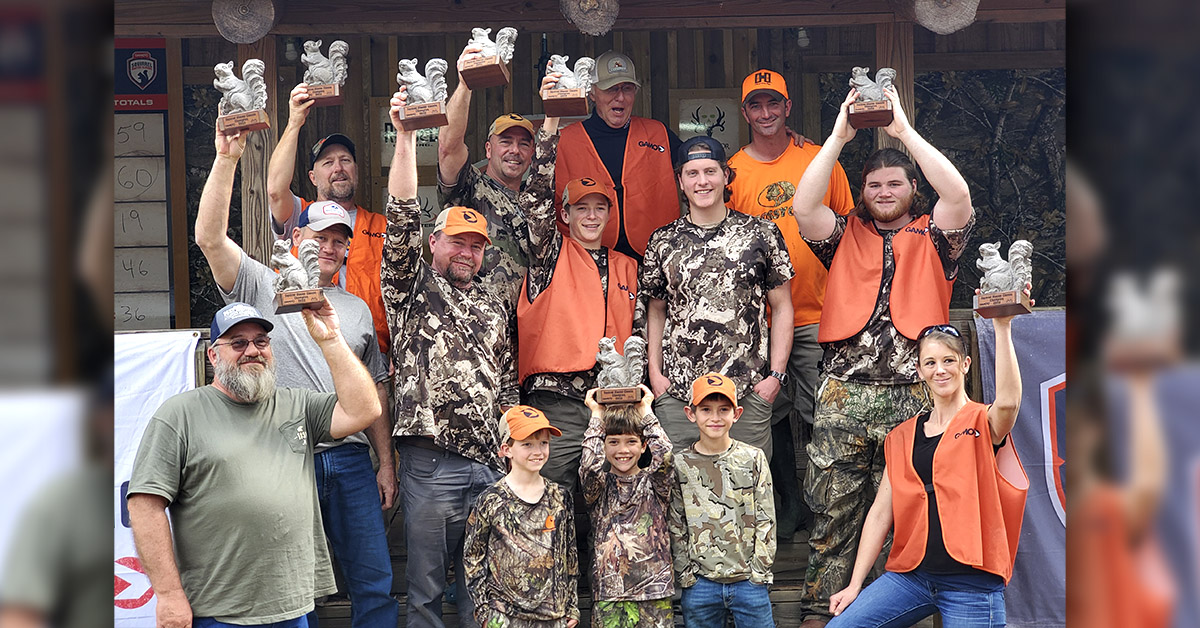 Like all good things, the Squirrel Master Classic is always over too soon. Before jumping in a car to get to the airport, I slip away to walk through the lodge and around the grounds, just to soak it all in. It all seems so quiet now, but I can hear the laughter and fellowship that filled this place just a few hours ago. As I survey the buck and turkey mounts on the walls and the rows of pictures from the past, I realize this is a bastion and a stronghold for our hunting culture — a place where the Squirrel Master Classic brings hunters young and old together so that the hunting tradition may be passed on.

Will this tradition continue? I sure hope so.

The HIVIZ Turkey and Deer Sight eliminates the “How can you miss with a shotgun?R…