Whether you’re looking for a low-profile optic for your AR or a micro red dot for your EDC pistol, the new XR series from TRUGLO has you covered

We’ve tested and used numerous optics from TRUGLO over the years, including most of their red dots. Admittedly, these have fallen into the “price value” category and they have occasionally performed as such. Overall, though, if we didn’t have the scratch for professional grade red dots, the TRUGLO models provided an economical stand-in.

Understandably, I was both intrigued and a bit wary when TRUGLO recently announced a new series of red dots under the equally new XR banner; intrigued because anything new grabs my attention — wary because I anticipated an “also ran” red dot series that would be little separated from what has come before.

As it turns out, I was wrong on the last point. The XR series represents a leap forward in TRUGLO’s reflex red dot endeavors.

The XR series reflex sights are comprised of three models — the smallest sized for micro-compact EDC pistols, the largest suitable for a defensive shotgun or CQB rifle, and the mid-sized one for full-sized handguns. As for function, they are identical. The differences are found in the objective lens sizes, mounting options, and the battery location.

As with most optics on the market today, the XR sight housings are CNC-machined from aircraft-grade aluminum and come finished in matte black anodizing. The housing is trim, with crisp lines and no excessive material wasted on design flair. In other words, all the metal you need and nothing more.

Each model exudes quality construction. The only hitch in that assessment would be the screws. Both the mounting screws and the Picatinny rail screw look painted and of a lower quality than what I’d like to see. No, they didn’t strip or round out during the installations or testing and they come with a blush of thread adhesive on them. Nevertheless, I’ve had experience with screws like these in the past and they don’t inspire confidence. 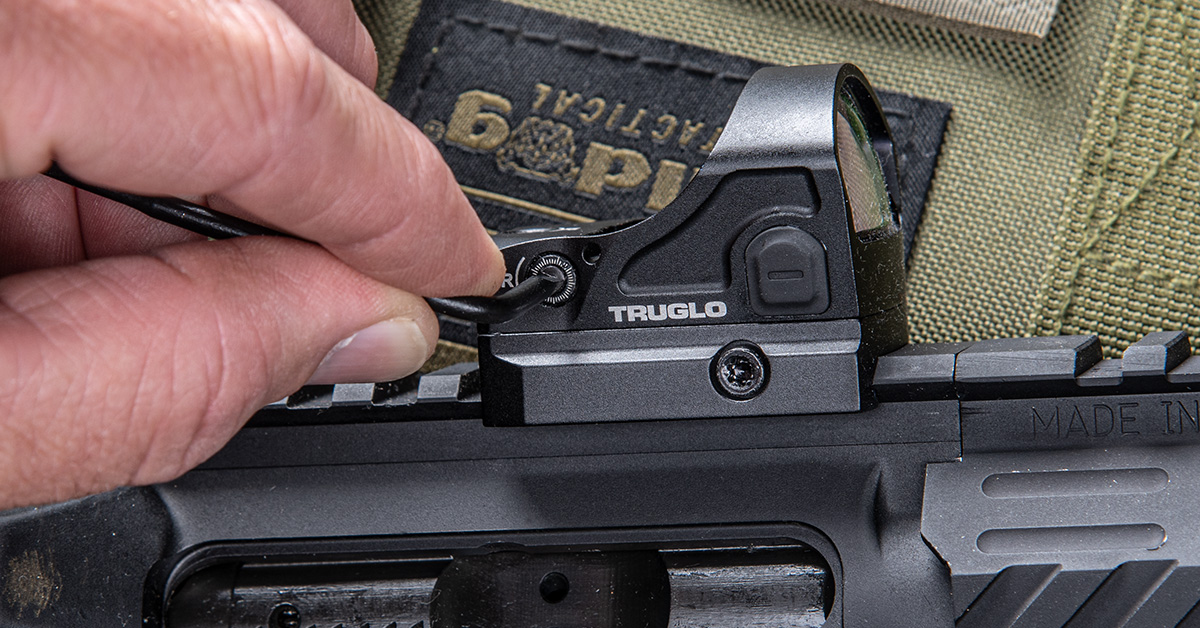 Compact reflex red dots represent oft-plowed ground to the modern shooter. You expect nothing unusual about the sight picture. Raise your handgun or shoulder your rifle and the red dot should be easily visible and ready to move to target. In this regard, the XR sights perform as expected. All models utilize a 3 MOA red dot, which is plenty for most CQB engagements yet small enough for longer rifle shots out to reasonable distances.

The two things that make or break a compact or micro red dot optic for me (aside from performing as I expect it to under any condition) are the controls and the battery location. I’ve never been a fan of sights with high/low illumination buttons that are close together, and that has been the configuration for TRUGLO’s legacy micro red dot, the TRU-TEC Micro. This arrangement I find difficult to use efficiently. It seems like I always fumble around to hit the right button. 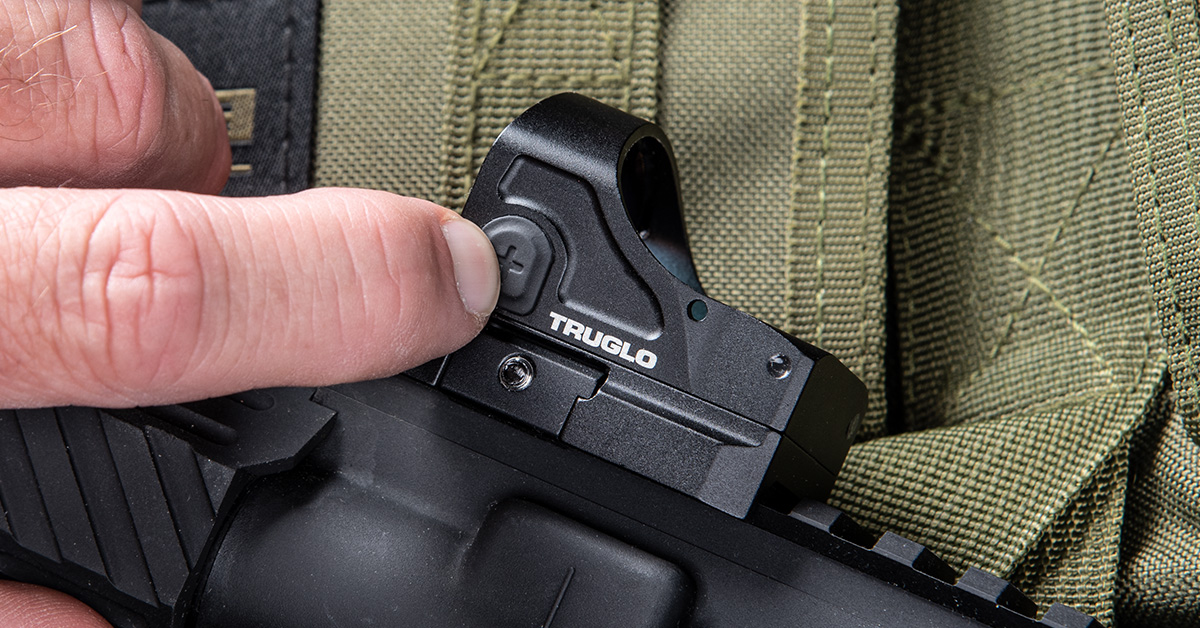 The new XR sights, on the other hand, have the high and low illumination switches separated. The “+” button is on the left (shooter’s perspective) and the “-” button is on the right. This is a big improvement to my mind, and I found it much easier to get the illumination I needed for changing light conditions. No more fumbles. Scroll up or down through 10 brightness settings. The XR shuts off automatically after four minutes of idle after the last button is pushed (I tested this function on the XR29 and it went off at the 3:45 mark) and the digital controller remembers the last brightness setting when turned back on. To turn it on, simply “shake to wake” via the motion-sensing feature.

Battery location is another issue. Some red dots, including TRUGLO’s TRU-TEC Micro, have their battery in the bottom of the housing. This means that to change the battery you must remove the optic from the gun. The two things I don’t like about that is, first, you run the risk of losing your zero. Sure, it’s a minimal risk for a close-quarter firearm, but the OCD in me can’t abide with that possibility. Second, changing the battery requires removing the mounting screws, which means more chance of buggering the threads or screw heads. Better to leave an assembled gun or gun parts alone once installed. 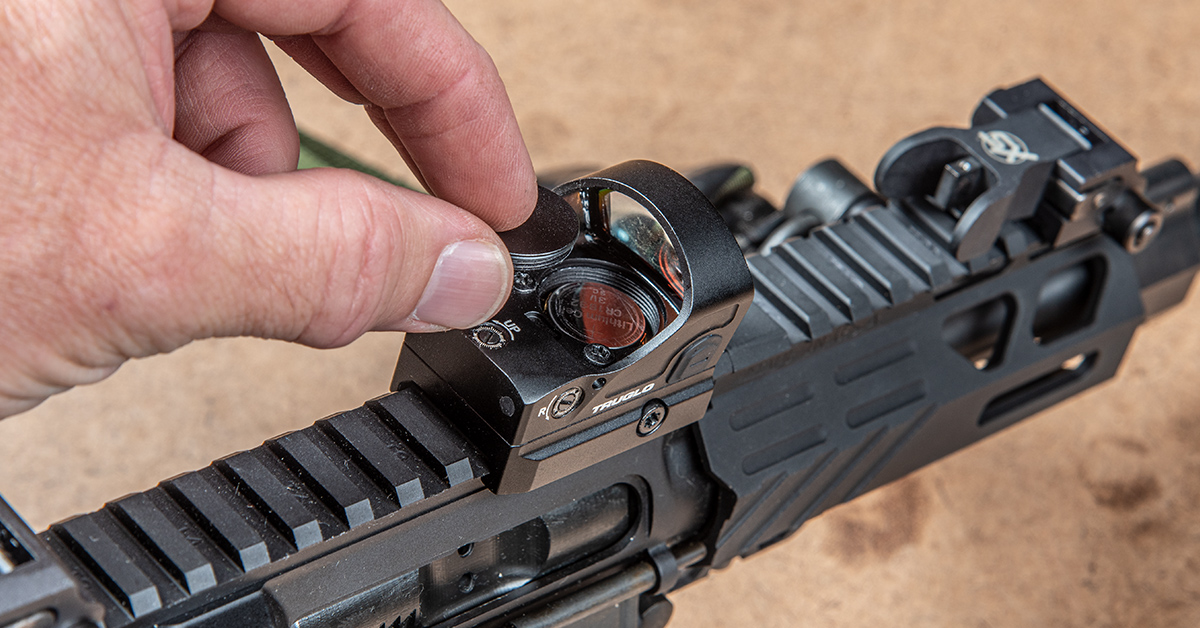 The two larger XR models, the XR29 and the XR24, have top-mounted battery compartments that allow you to access the battery from the top without removing the optic. Hoorah! Use a flathead screwdriver to remove the cover and swap the old battery for a new. The small XR21, though, has its battery in the bottom of the housing, so the optic must be removed from the slide to change the battery.

Speaking of batteries, all XR models use the diminutive CR 1632 3V flavor. TRUGLO claims 20,000+ operational hours of battery life can be expected.

The XR optics get their numerical designation from their objective lens sizes. The XR21 has an objective lens measuring 21x16mm, the XR24 is 24x17mm, and the XR29 is 29x18mm. All have multi-coated lenses. 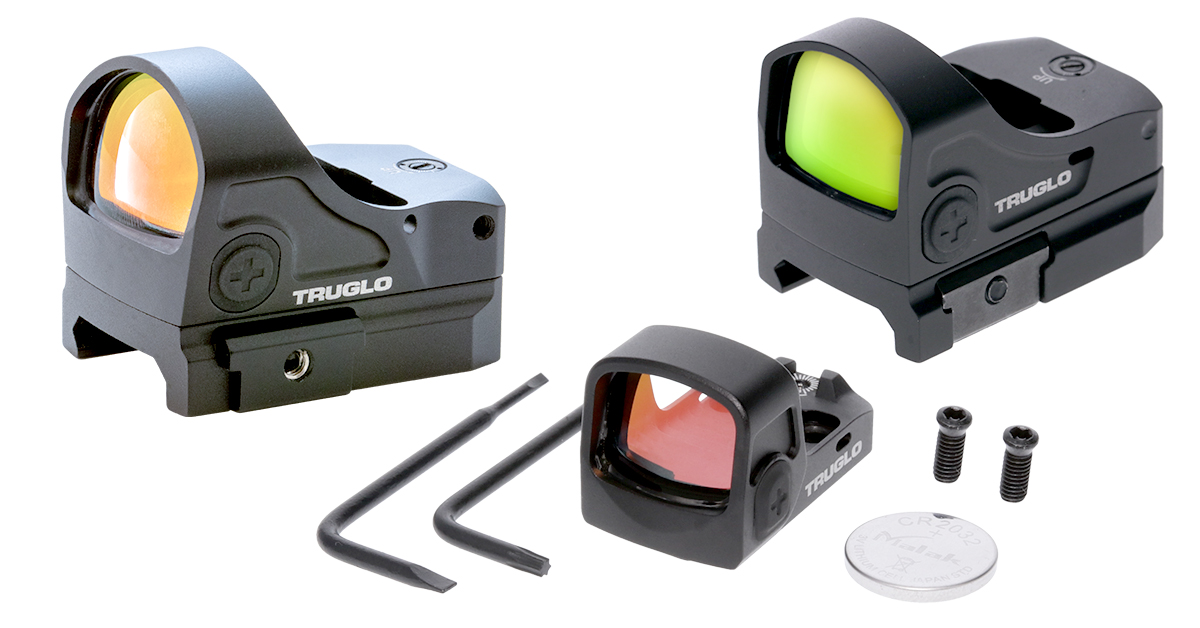 For mounting, you have options with the XR24 and XR29. Mount them directly to an RMR-pattern slide for handgun use or use the Picatinny mount for rifles, shotguns, or handguns equipped with a top Picatinny rail. The small XR21 does not come with a Picatinny mount and is compatible only with RMSc pattern handguns.

Micro-class red dots are finding their way onto more and more firearms these days, especially micro-compact EDC pistols. The TRUGLO XR series reflex red dots span the gamut of compatibility, from pocket pistols to defensive rifles and shotguns, and do so at a price that is affordable.