RRA expands the RRAGE series with the new RRAGE 2G

In the competitive world of modern sporting rifle manufacturing, companies must be on their game to achieve top dog status. New ideas can propel them to the forefront of the manufacturing race and Rock River Arms, a well-known precision 1911 pistol manufacturer, has done so in spectacular fashion. Taking what they gleaned in performance-enhancing accuracy techniques from the 1911 platform provided a natural transition into the MSR build world. Unlike some manufactures, RRA does not “build guns” by pulling from other industry manufacturers. RRA produces products from within their own facilities to create competition and duty-ready rifles they can firmly stand behind.

In 2018, the company wanted to meet the demand of 3-gun competitors with a price point that could be afforded by the average shooter. Thus, the RRAGE series rifle was born. This first iteration was the basis of the rifles to come in the 3G and 2G trim. The first series rifle came optics-ready with a flat top upper that meshed seamlessly into the carbine length handguard. The drawback for competitors would be the carbine length handguard. With only enough length to either use an optic, red dot, or a combo red dot with magnifier, it would be difficult to combine irons, if necessary, with optics. A short handguard also limits how far you can place a bi-pod or barricade stop. Again, it was not possible to run both options simultaneously.

The next year, RRA ramped up the RRAGE offerings with the G3 model. Eliminating the short carbine handguard, RRA fitted a 15-inch unit to extend the site radius and to provide room for additional handguard accessories. The newly designed handguard is an exceptionally low-profile design with a seamless blend to the upper. The upper receiver and handguard junction results a slick design that allows the shooter to move effortlessly without fear of snagging clothing. Moving to the barrel end of the handguard is a 2.690-inch section of Picatinny rail to allow for a front sight option or a laser/light combo of your choice.

At first glance, you wonder what the difference is between the 3G and 2G. First off, you get a 9.5-inch handguard. Pay attention also to the barrel and you’ll see a new stamping. Unlike the 3G, the 2G now comes with a 1:8 twist rate, allowing shooters to stabilize 80- to 85-grain bullets in a 16-inch barrel.

As a benchrest shooter and a long-range shooting enthusiast, I’m always looking to push things, and this rifle will do just that. I have used 69-grain Sierra-tipped MatchKings up to 1000 yards with little work. While not ideal, adding fifteen more grains of bullet weight and ballistic coefficient makes 1 MOA steel doable and 2 MOA steel a steal. Wind will, however, always be the nemesis of the .223 caliber bullet.

So, what else comes with this rifle? As mentioned, RRA takes pride in their firearm design and construction. This rifle comes equipped with the RRA six-position collapsible M4-style carbine stock and A2-style hand grip. An original 30-round magazine made in-house is also shipped with your 6.5-pound rifle. The bolt runs by a carbine length gas system. Trigger pull weight breaks crisply at 6.2 pounds, according to a Wheeler Engineering pull gauge. 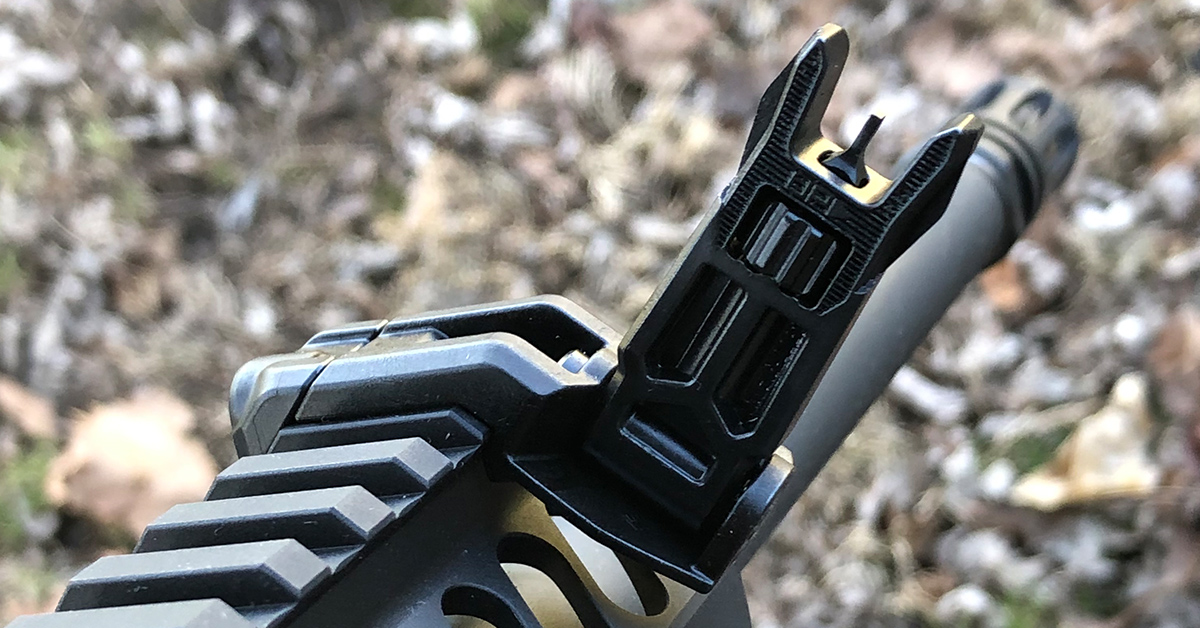 The upper receiver and free-floated handguard are made of light but strong extruded T6061 aluminum along with the optics-ready flat top. Made in-house, quality control can catch any issue before it leaves the factory. The lower receiver is made of forged aluminum, giving it the strength necessary to handle whatever you throw at your rifle.

Going to the range was a joy. Being mostly a bolt guy, cutting loose with a semi-auto rifle is a nice change of pace. Since receiving some new lubricating and cleaning product from Real Avid, getting the rifle ready was a cinch. A big nod goes to Black Hills Ammunition, Barnaul, Berger, Fiocchi, and Hornady for digging deep to find ammunition for this accuracy test. 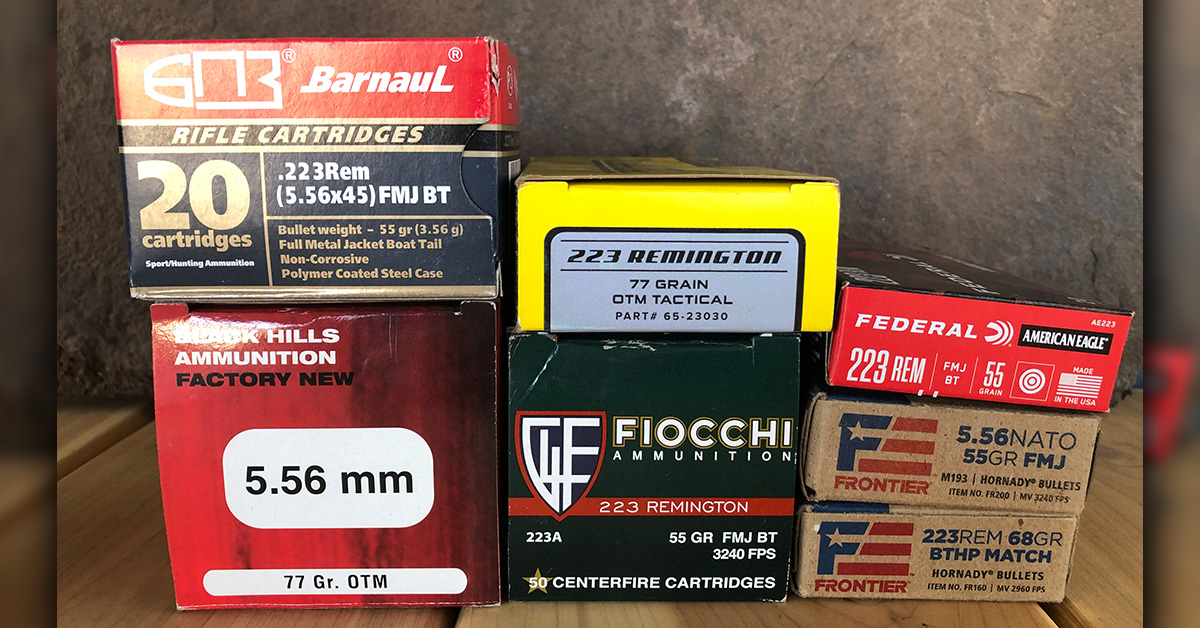 The winner on the day is a new offering from Berger Ammunition. Their new 77 OTM offering shot the best group at 2611 fps average and standard deviation of 20 fps, producing a five-shot group of .618 inches. Second place goes to Hornady’s Frontier 68-grain boattail hollow-point coming in at .771 inches at an average of 2667 fps and a standard deviation of 15 fps. I found that this rifle did not care too much for the 55-grain offerings. Federal’s 55-grain FMJ boattail produced the best group at 1.123 inches while the steel case Barnaul was not working with this barrel, landing last at 2.740 inches.

Functionally, the rifle was a gem. Real Avid’s gun oil kept the bolt carrier group running flawlessly. Topping the RRAGE 2G was a Riton Patrioptic 1-8×28 scope with a green reticle affixed to a Contessa QD mount. Over multiple strings of fire, there were no misfires or stove pipes. There were no jamming issues with the magazine or double feeds. Brass ejected uniformly for each ammunition used. While shooting the rifle, it felt solid without any sloppiness between the upper and lower. This definitely aided in accuracy. 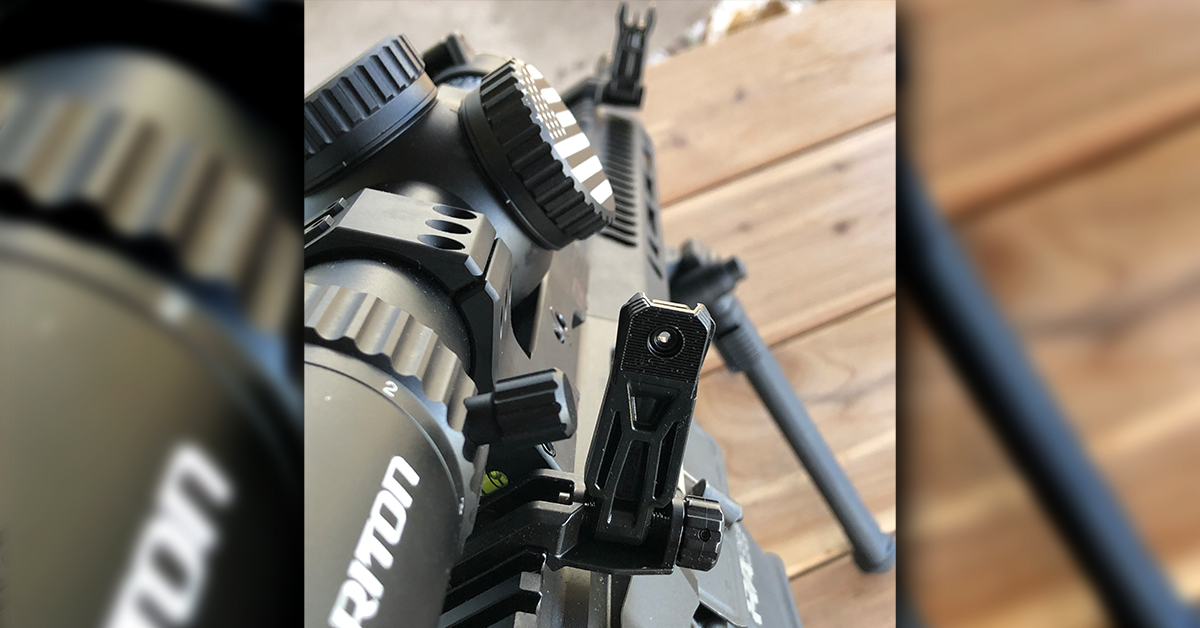 I like that the RRAGE 2G comes with a 1:8 twist barrel, allowing the use of all weight bullets up to the 85-grain weight range. Solid, sleek lines and the additional Picatinny rail at the front of the handguard allows for a greater site radius if you choose to run iron sights. At 6.5 pounds without an optic, it makes the rifle suitable for your range and home security needs.

As an Army veteran, I would like to see a forward assist. In the heat of battle or competition, a jam costs you time. Being able to slam the forward assist could prove its worth. That MILSPEC trigger needs some help. It is crisp, yes, but going from a 10-ounce target trigger to a 6-pound trigger is like trying to move a concrete block with your big toe. A Rock River two-stage match trigger or even a 3-pound single-stage trigger would be a recommended upgrade. 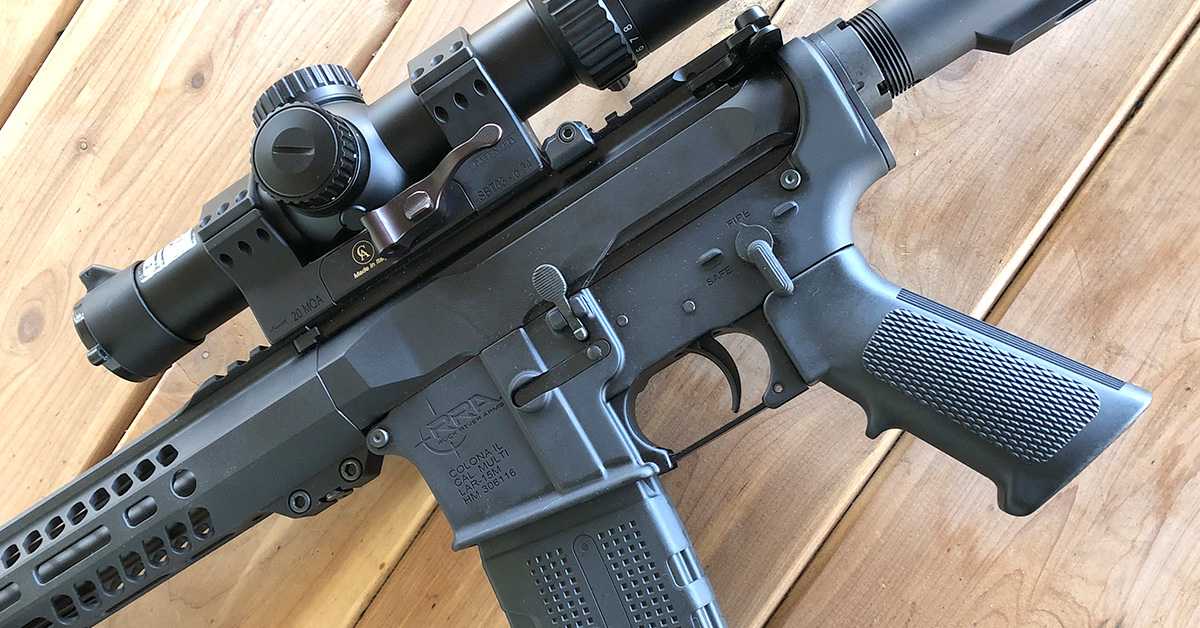 Overall, this is a good, solid rifle. With an MSRP of $860, it is a capable rifle at great price point. If you’re looking begin your 3-Gun or short-stage PRS competition endeavors, the Rock River Arms RRAGE 2G may be your ticket.

On a side note, this rifle is not available directly from Rock River Arms, as it is an exclusive to national distributor RSR Group. Ask your local dealer for ordering information.

Building on the original G3 9mm’s success, the Taurus G3 Tactical is suppressor- and…